For the 2014-2015 theatrical season’s communication campaign, Lupo Burtscher selects the “Stories” project by the Meran photographer Christian Martinelli. “Stories” is a 17-year-long story that takes the form of a collective album of memories, stories of friendships, love and transience around the life of a friend. The work of Christian Martinelli in this way becomes the “background” and the expanded context for communicating the season’s theatrical productions. 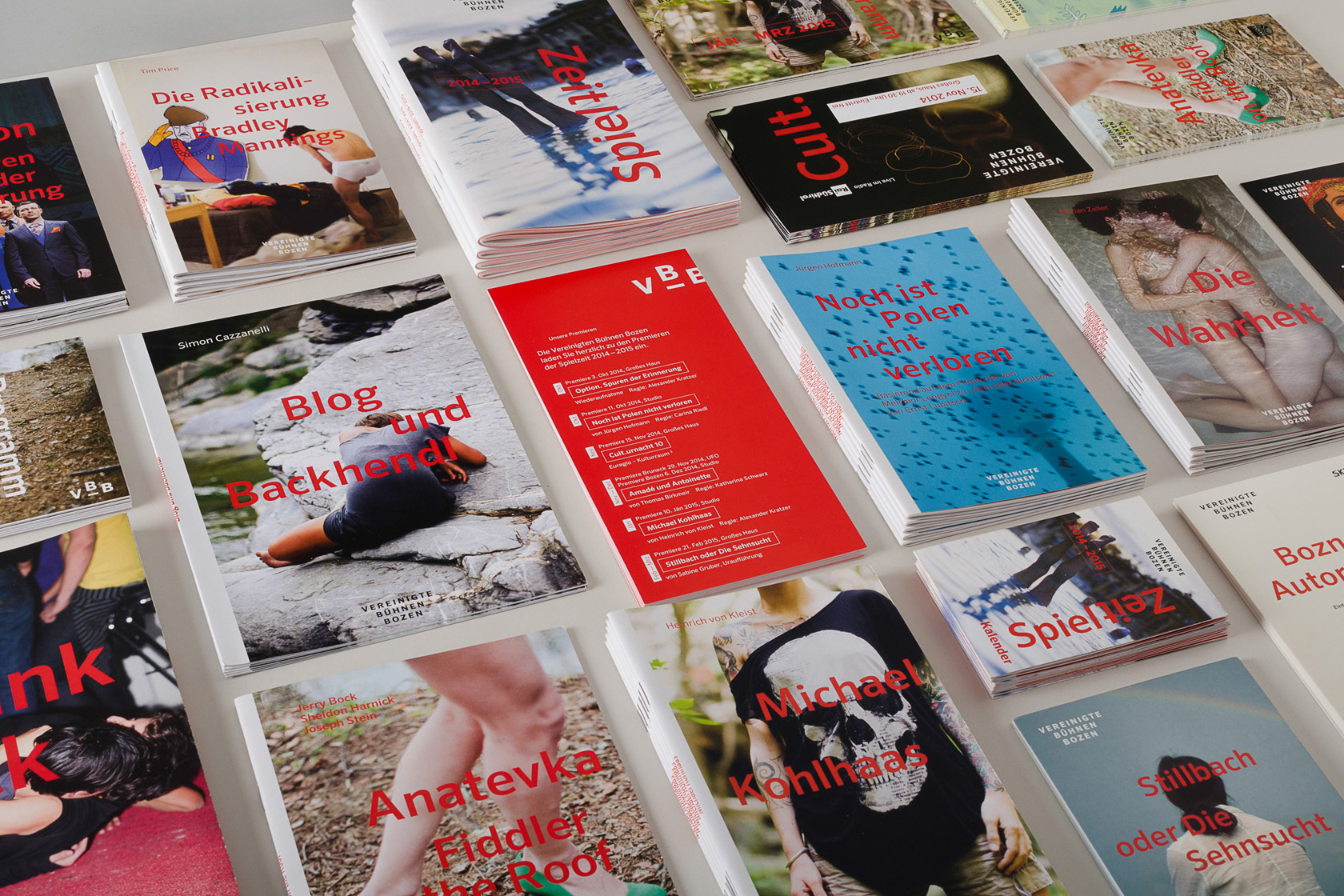 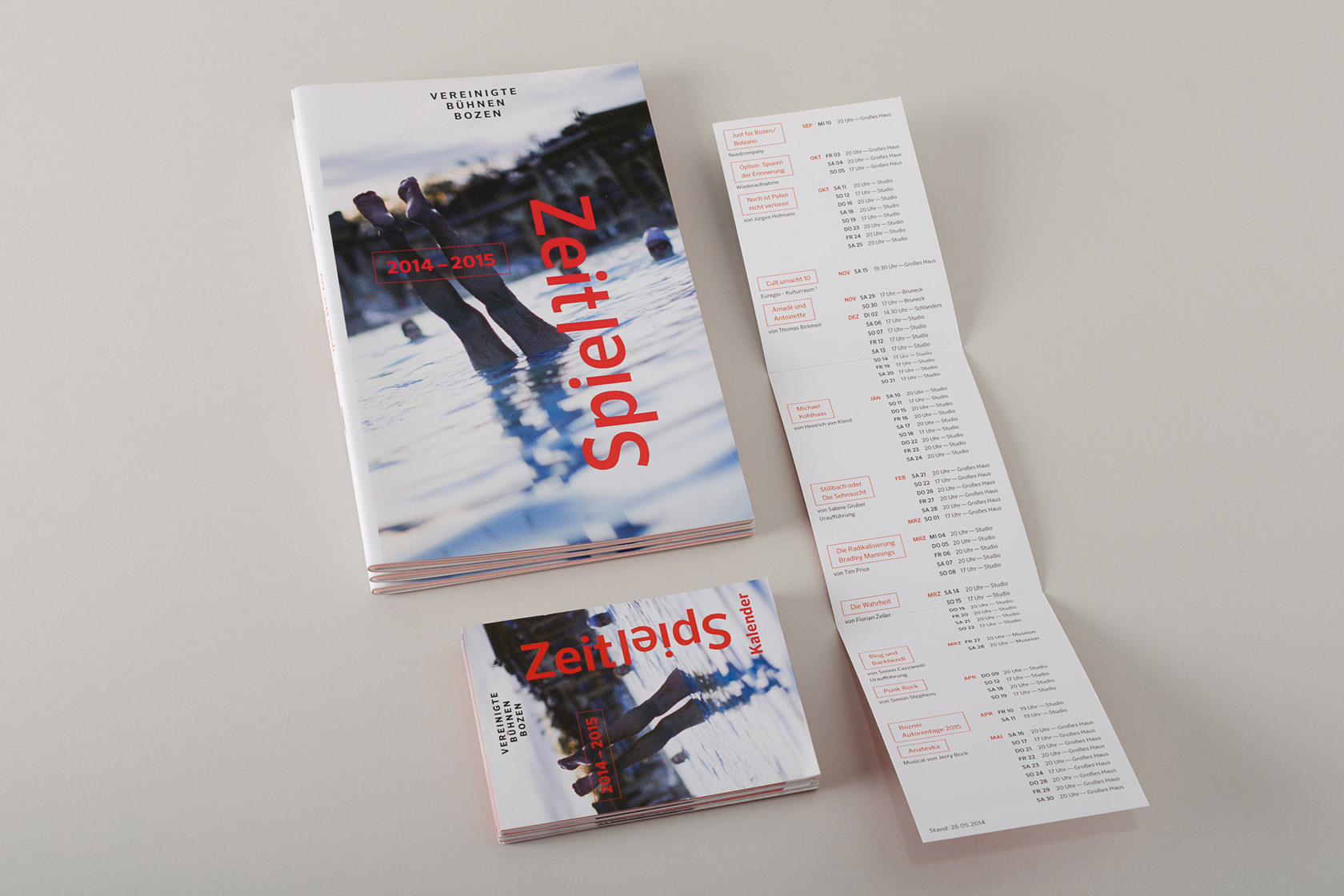 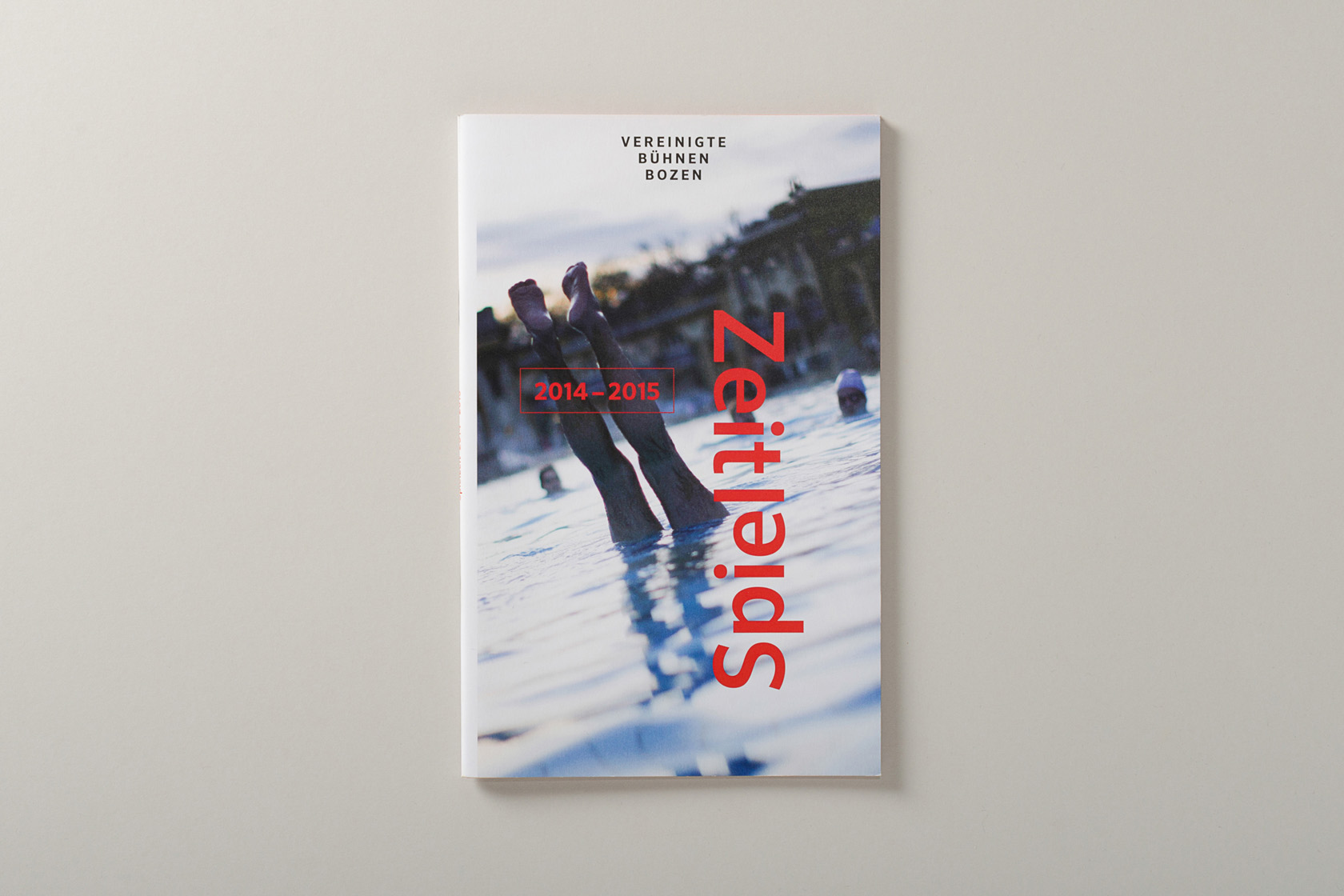 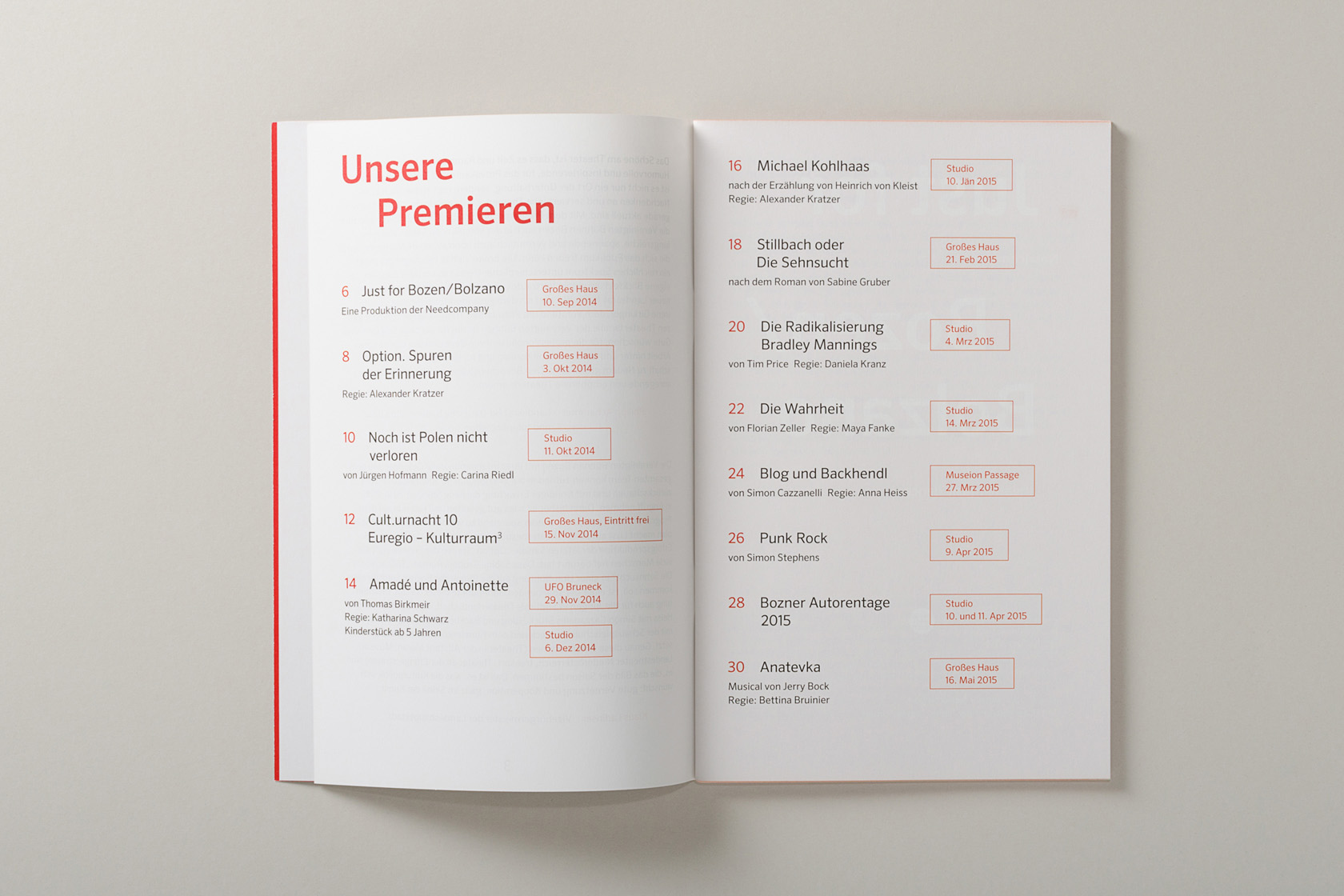 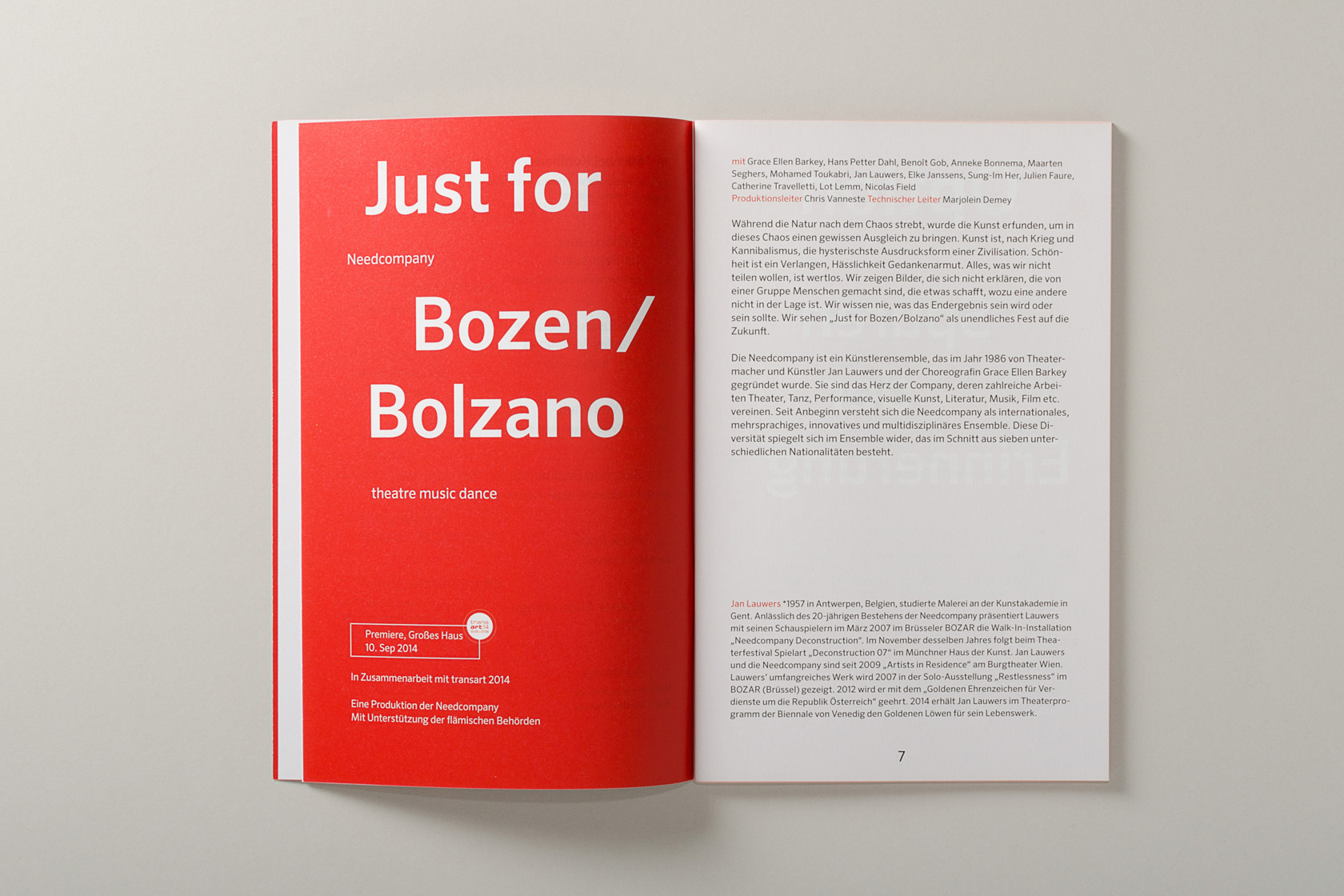 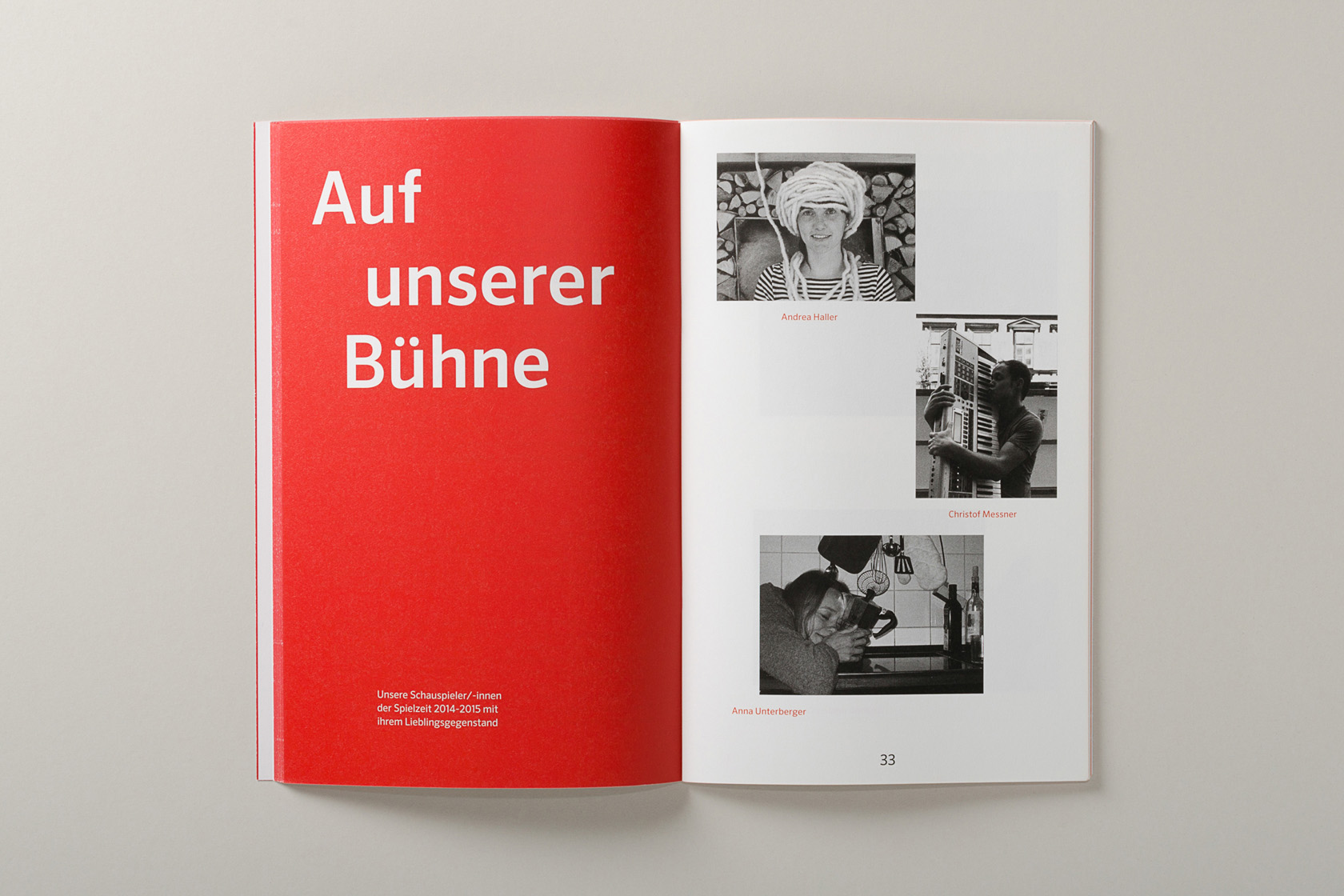 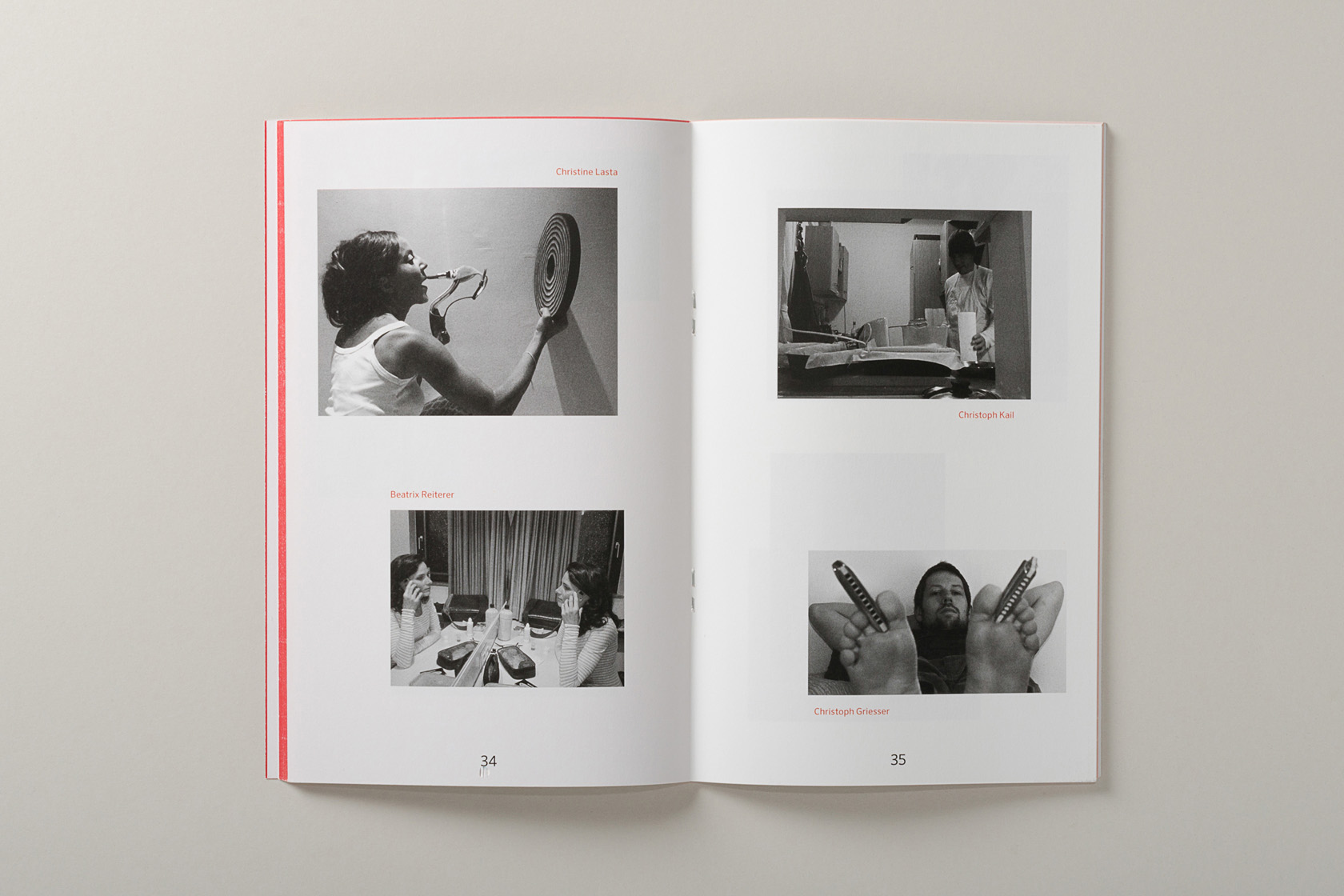 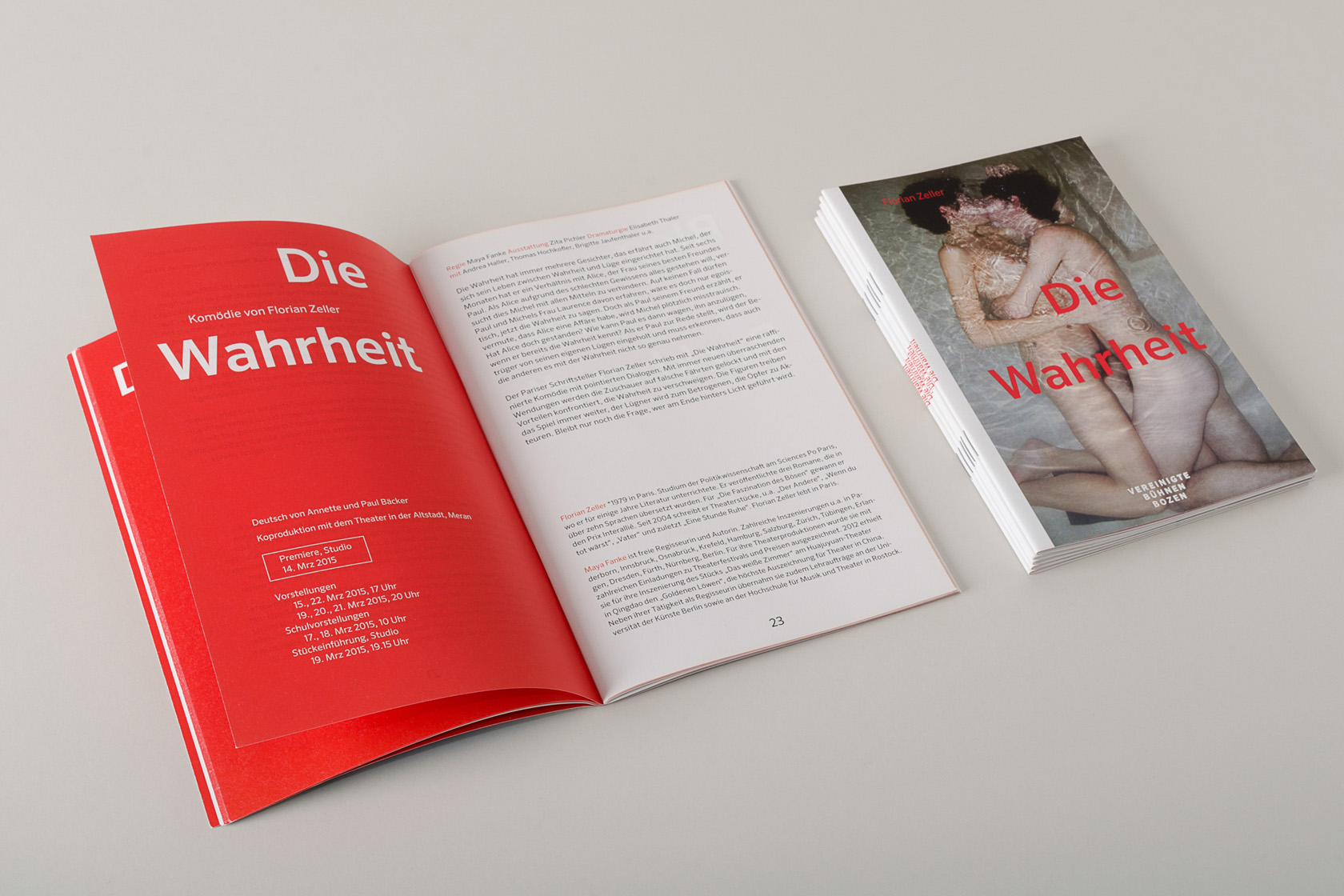 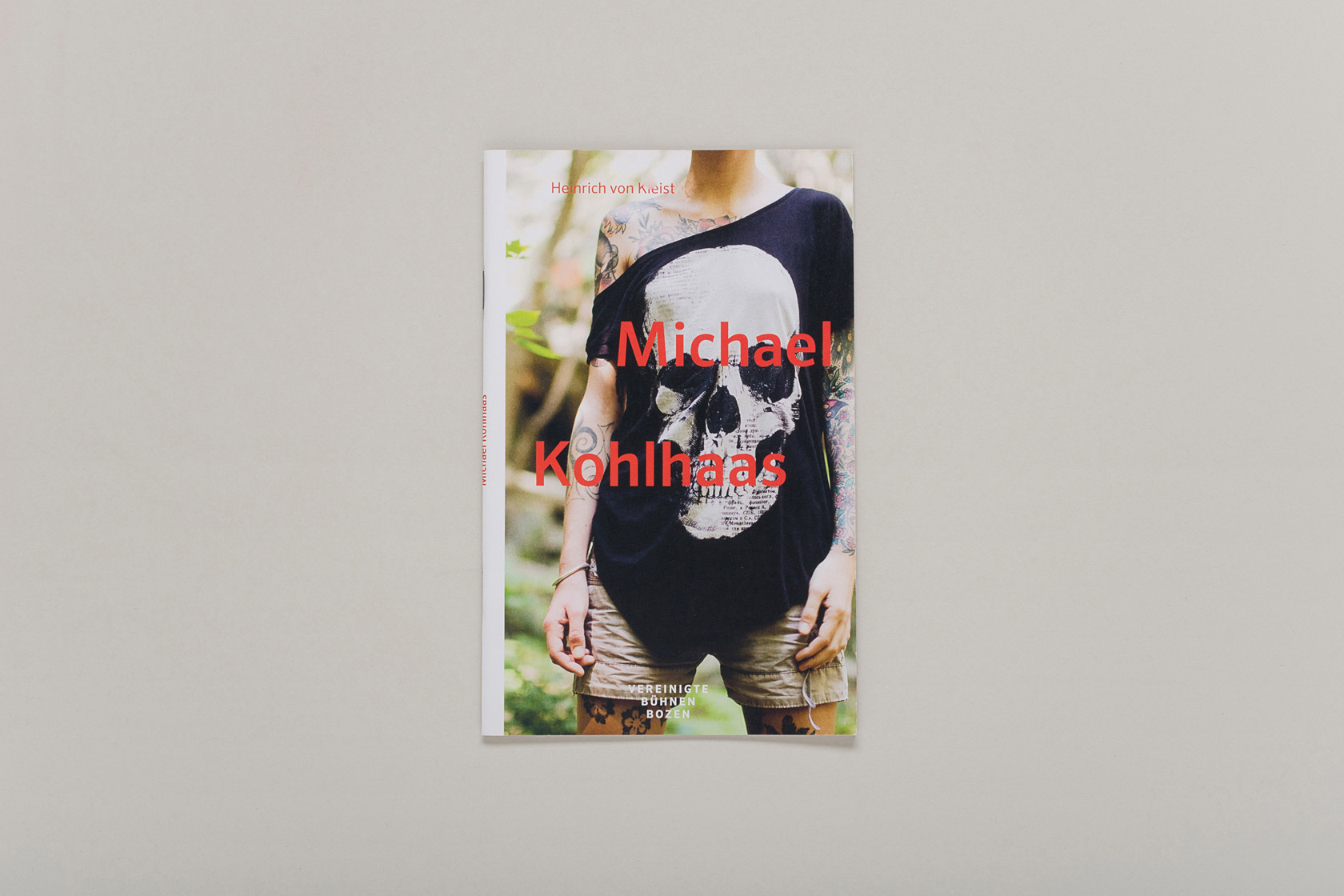 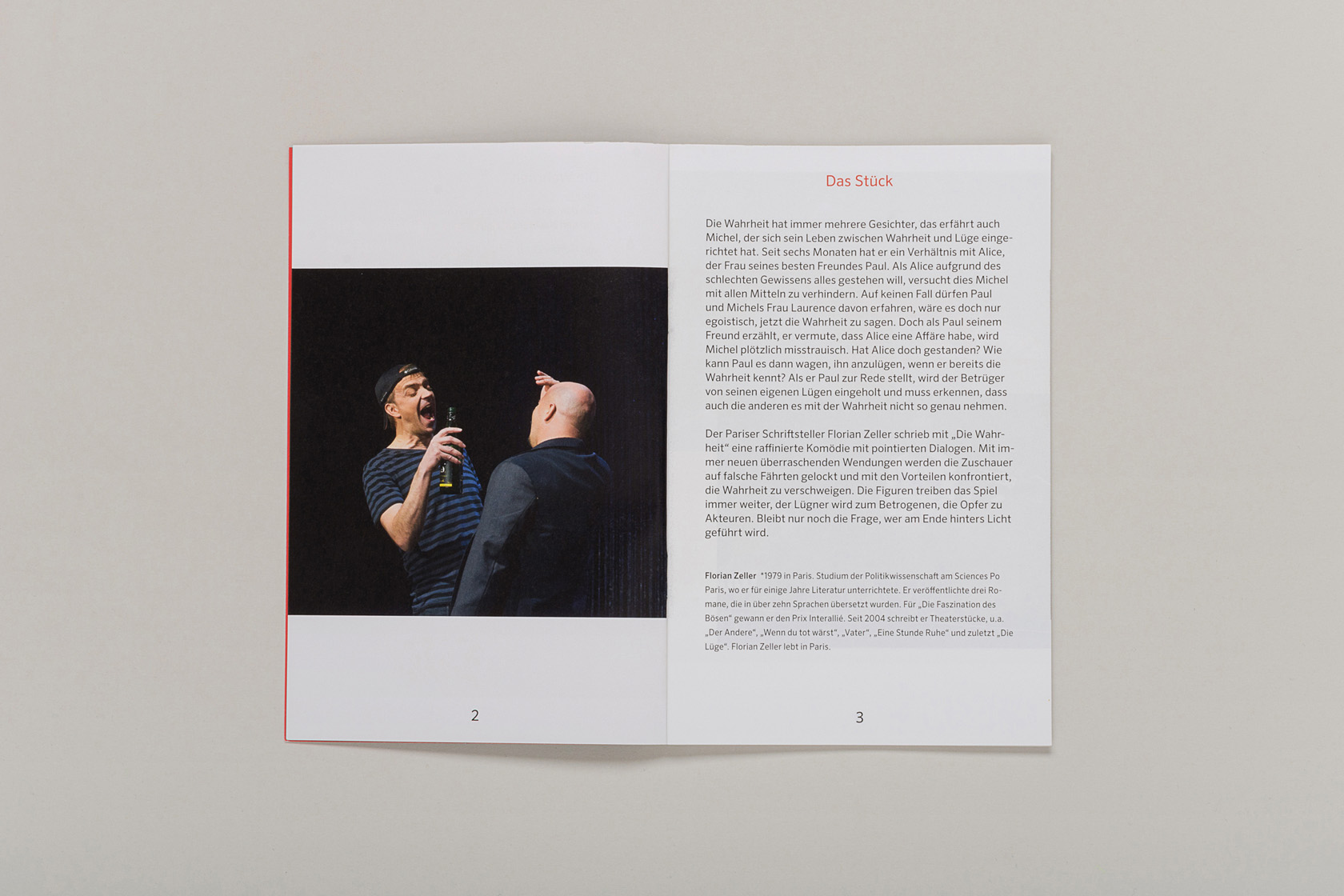 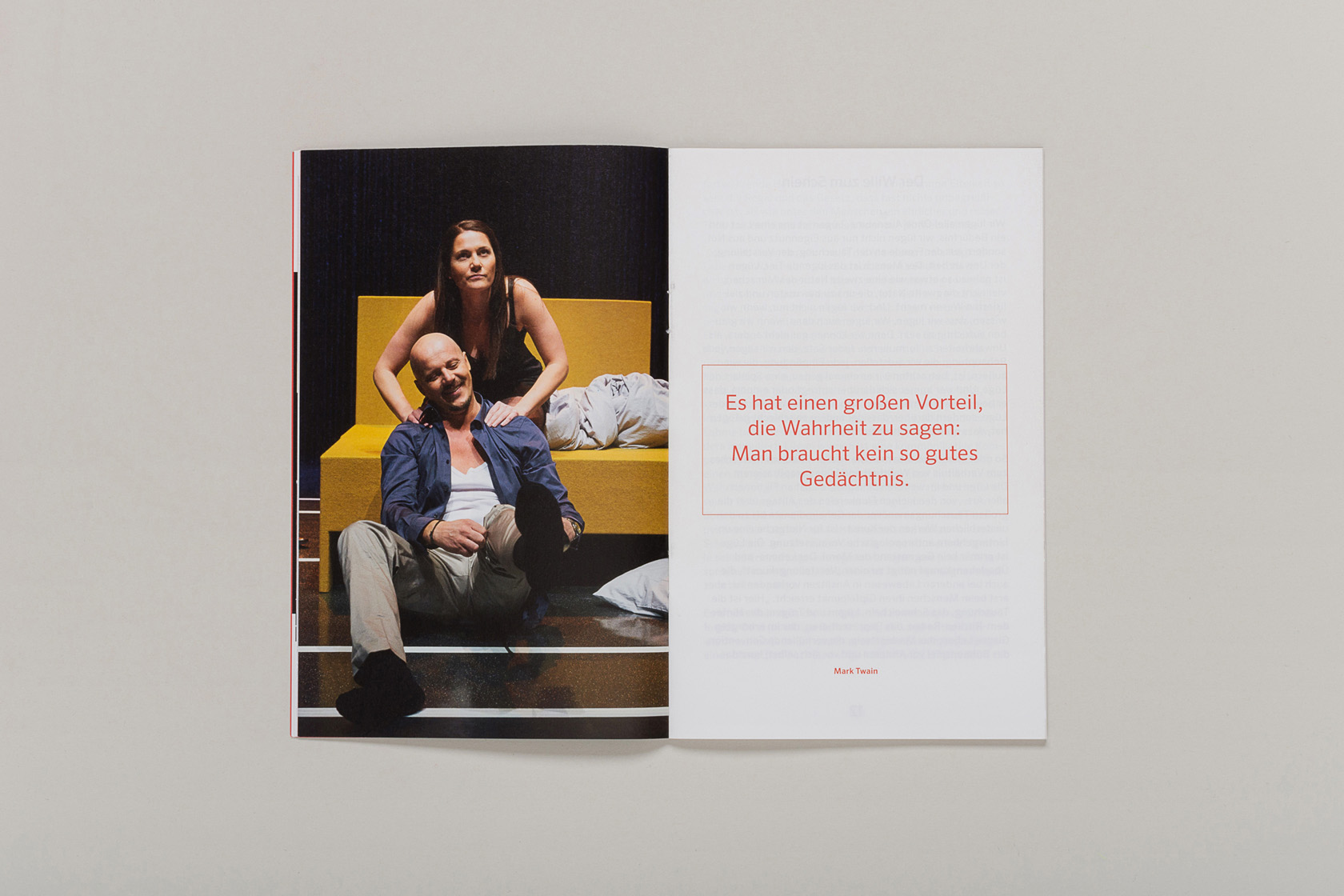 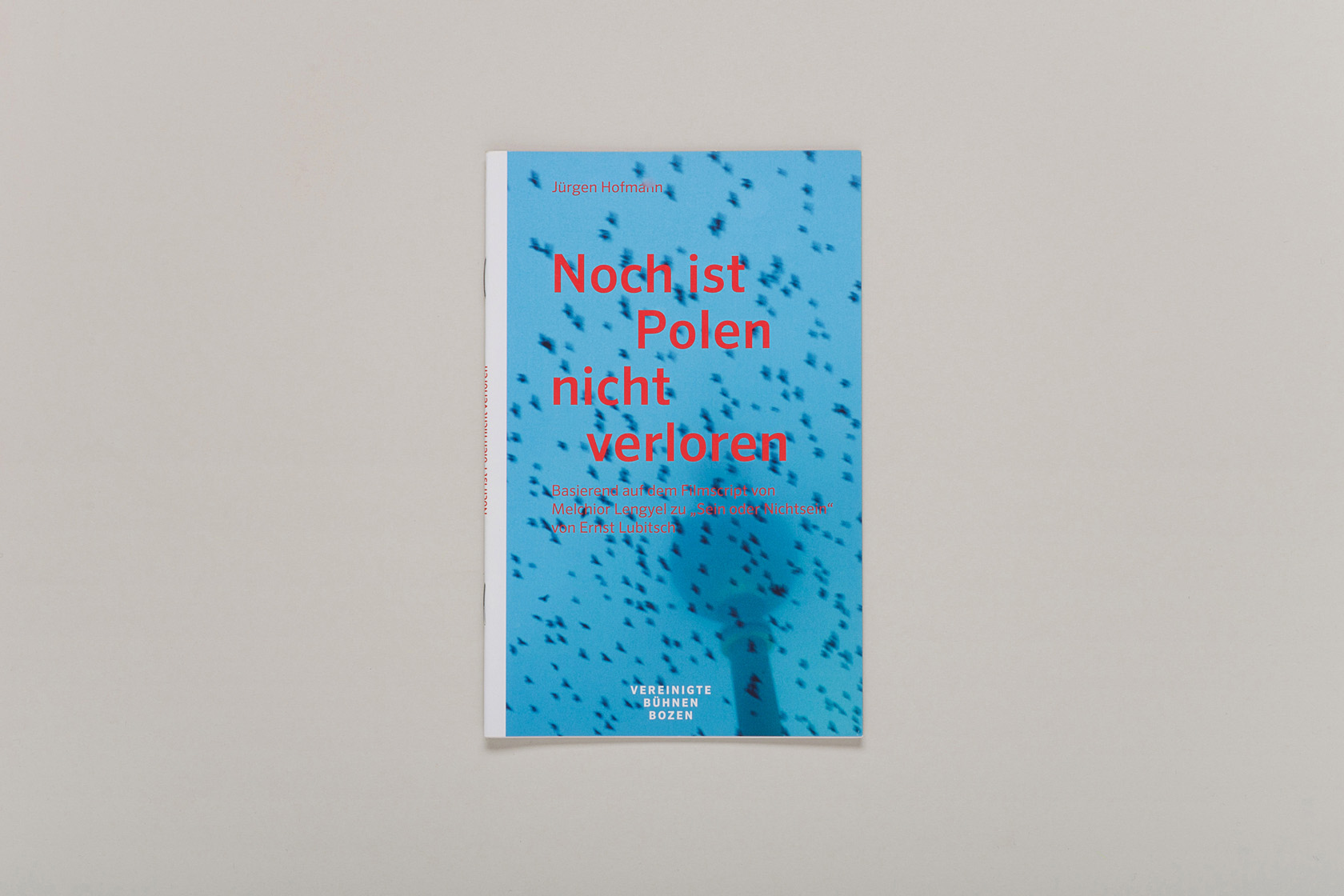 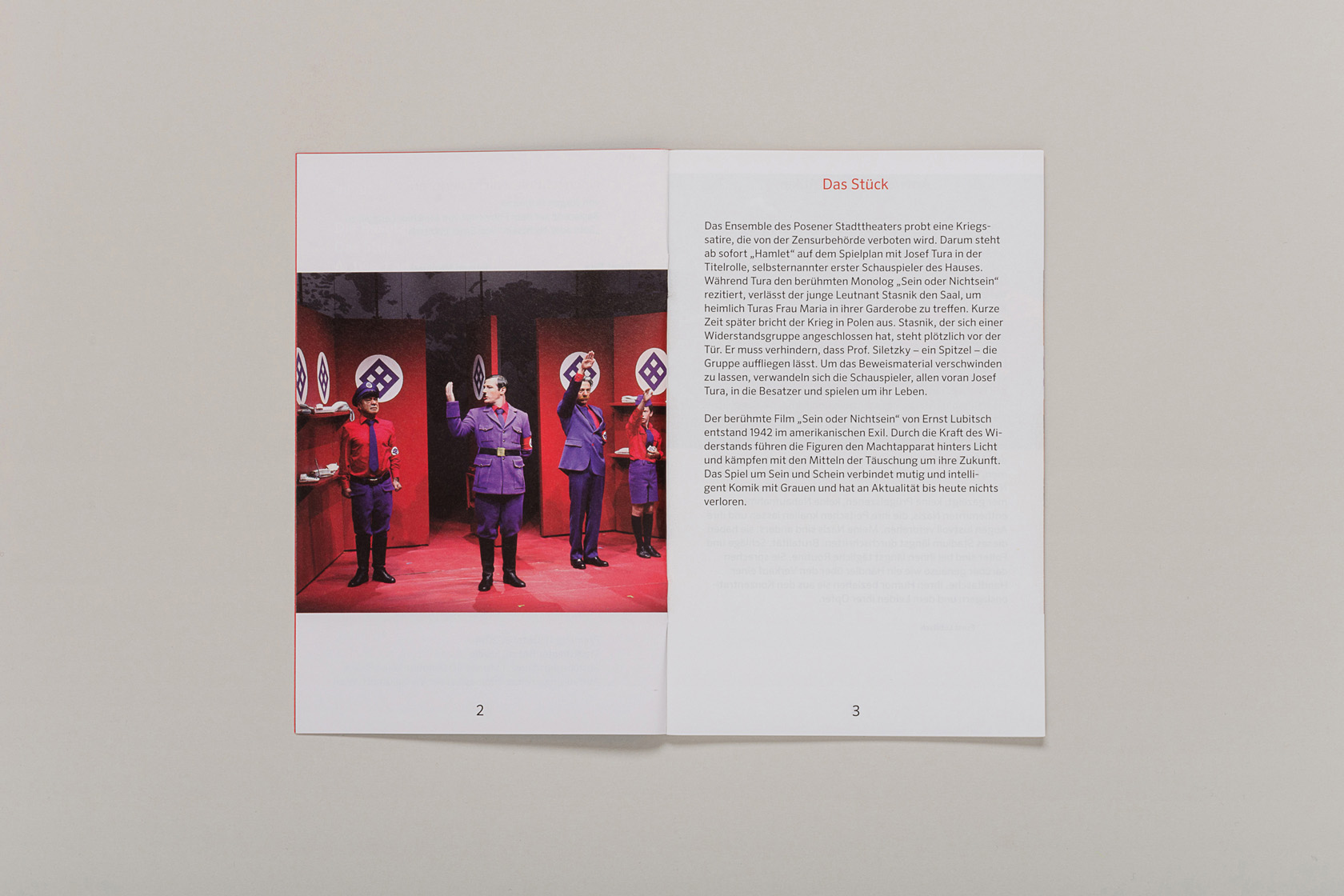 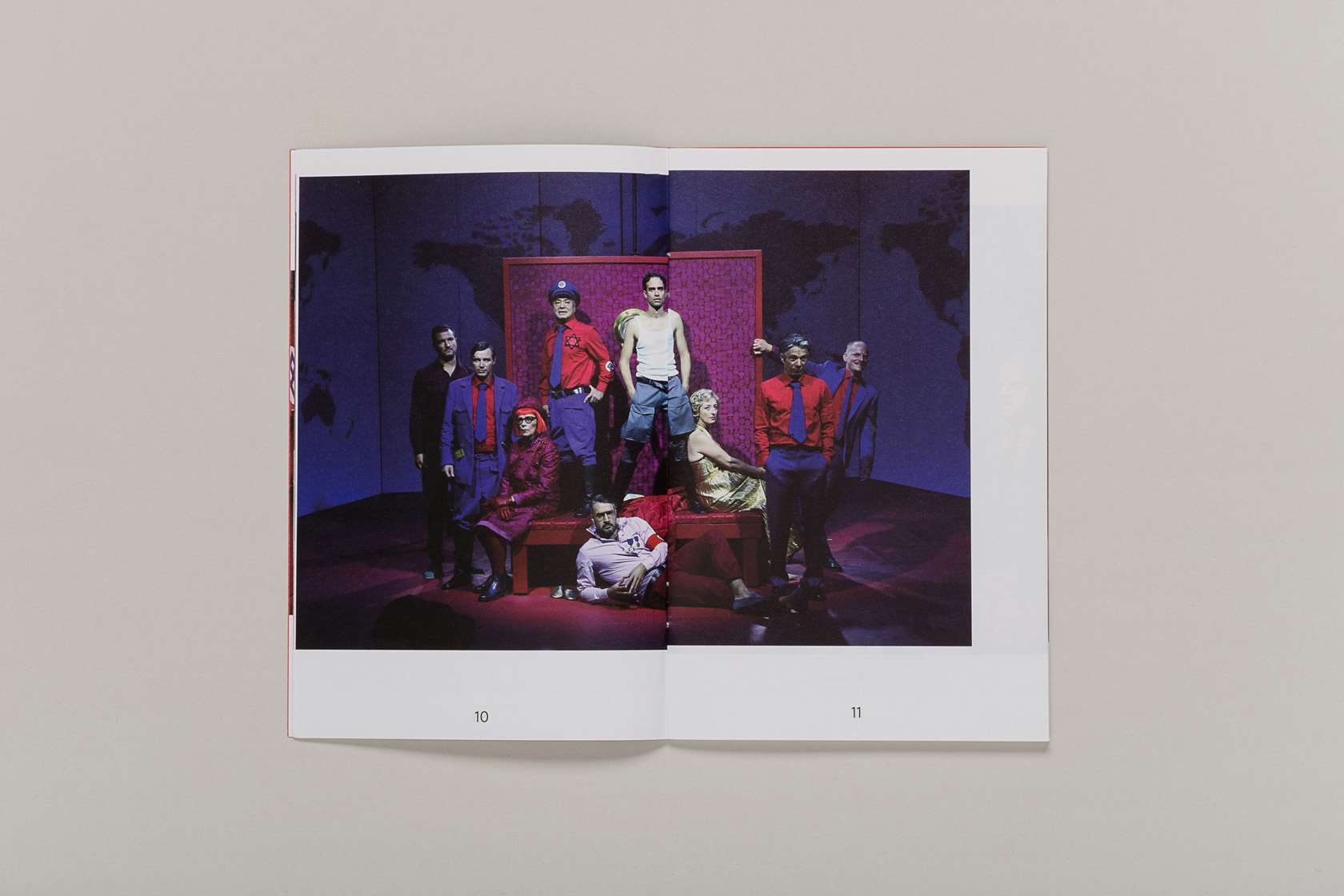 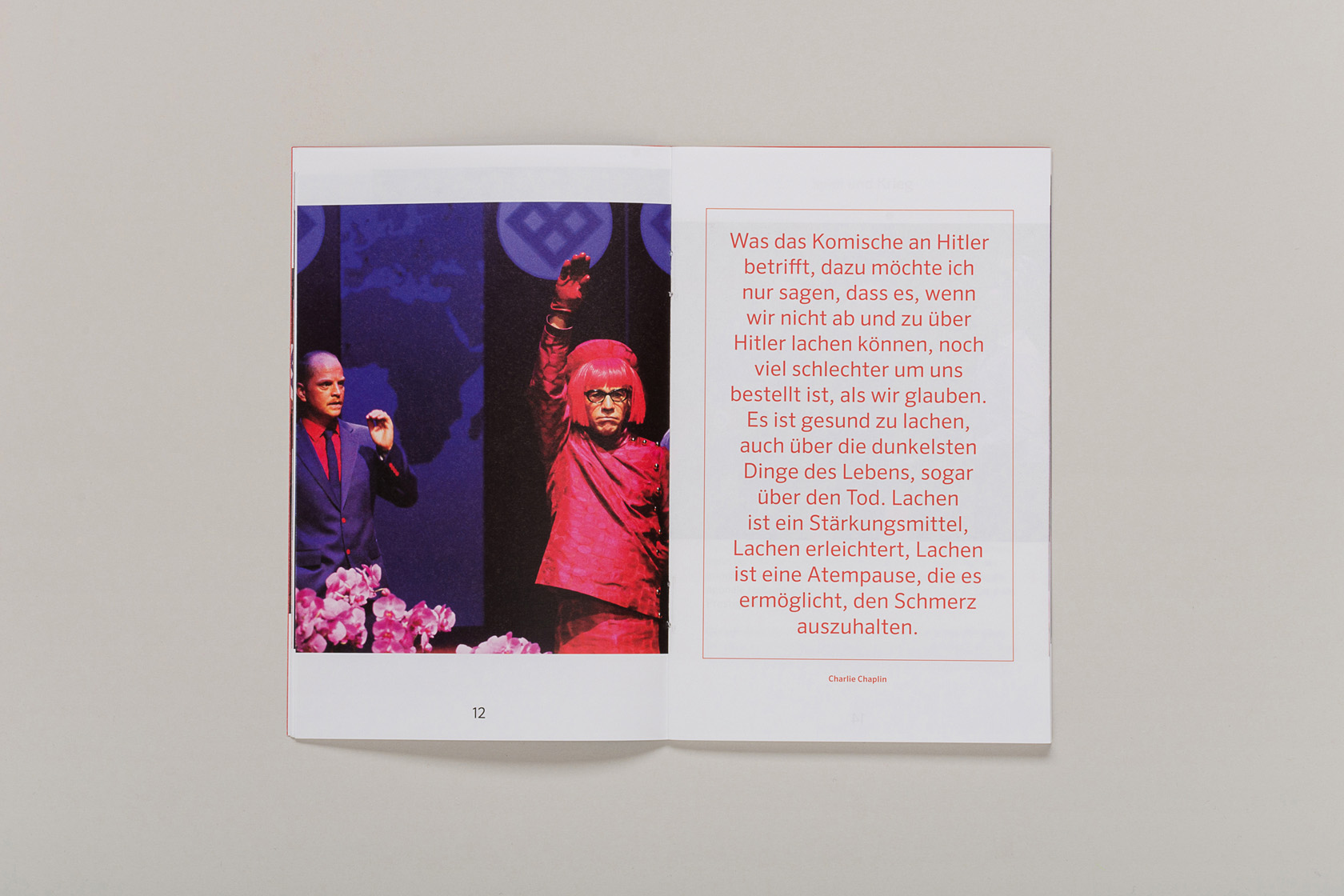 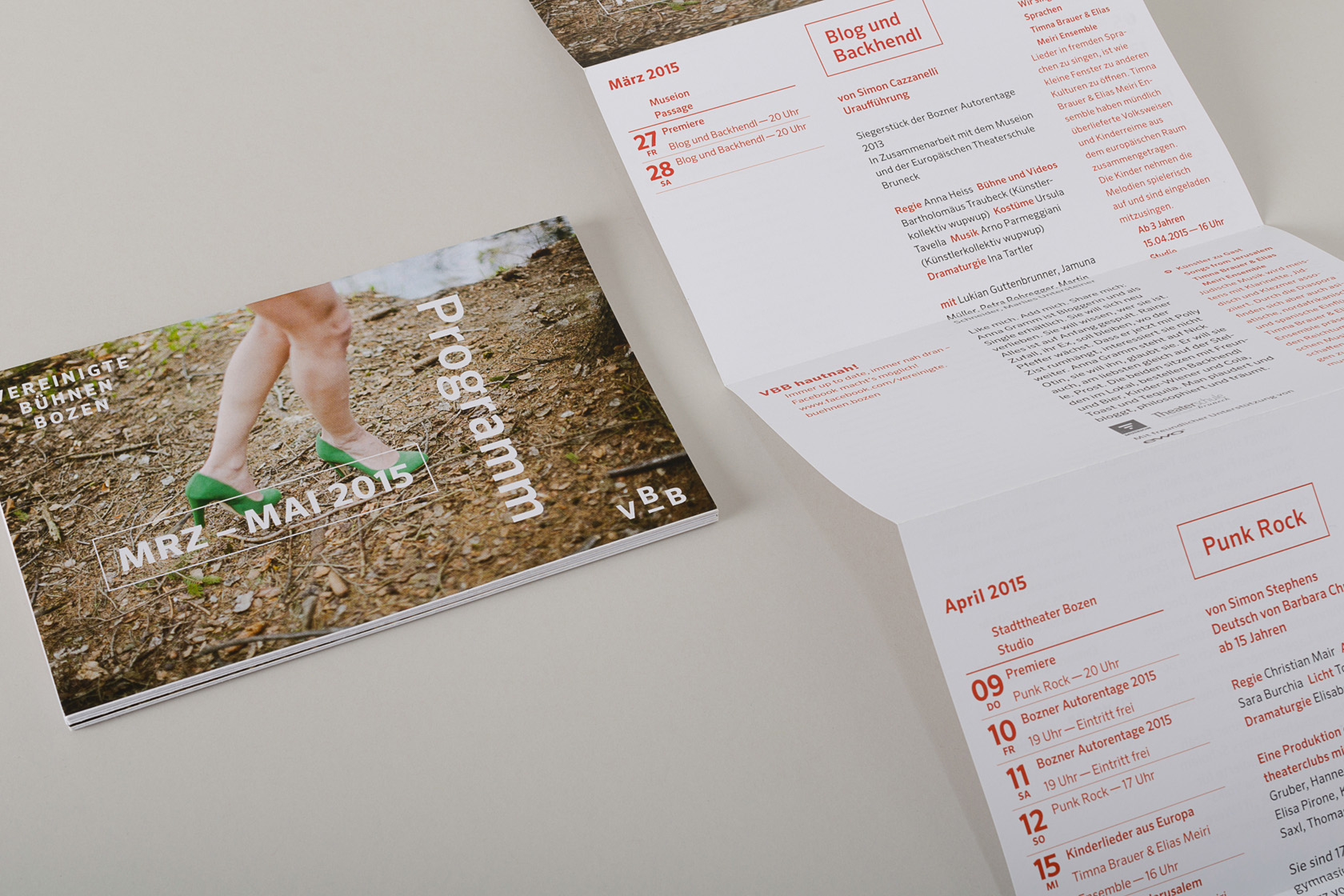 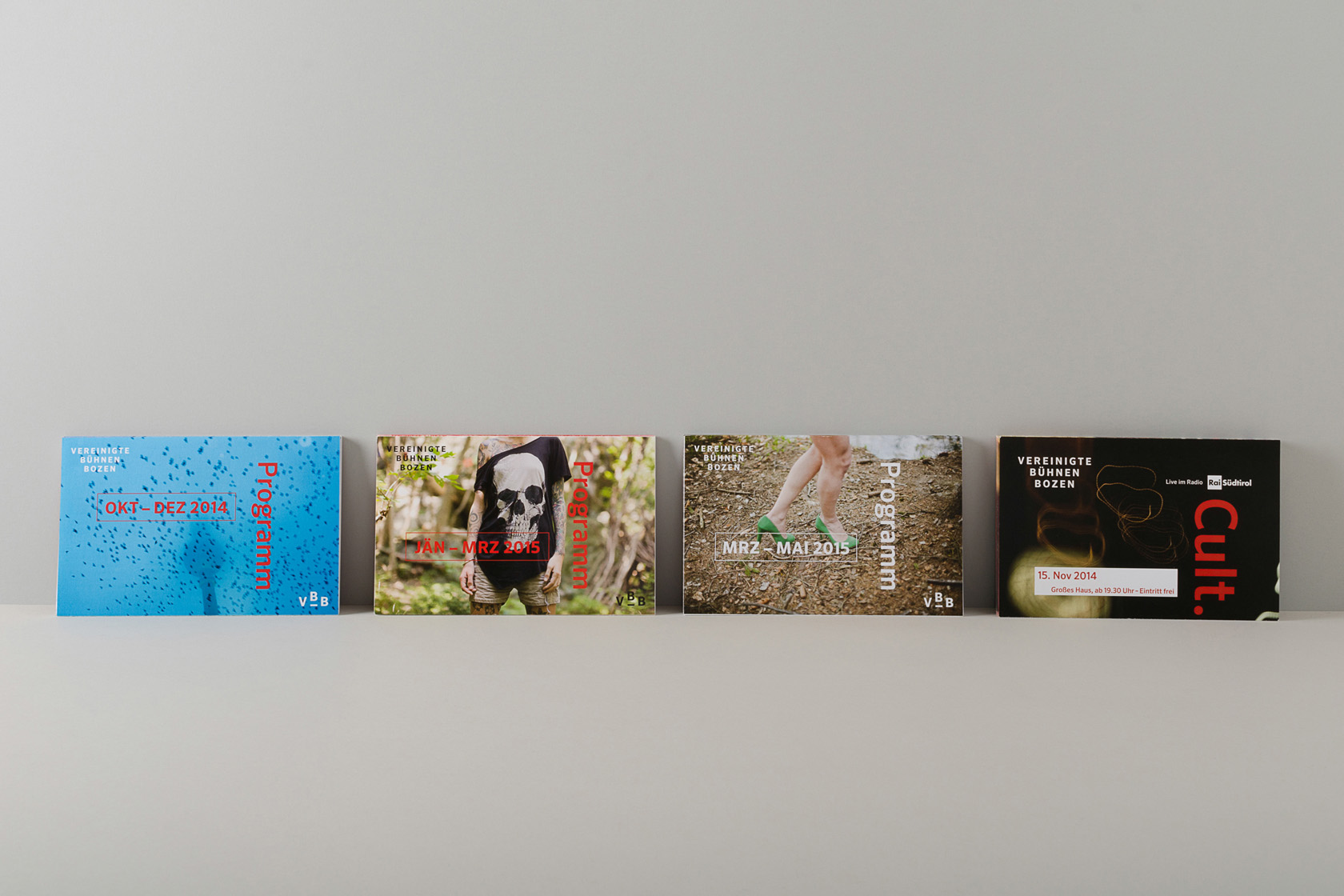 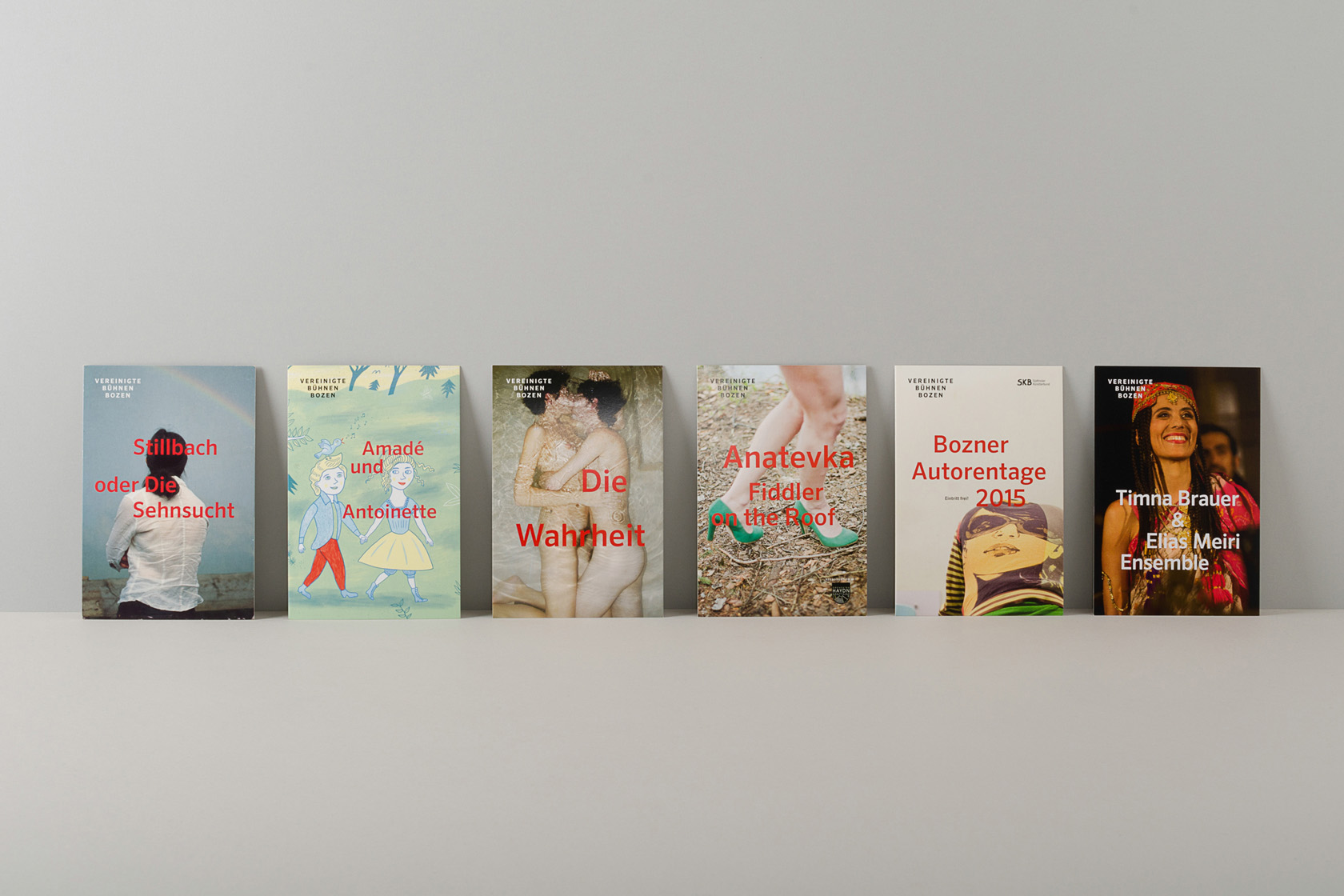 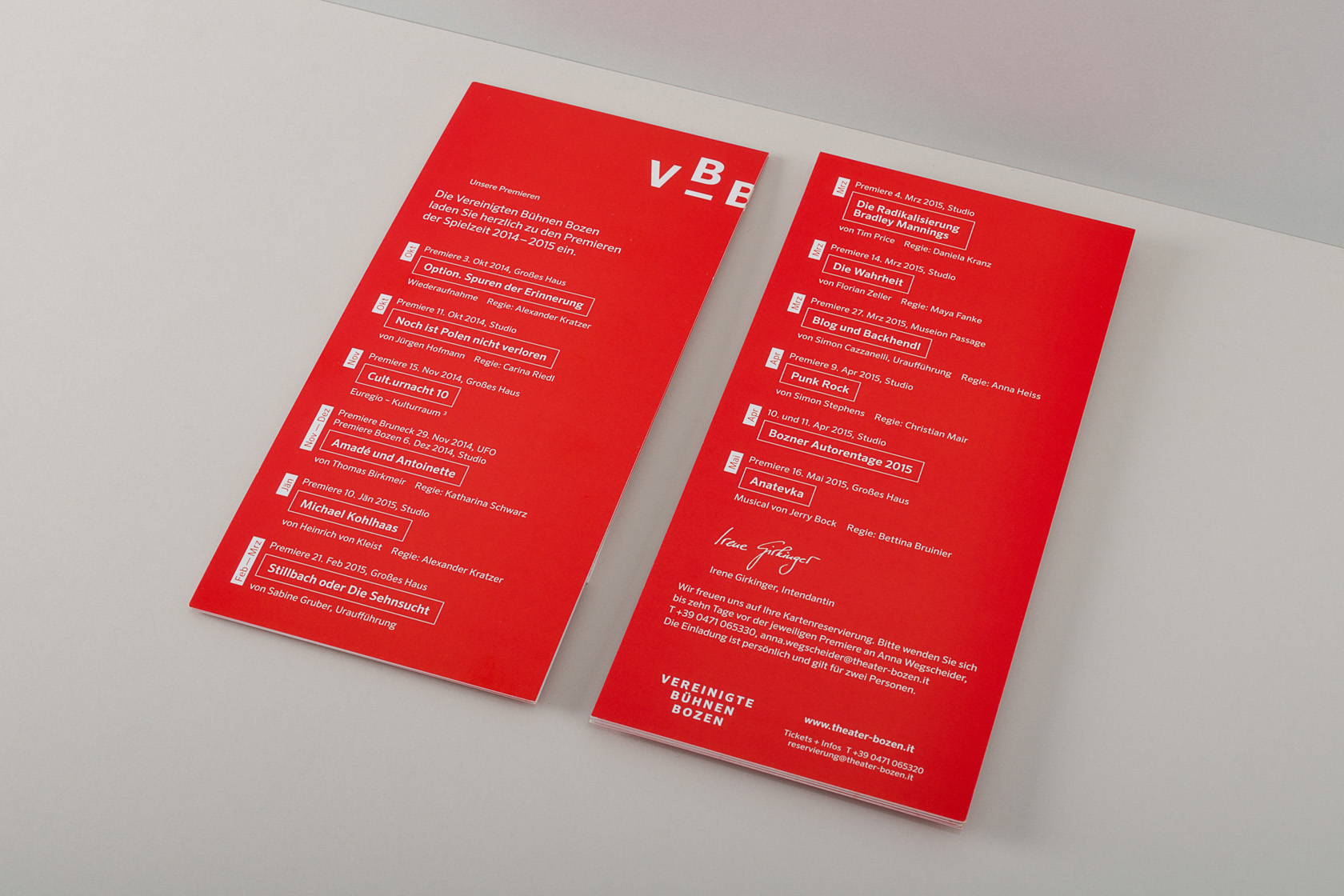 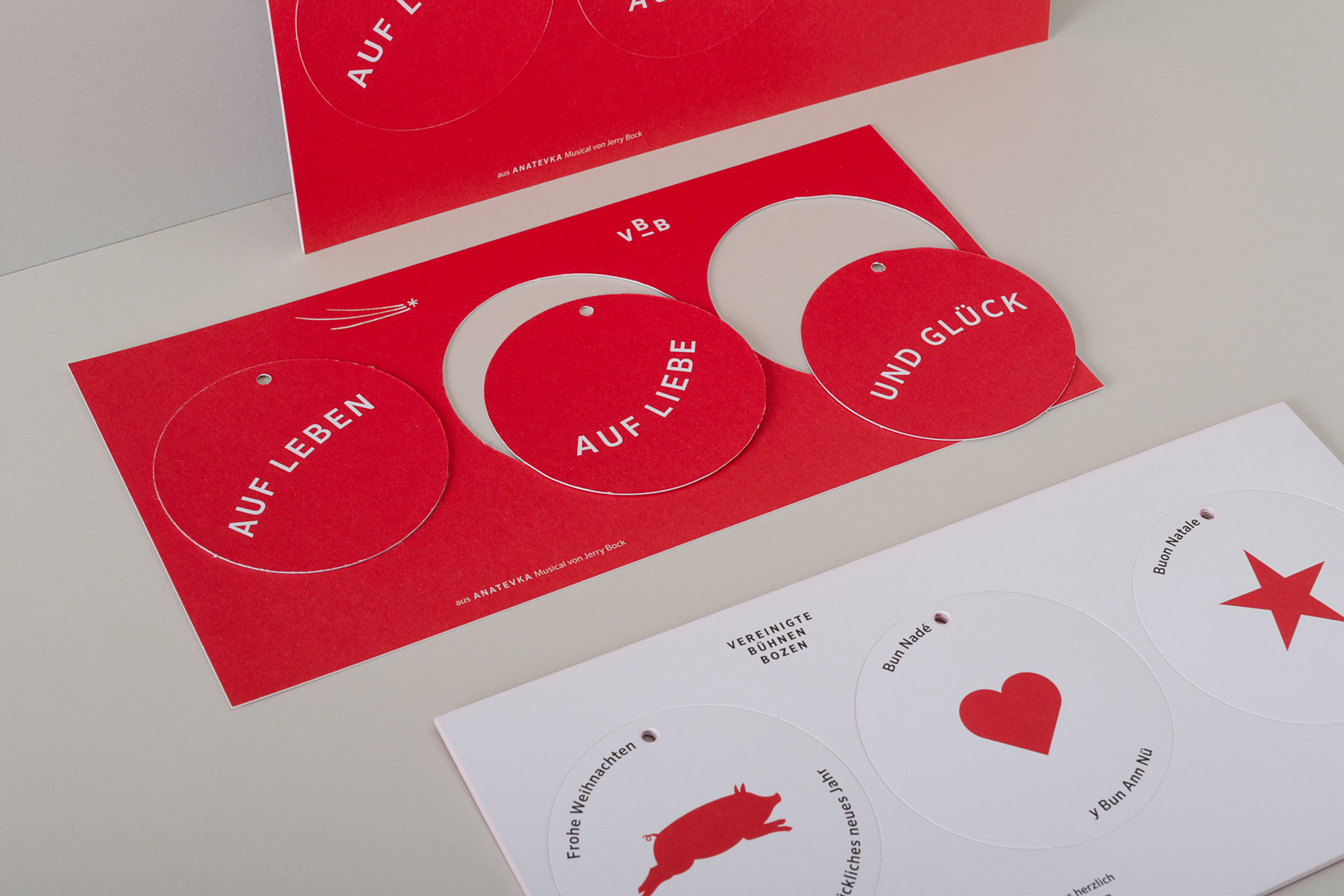 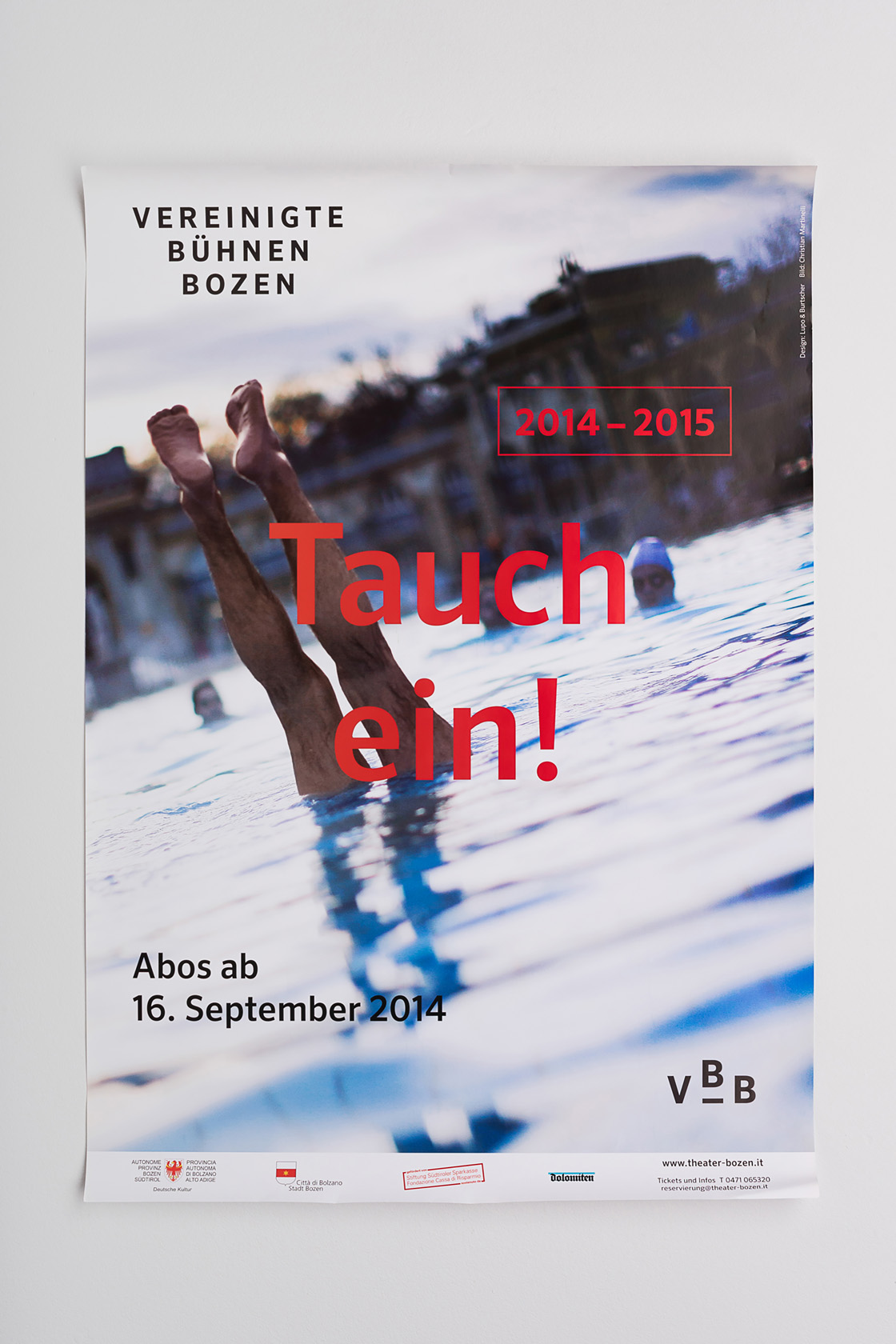 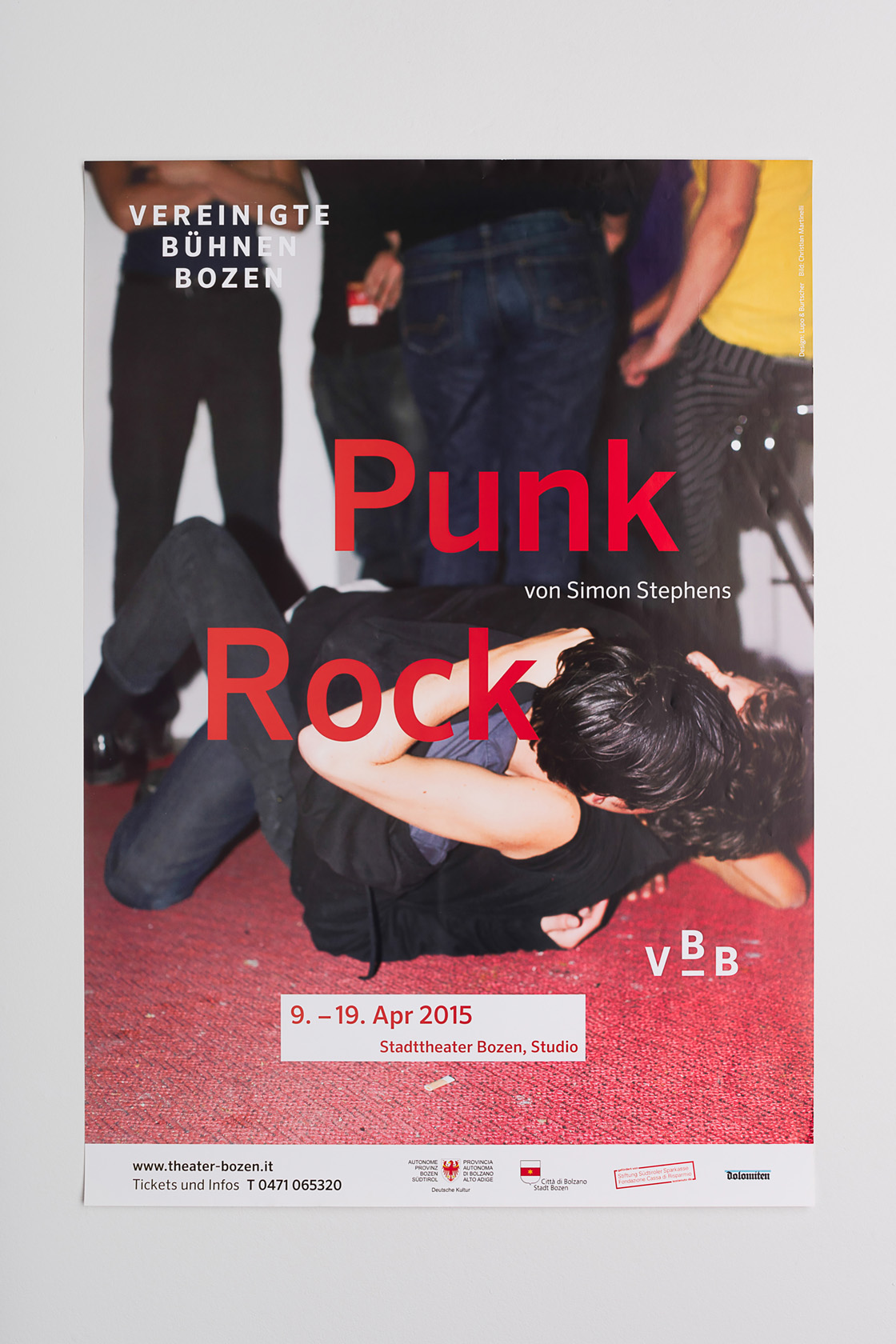 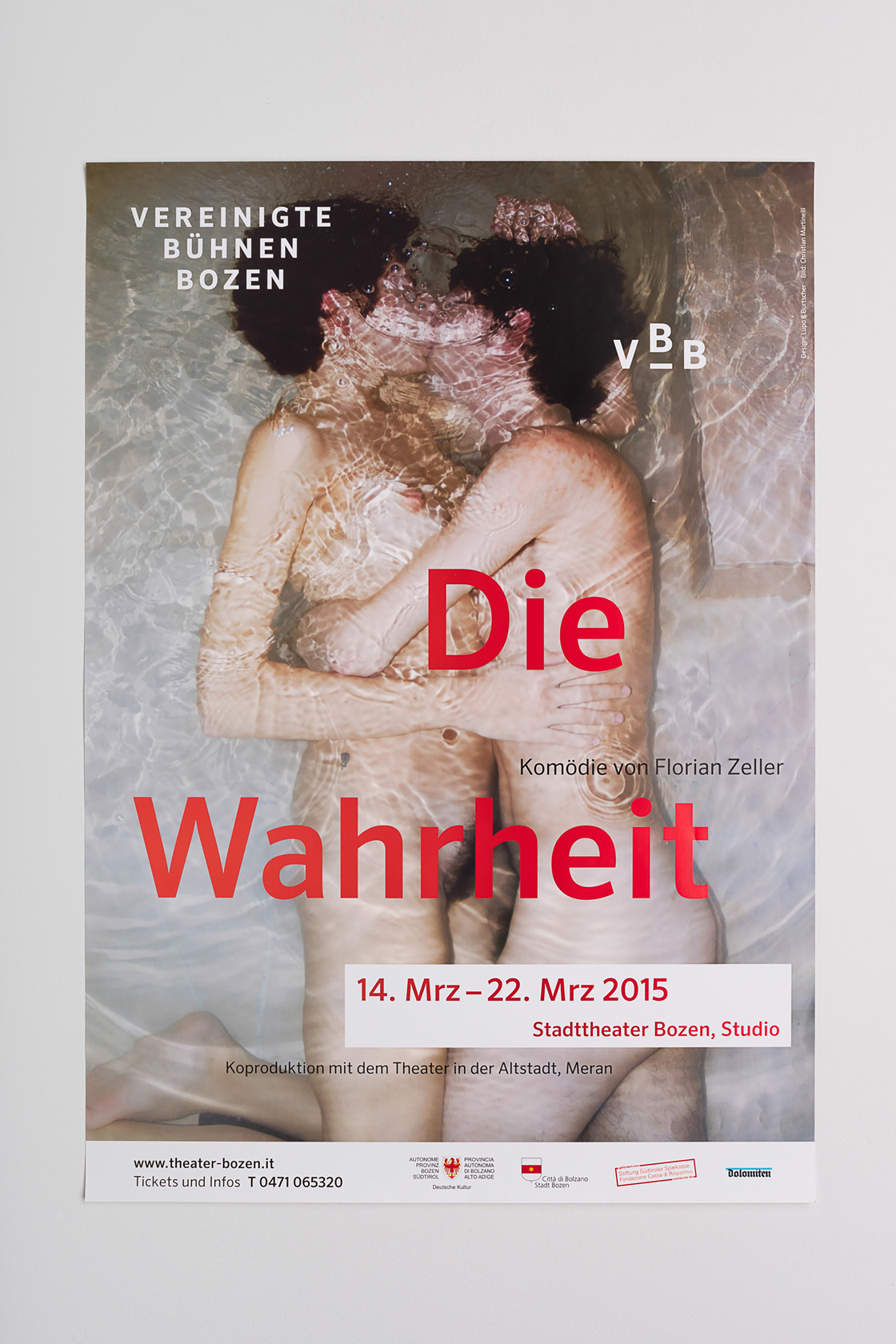 Starting in 2012, Lupo Burtscher has been developing the Vereinigte Bühnen Bozen (VBB) theatre season’s yearly campaigns. In 2012 it also redesigned their visual identity, introducing the acronym VBB. For each theatrical season the dominant colour changes as well as the various titles, which take on different forms, each time playing with typographic experiments. A special story in pictures translates the vital soul of the theatre and the visual identity of each season, thanks to the contribution of a local artist or photographer selected each year. From this a project is born where artistic practice gives volume to the theatrical season. It is a visual path that is completed gradually, using all communication instruments available to the point of it physically entering the foyer, thanks to “Kunst zu Gast”, a programme created specifically to present a new work by the artist.

Art is inserted into the theatre generating a short circuit for the public: on posters, brochures, programmes and gadgets, the image is no longer a theatrical stage direction but defers to another artistic idea. Theatre as experimentation and contamination. The public as active participants: looking at a poster is not just being subjected to an image. It is an opportunity to reclaim public space from the predominant advertising presence in favour of a proposal for freedom of expression that conveys the sense of what the arts defend, whether visual, theatrical or other. 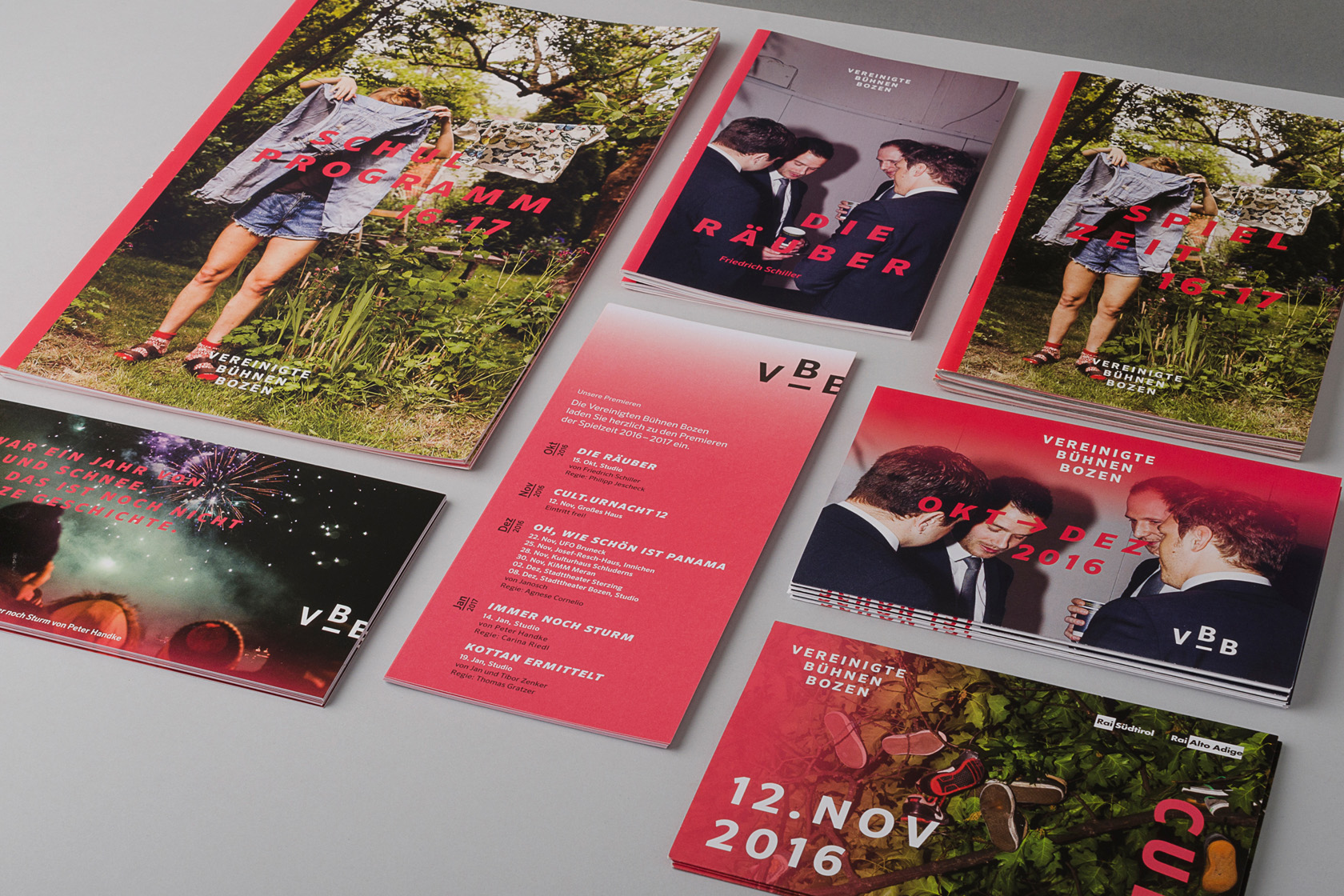 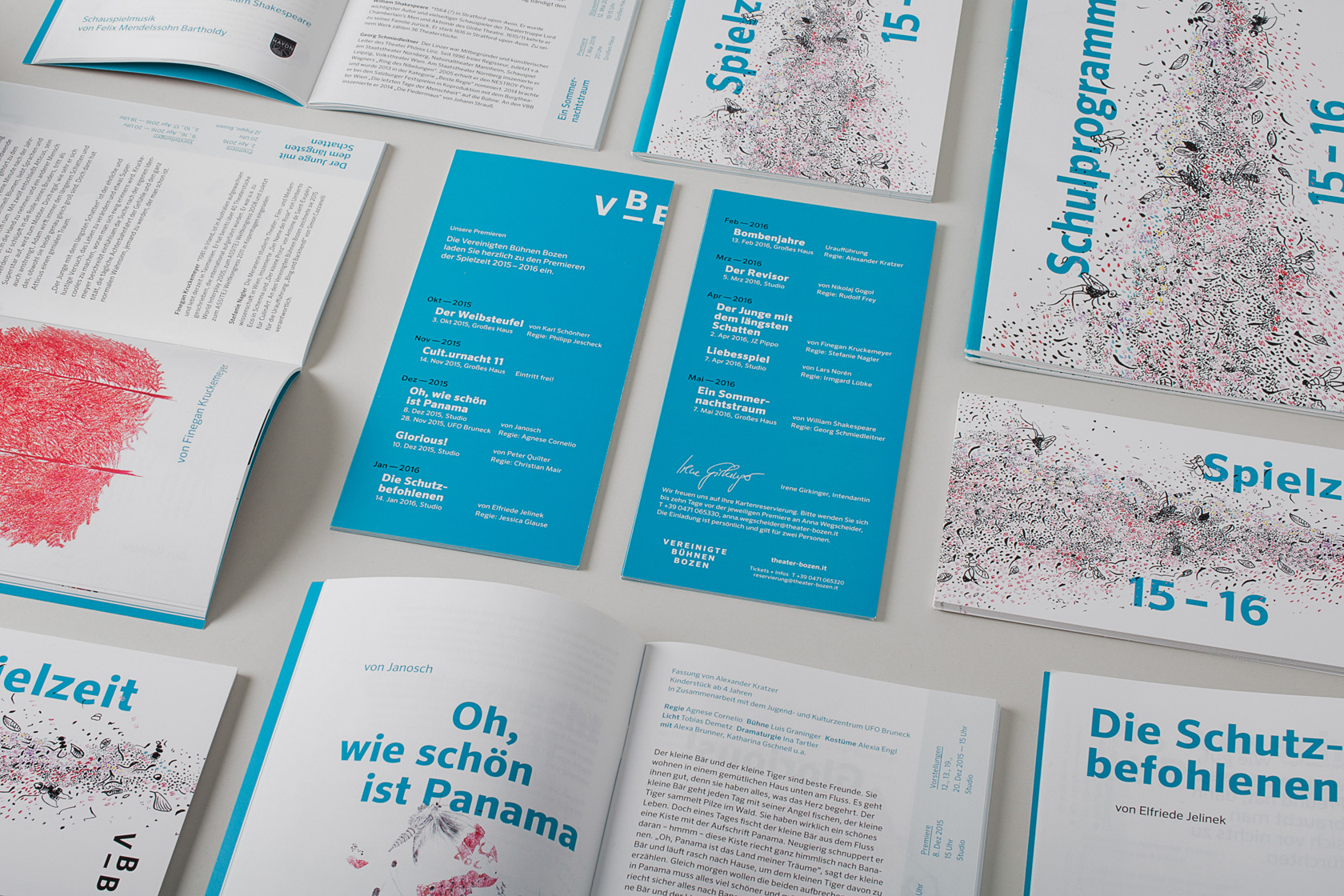 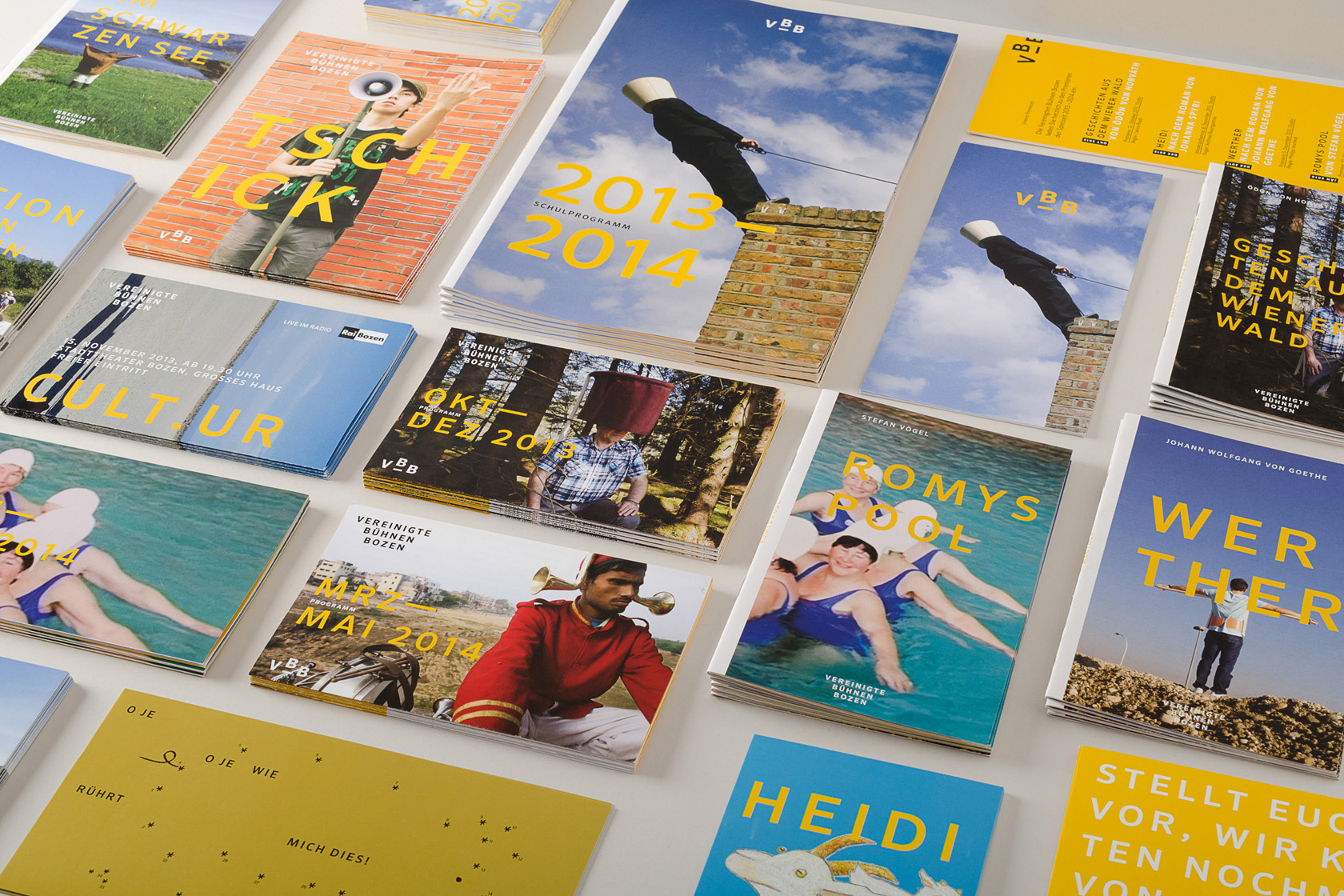