The curator Rein Wolfs invited Lupo Burtscher to take part in the exhibition The New Public – From a new public dimension to new users at Museion (Museum for Contemporary Art) in Bolzano. Together with other four design studios, Lupo Burtscher was invited to tackle the topic of the exhibition with a series of posters that functioned as an introduction to the exhibition in the ground floor of the museum. 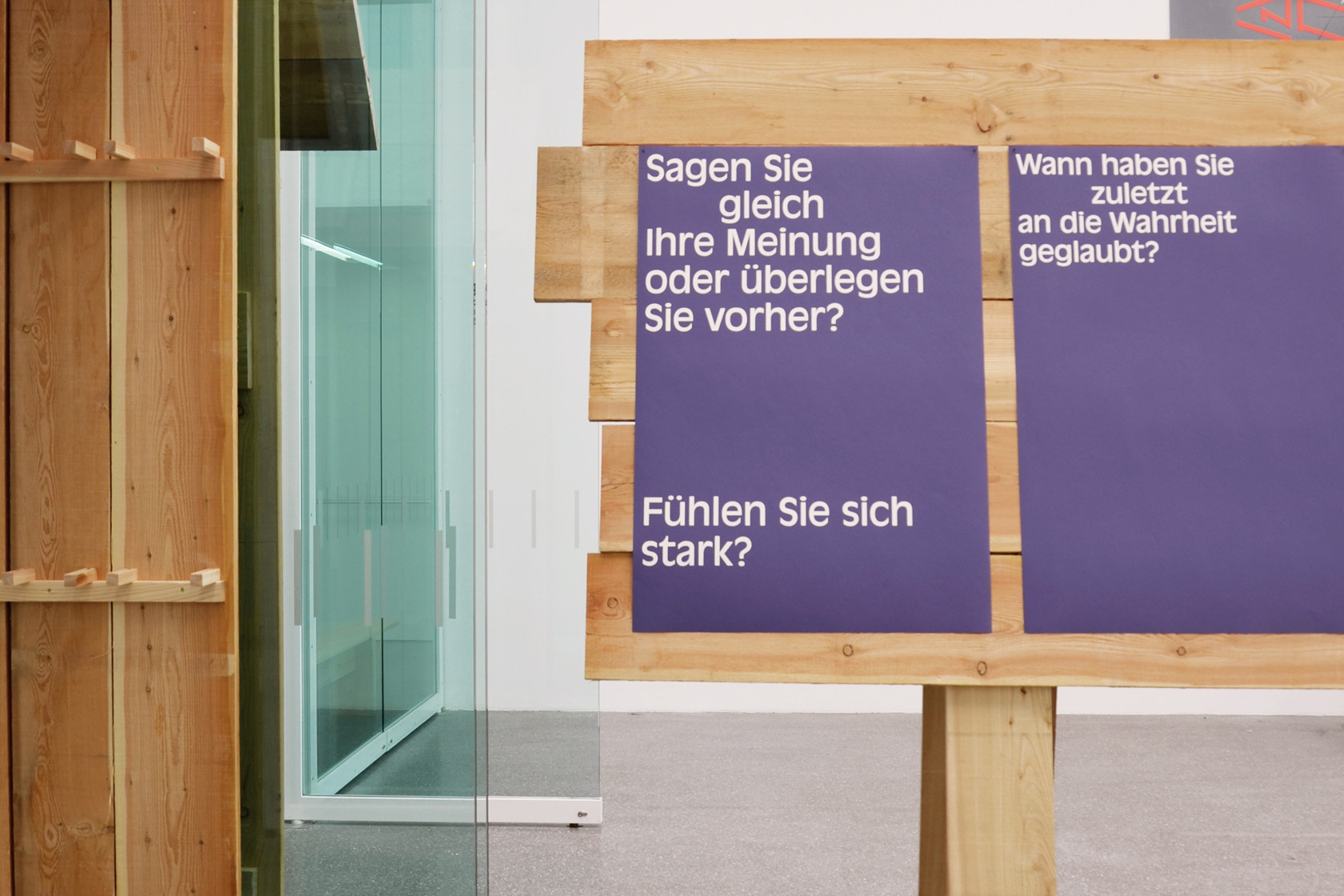 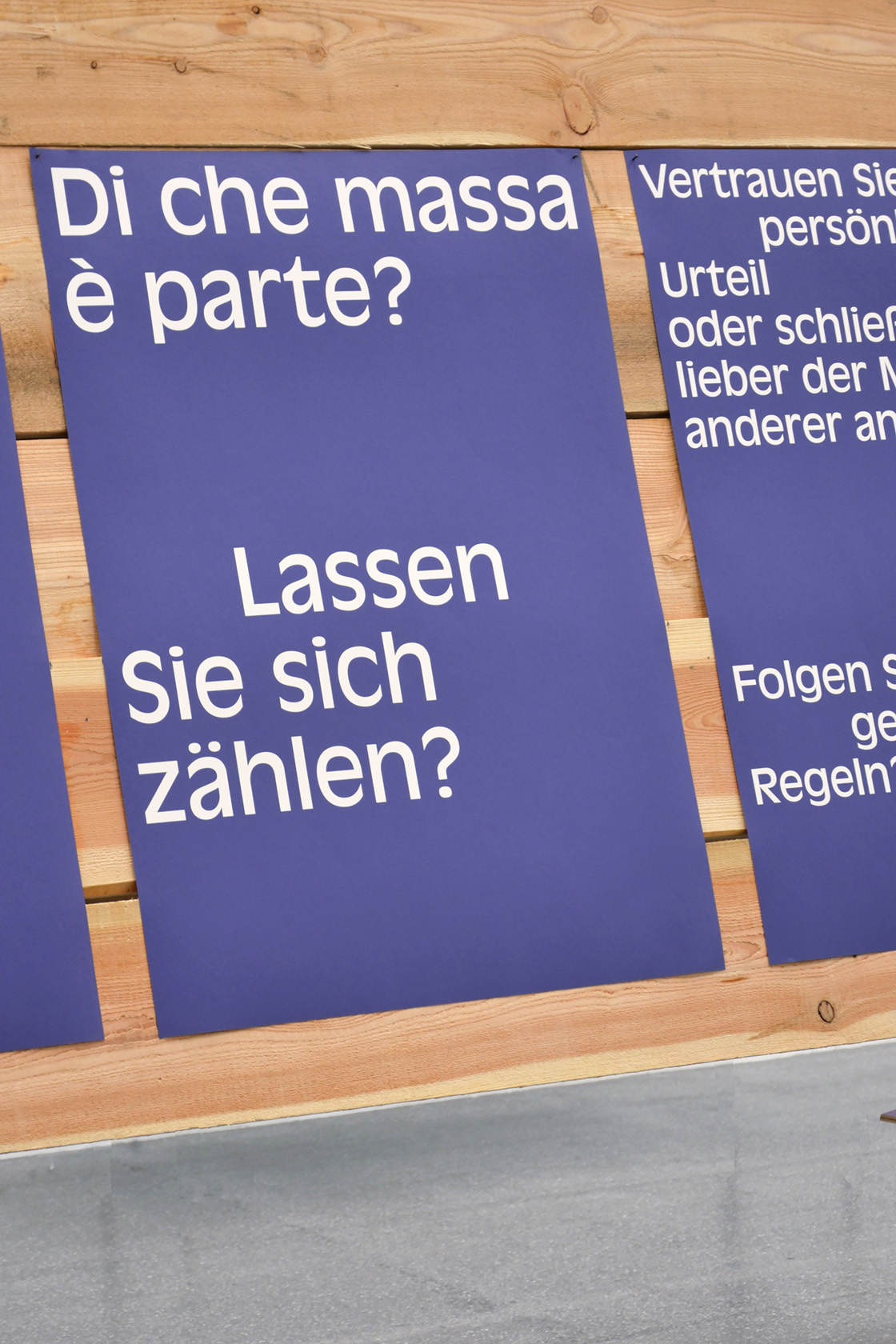 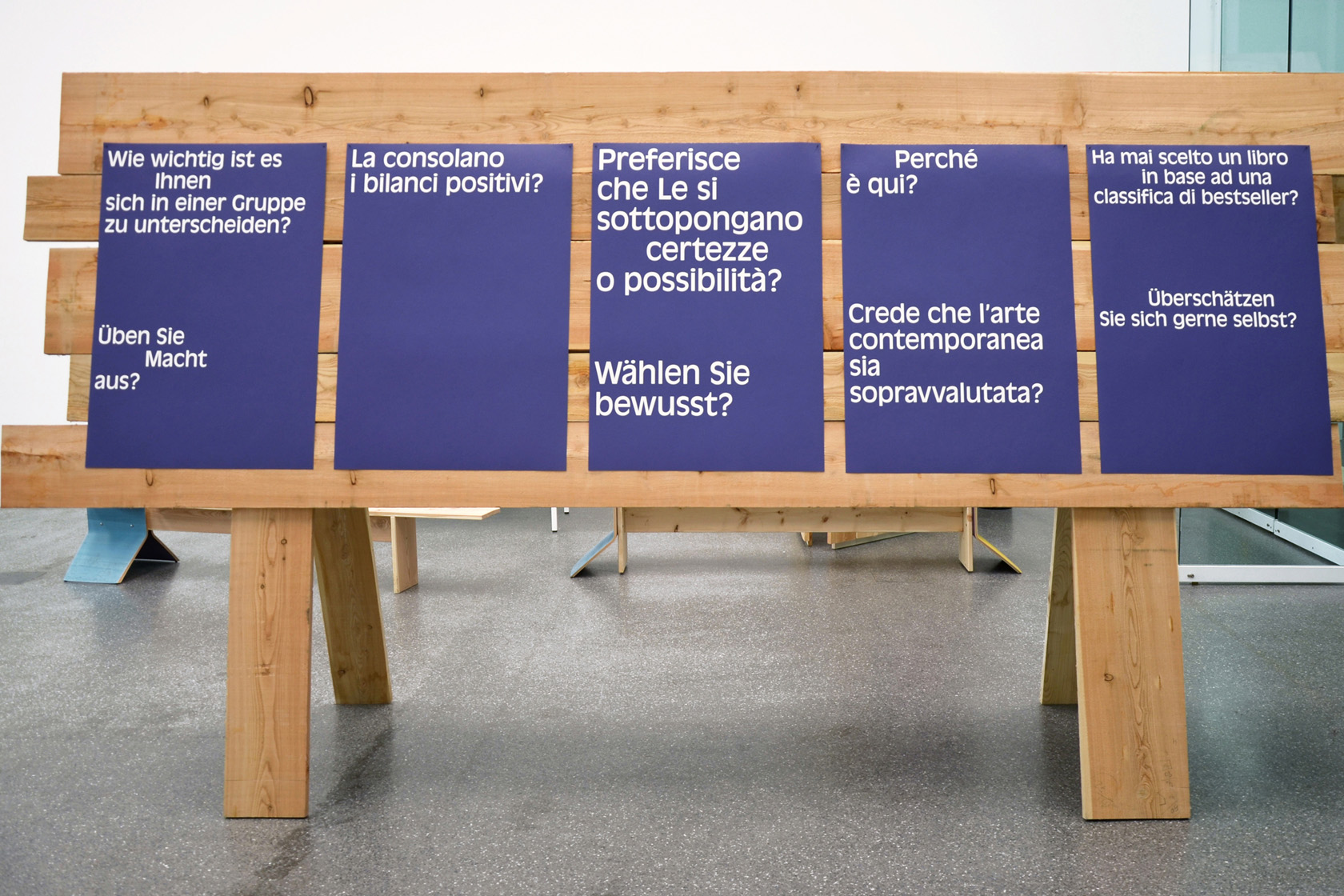 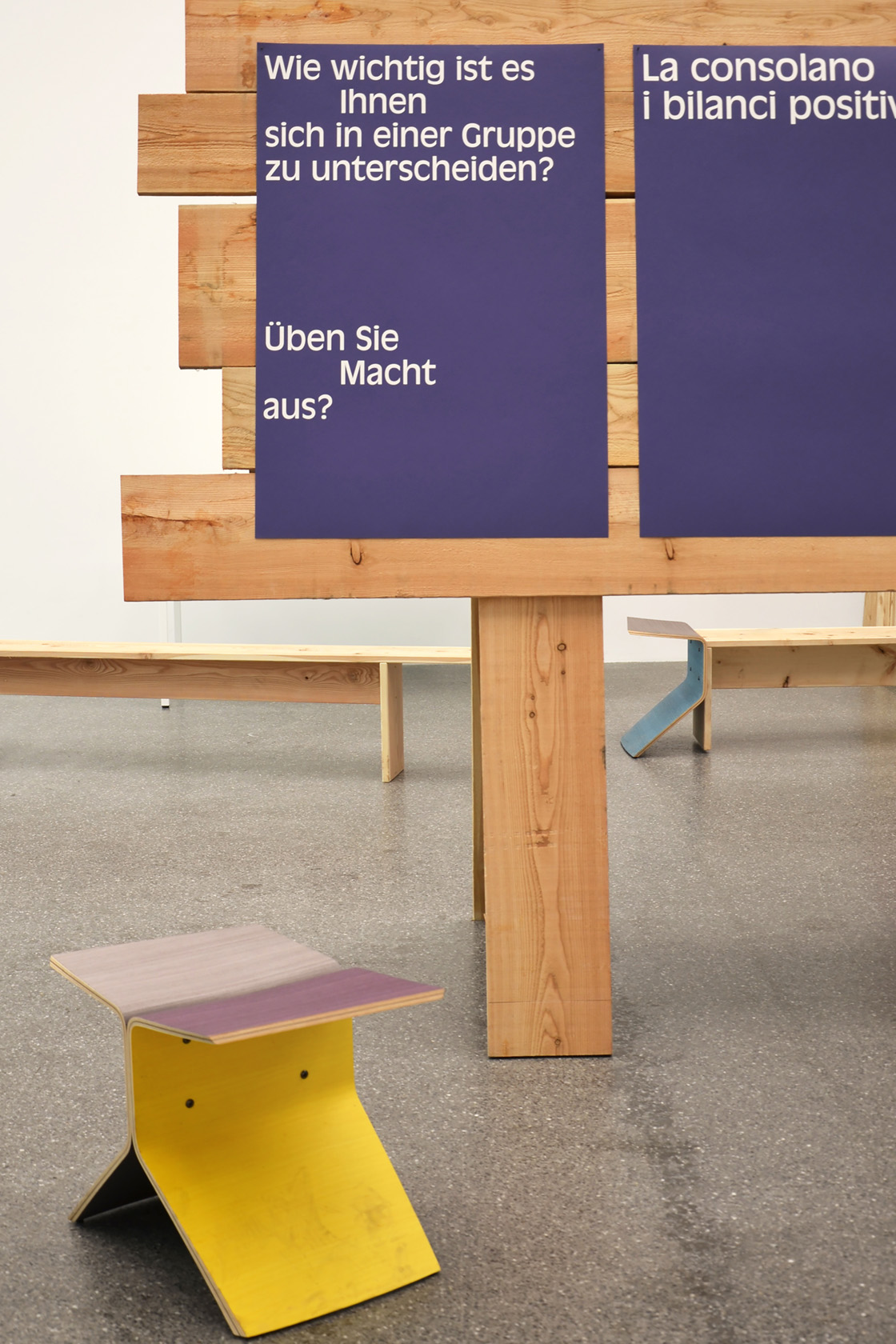 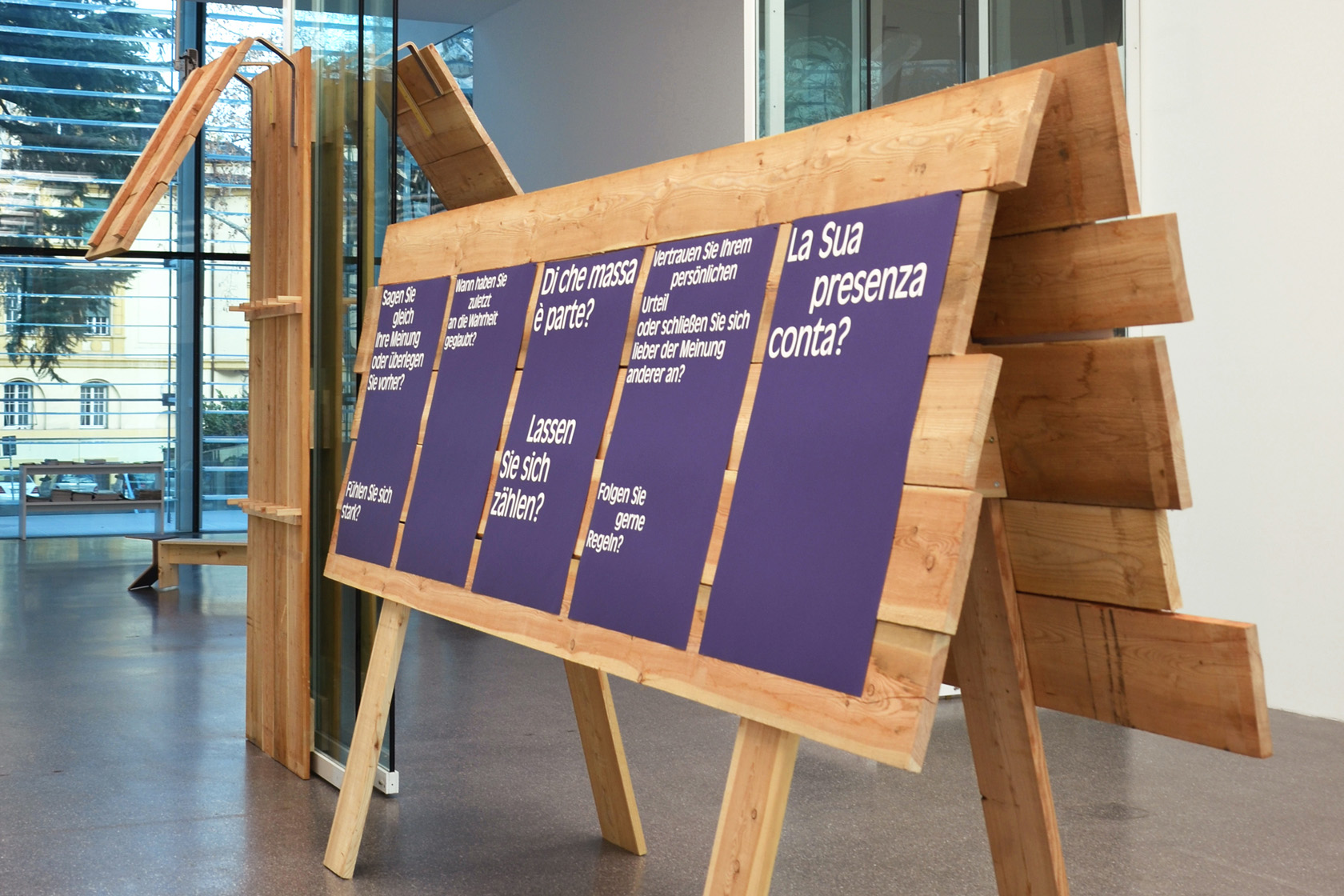 The aim of the posters was to question the themes of the exhibition – how the idea of public dimension has changed within society, and how can public control over economic and social developments make space for a new world order run by private economy.

The series of posters by Lupo Burtscher start from the place where they are exhibited: in the museum. The posters question the role of the public in the context of contemporary art. The posters put the visitors in relation to the museum and the other way round: the museum in relation with the visitors and with its social-political space. The questions on the posters put in doubt power analysed from different starting points. They explore choses which have its origins in social restrictions as well as in individual choses. The posters do ask the public if they feel themselves a political subject and propaganda subject more than an active counterpart. During the design process of the posters we asked ourselves often, how much space gives a museum to the public as a critical observer. But also how much space takes a politic decision and influences the program and subsequently creates a filter of the content. The visitors were therefore invited to reflect on the relationship with any form of power, exploring both choices which have their origins in social restrictions as well as individual choices. 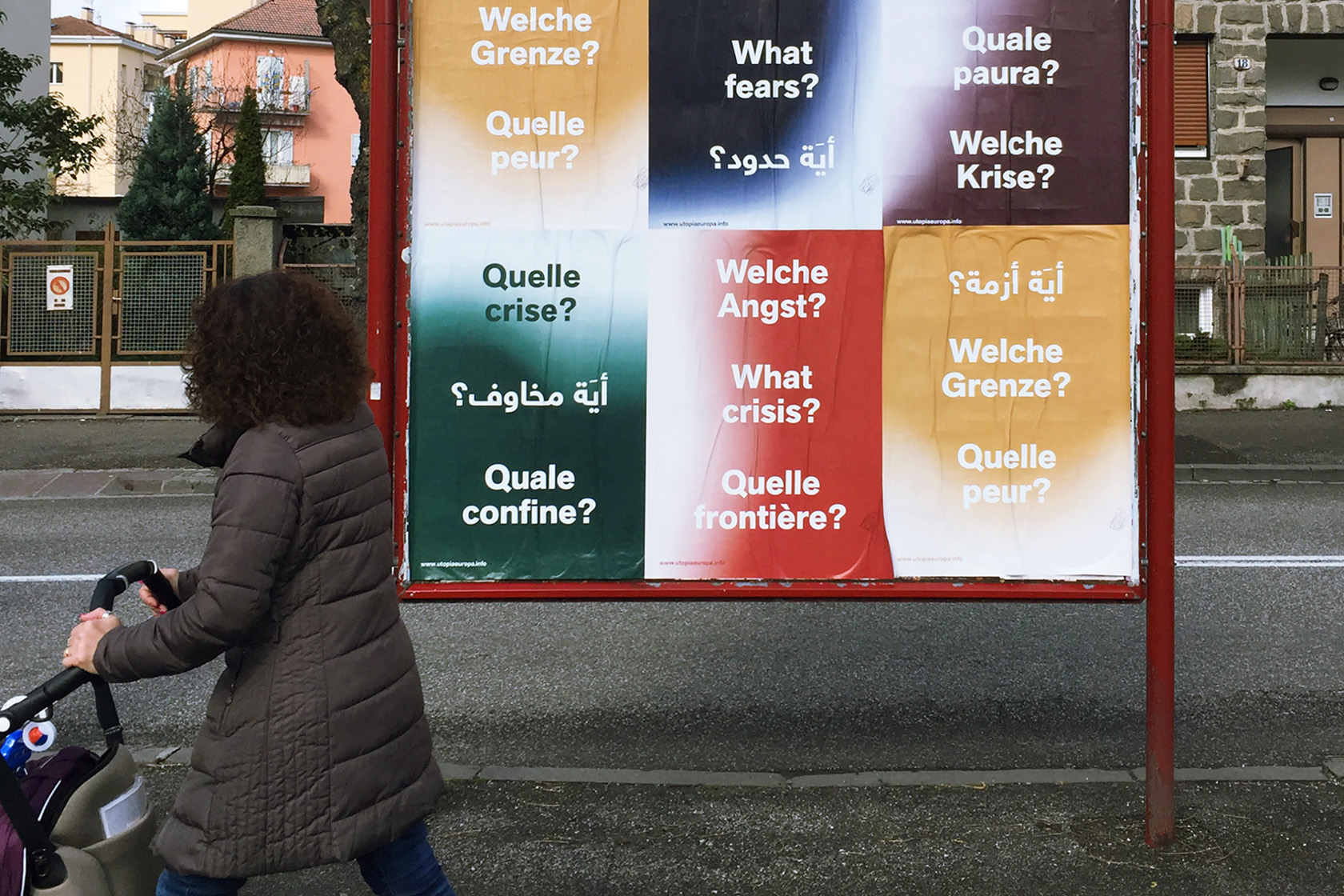 Series of posters and webpage for the project Utopia Europa 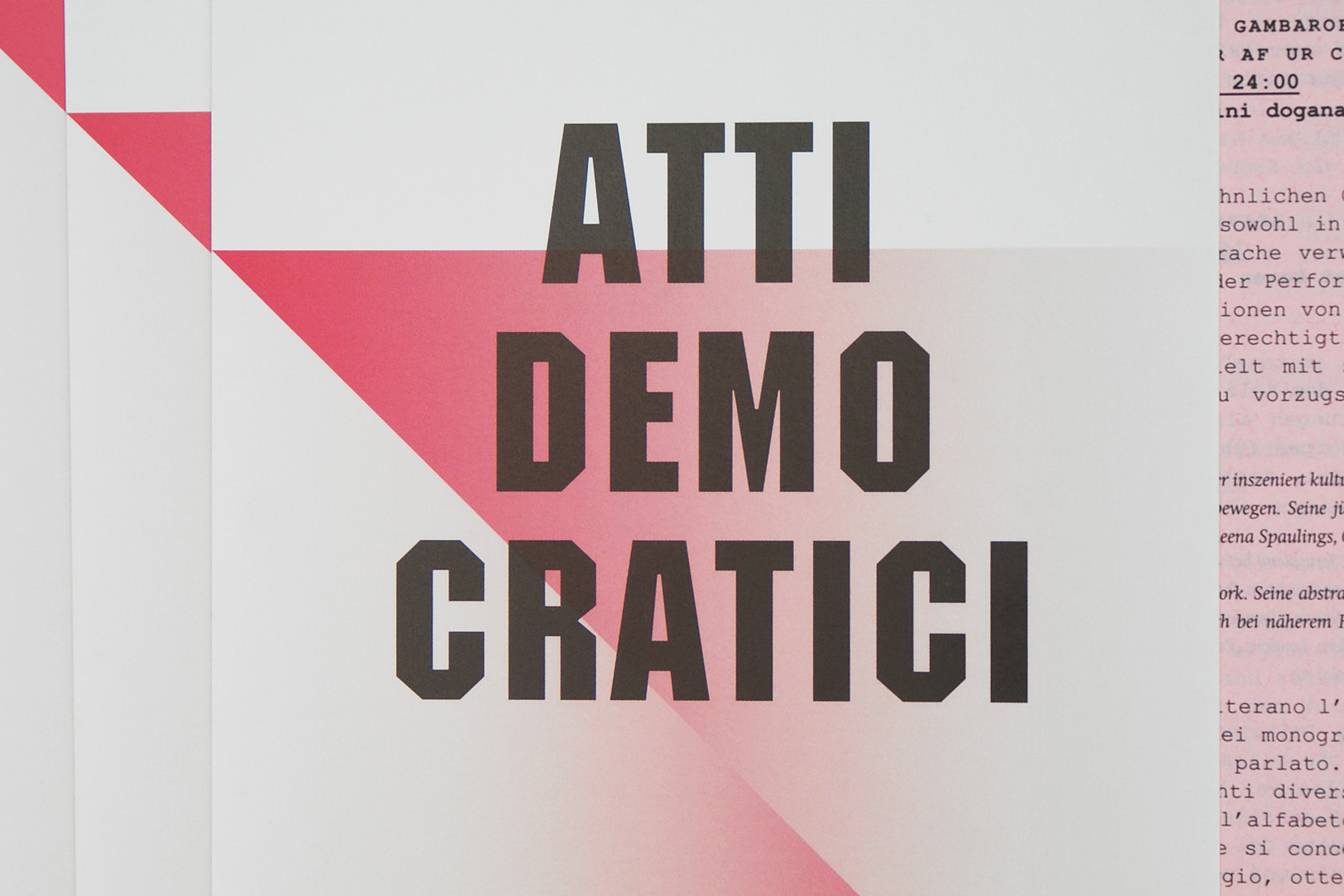