After the book design for Hure oder Heilige – Frau sein in Italien, Lupo Burtscher also curated and designed the same-named exhibition. A translation from book to exhibition, but again focussing on the same question; “What does it mean to be a woman in Italy today?” 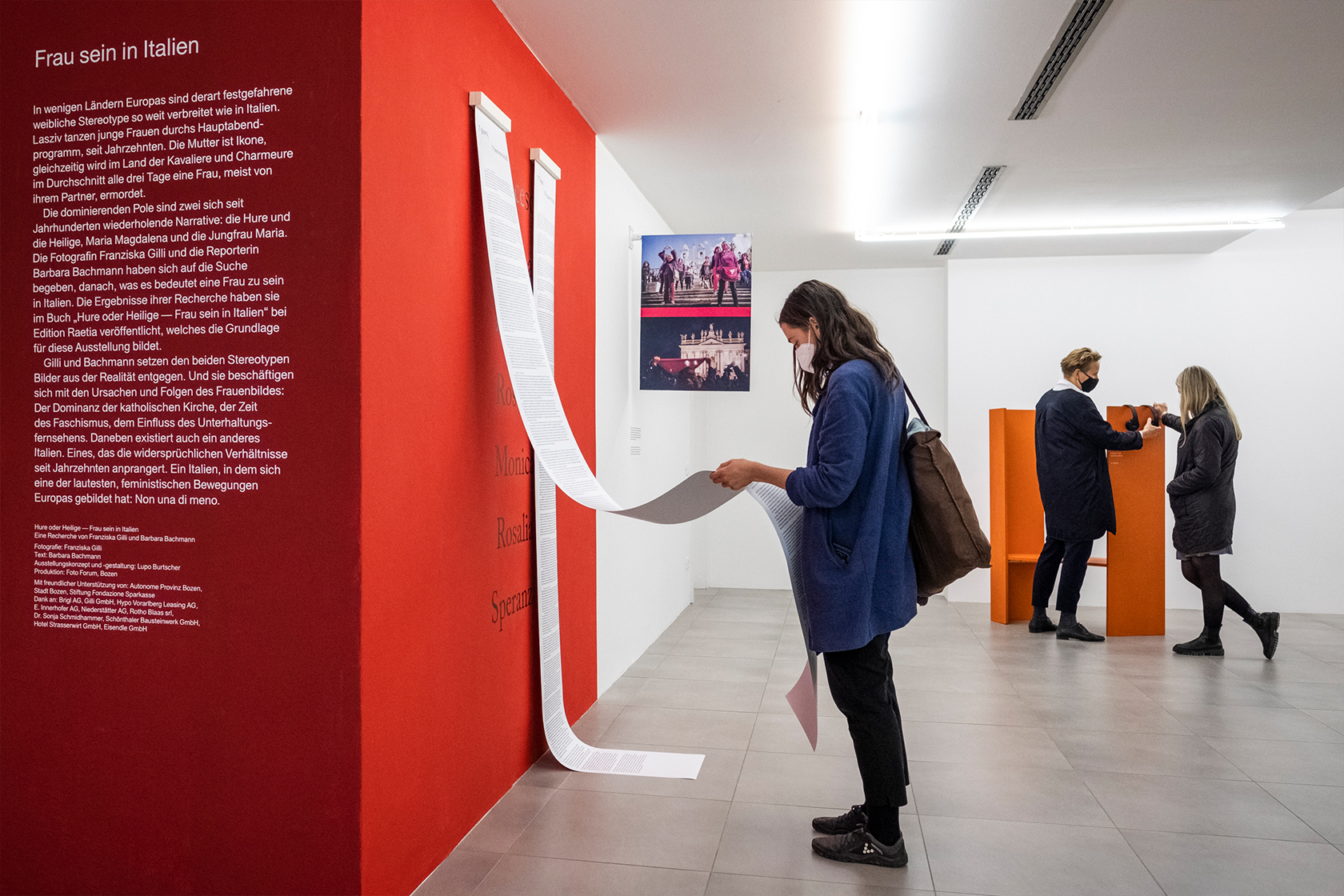 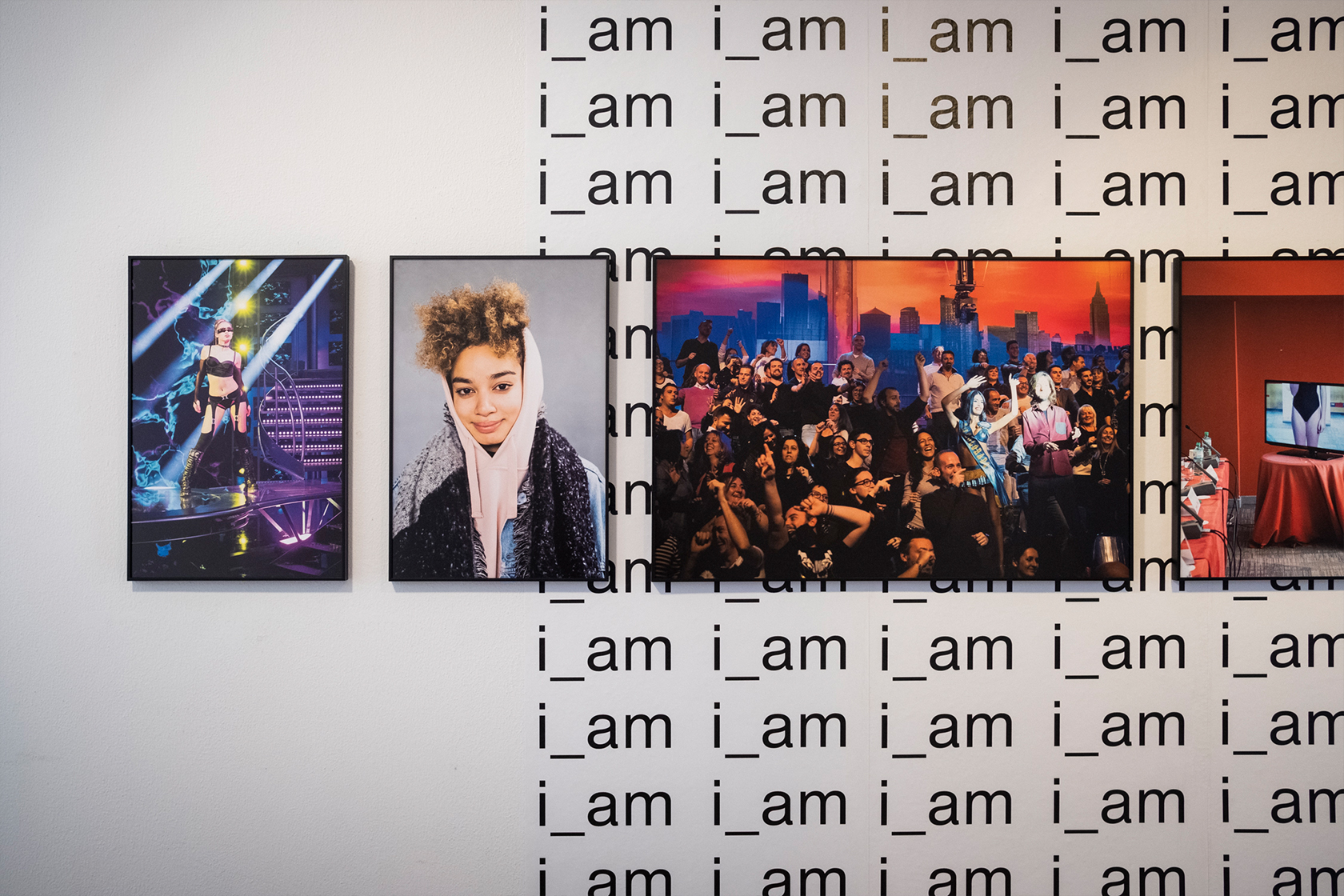 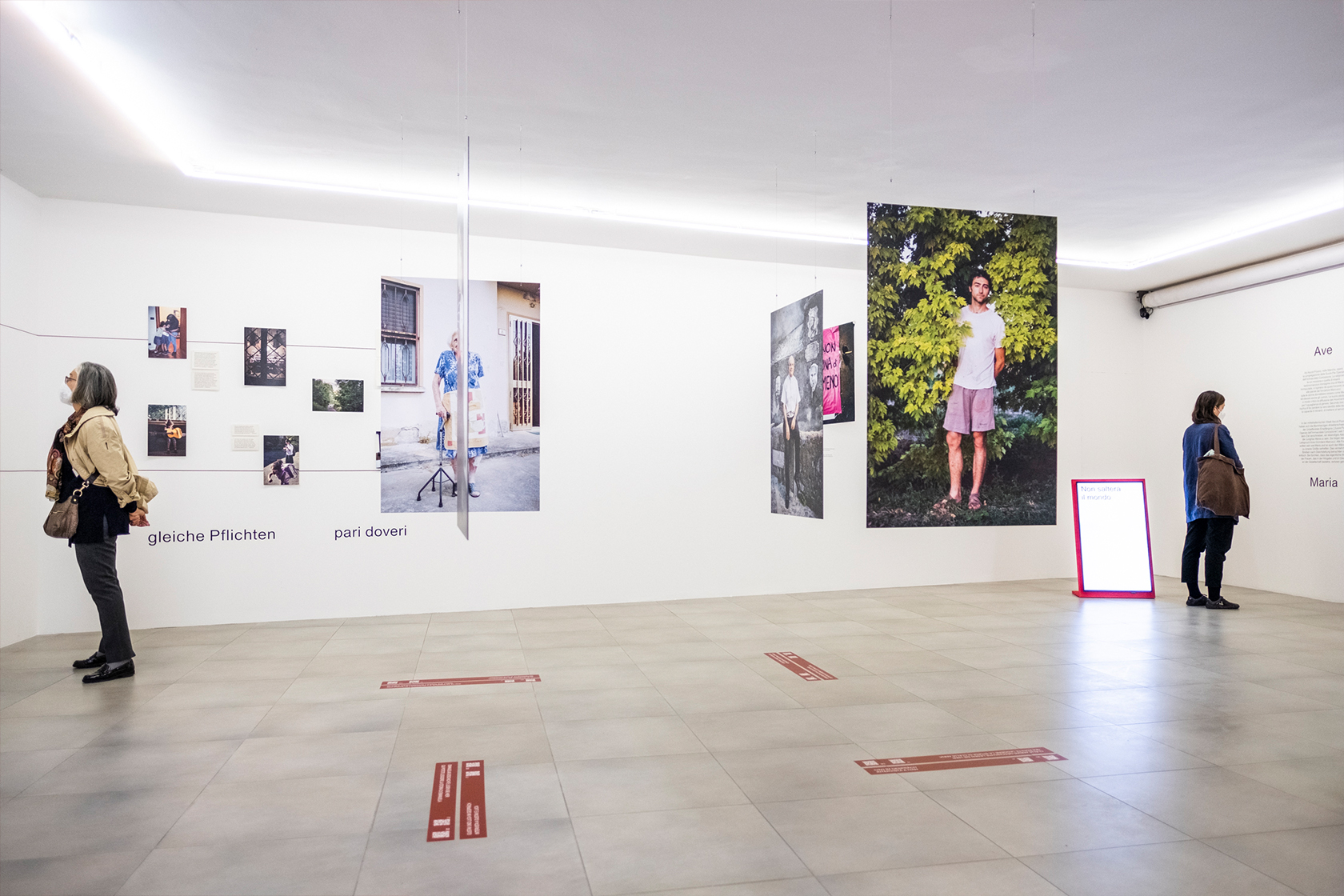 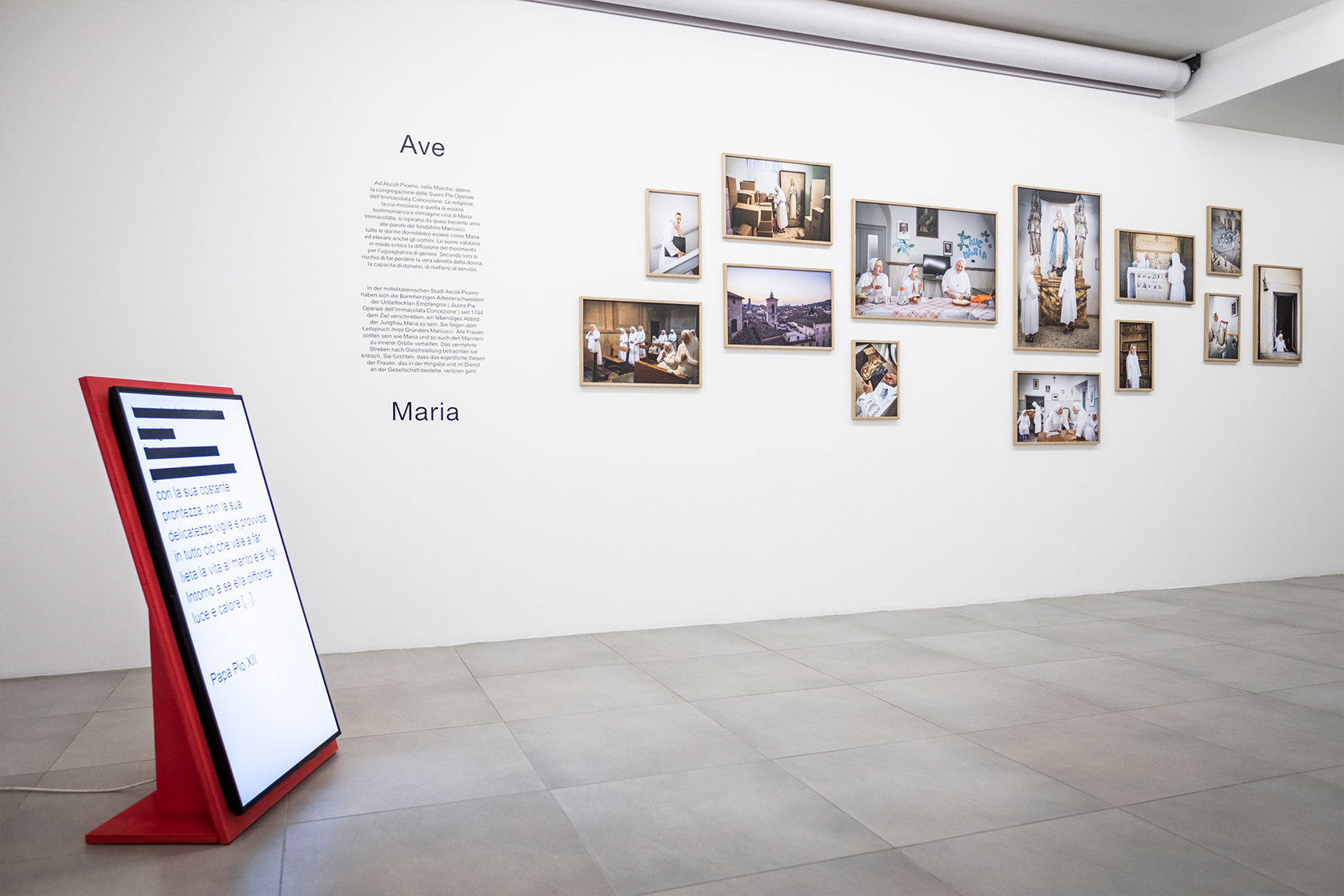 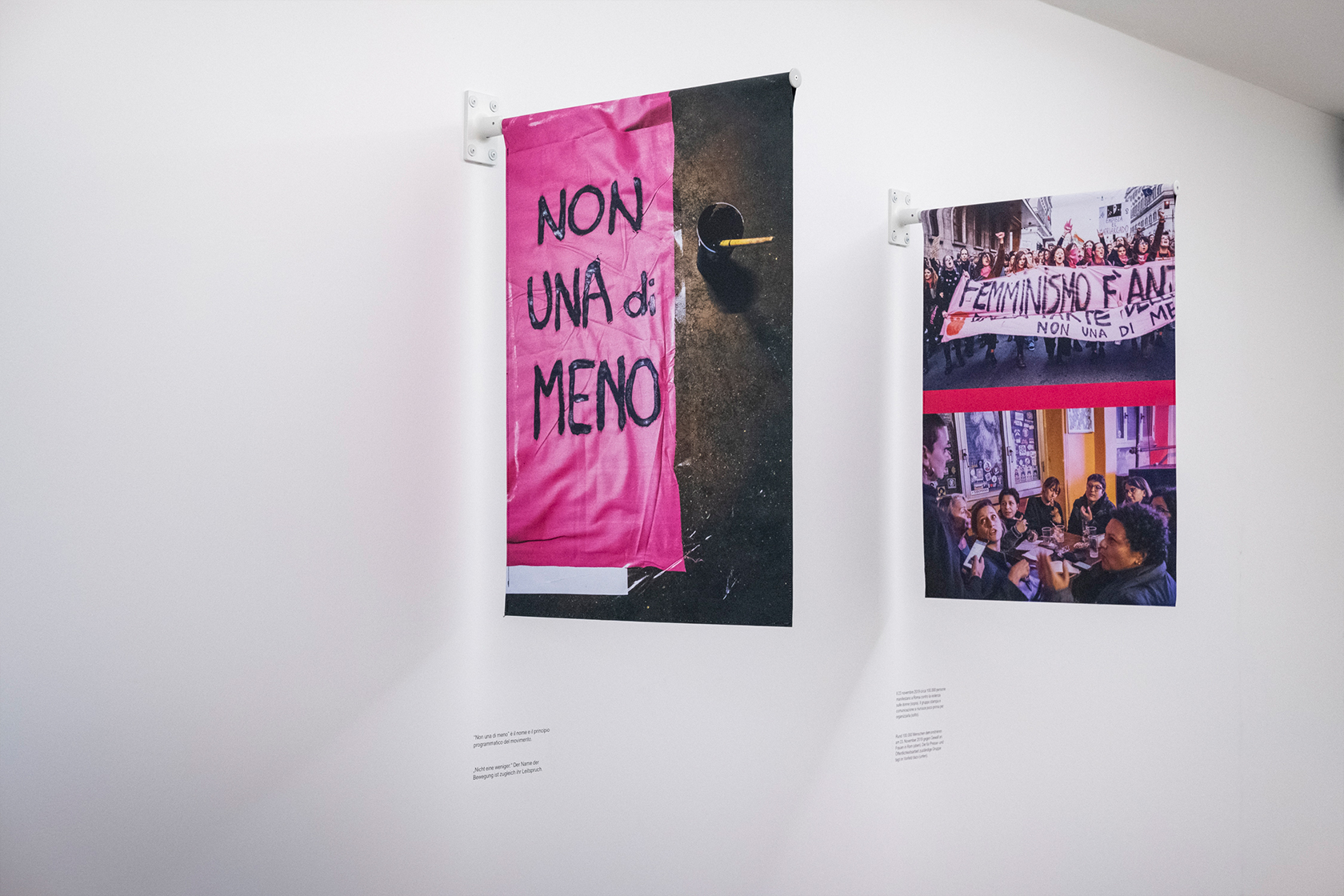 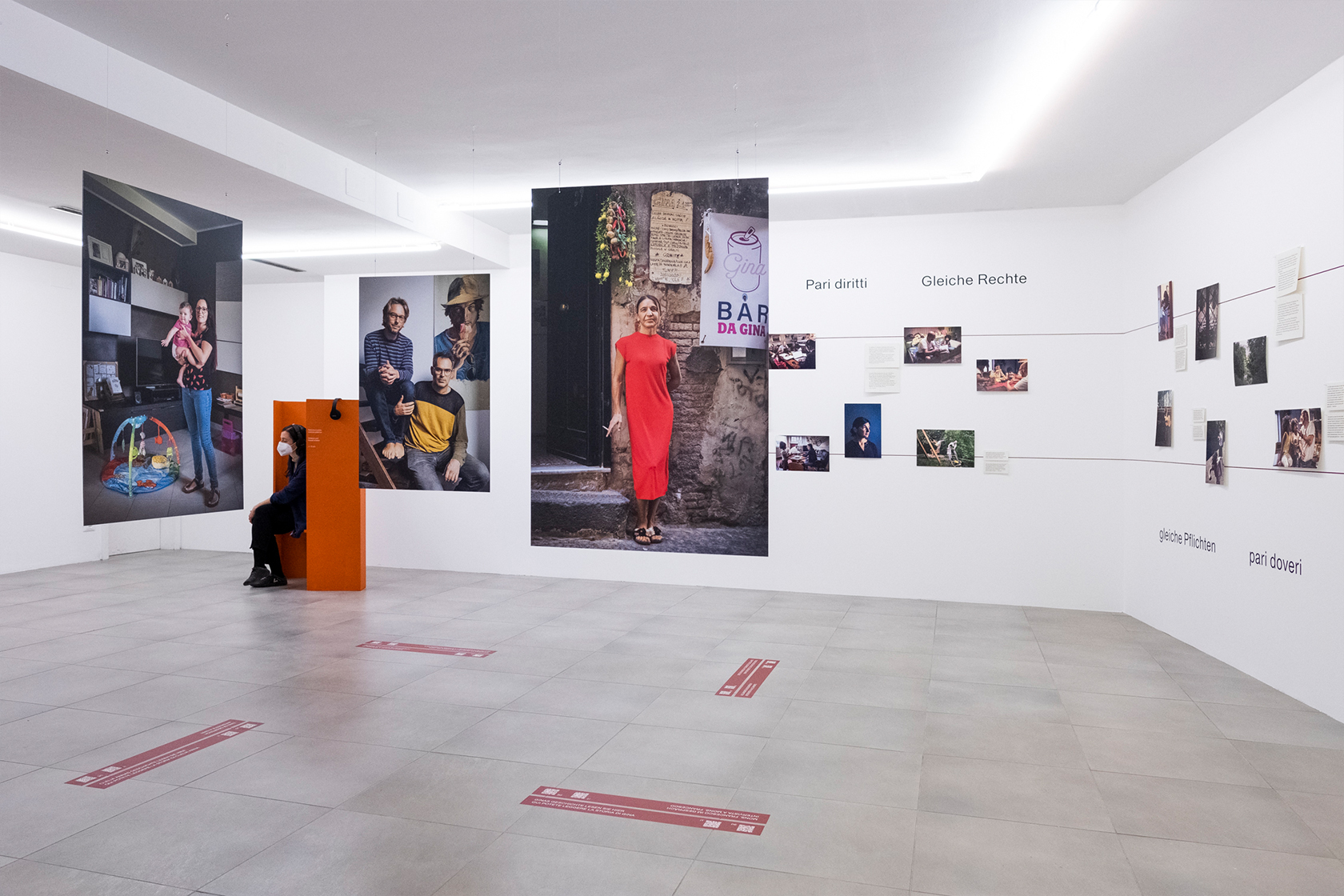 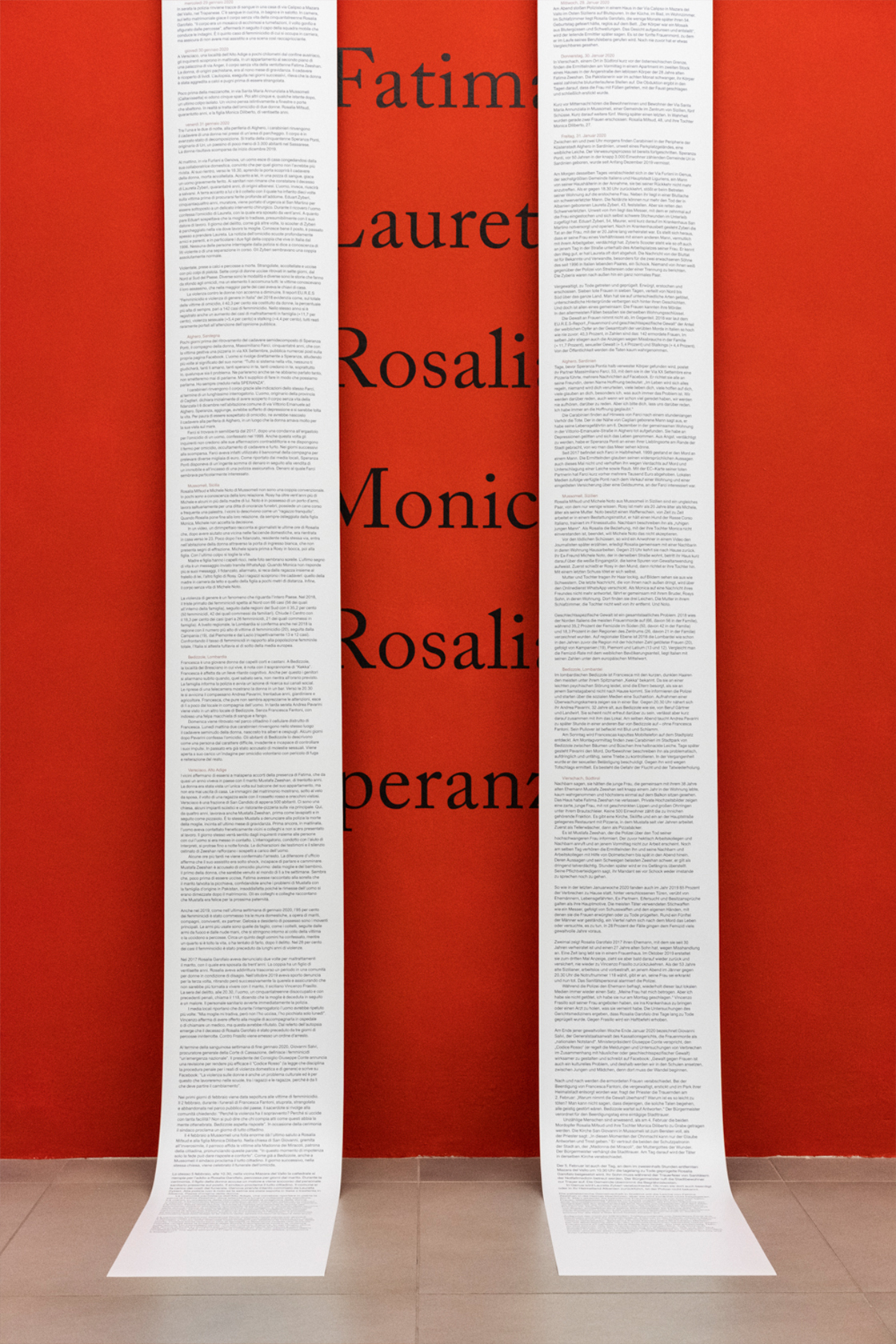 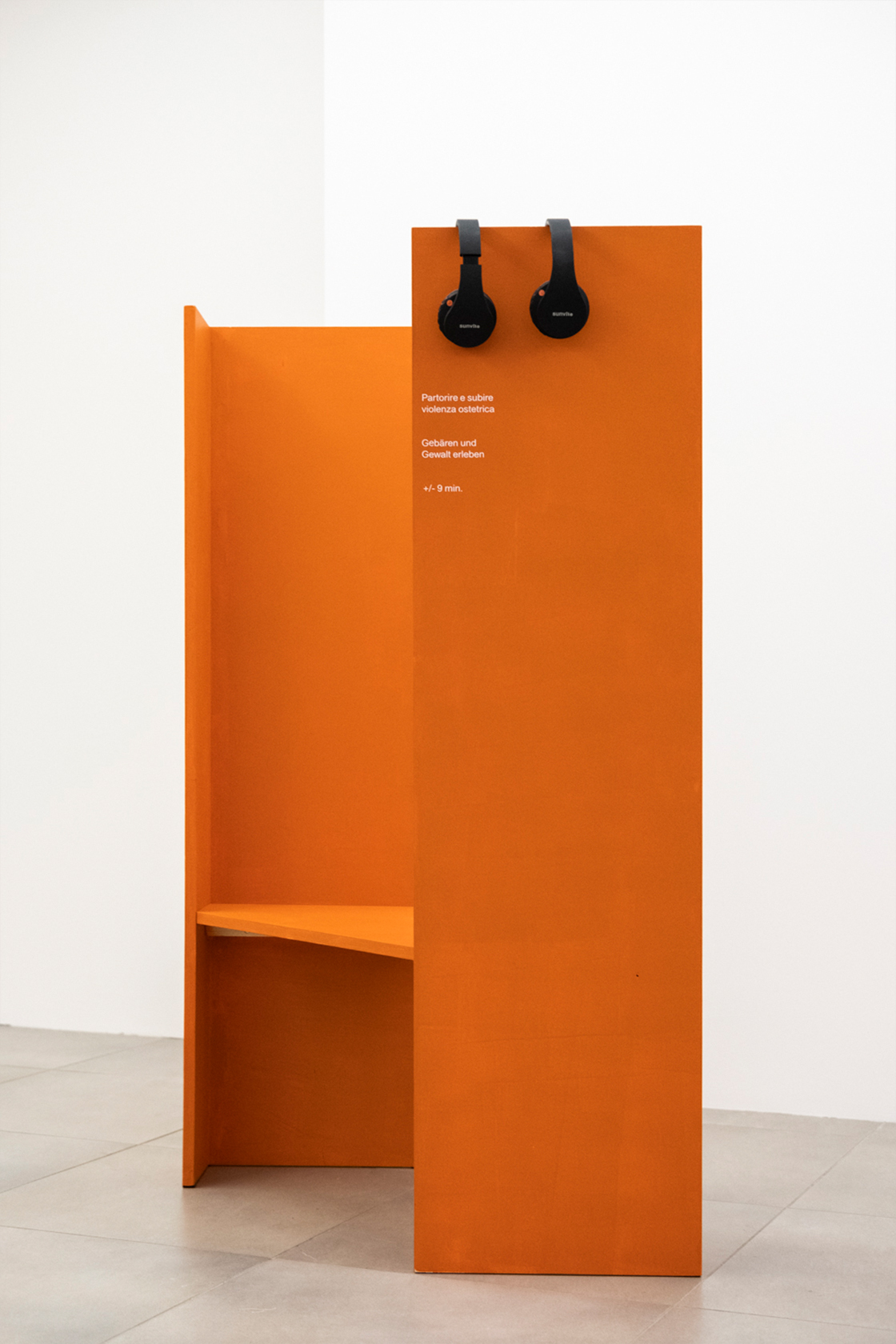 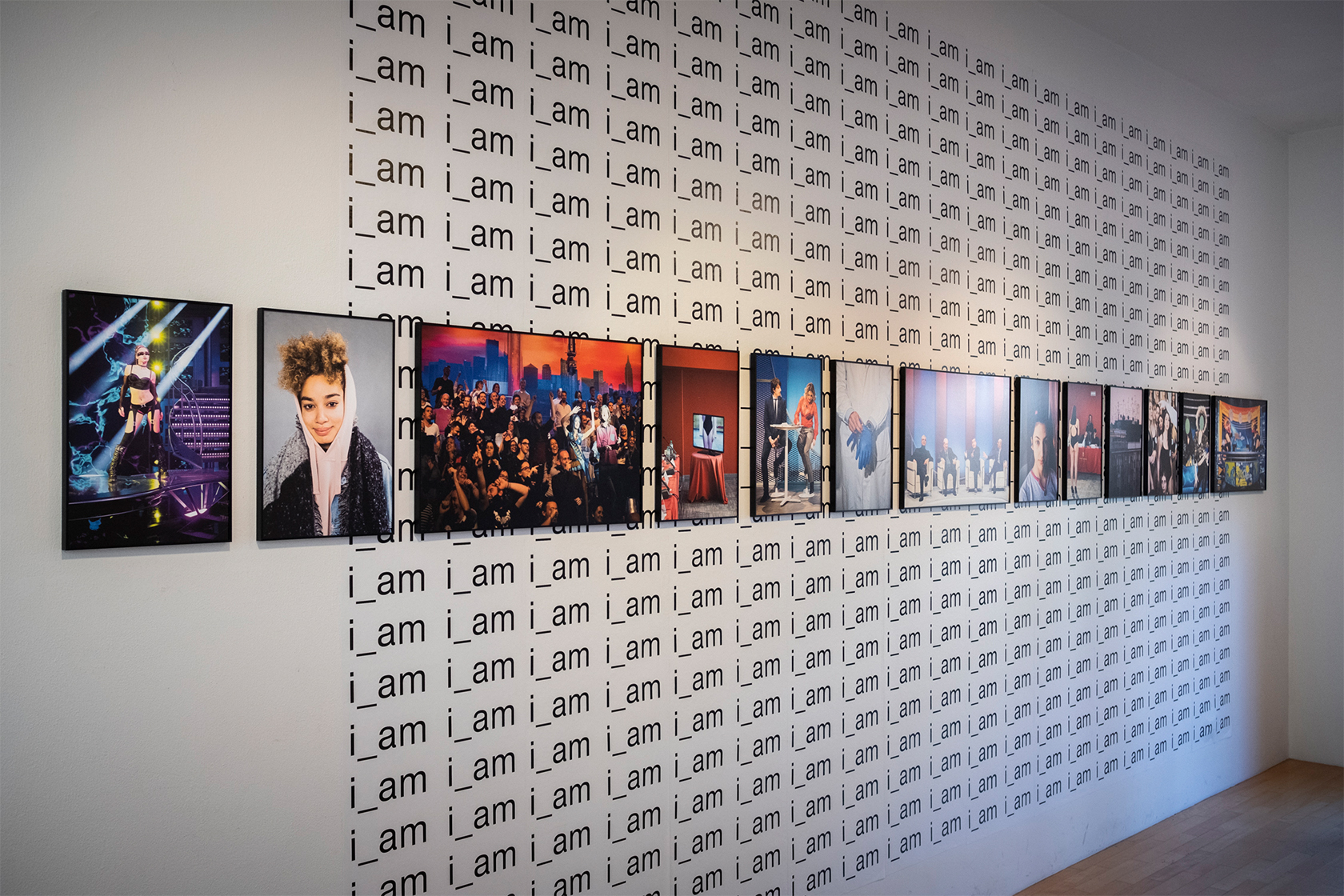 The exhibition shows fragments from the seven chapters of the book. The book contributions have been spatially translated and narrate the contents by means of different formats: a wallpaper and printed photos reflect the media world of Italy, photos and texts provide insight into family’s world as a composed collage, an endless banner marks the tragedy of women’s murders, large-format portraits tell life stories, and protest flags becoming a constant recurring element.

A look is taken at different feminine experiences in a country where the mother is an icon, but at the same time a woman is murdered every three days, usually by her partner. Just like the book, the exhibition tells of many different experiences and represents a wide spectrum of opinions. The exhibition deals with the causes and consequences of the image of the woman, the dominance of the Catholic Church, the feminist era, the influence of entertainment television and the story of a mother and her violent experience during childbirth, and most importantly, the ongoing battle that feminists in Italy and around the world must fight to this day, to finally create a chance.

The exhibition forms a challenging and multi-voiced space that is also intended to serve as a place for conversation and reflection. Intended as a touring exhibition, all the elements of the space are mobile or reproducible and can be easily adapted to the other spatial conditions. 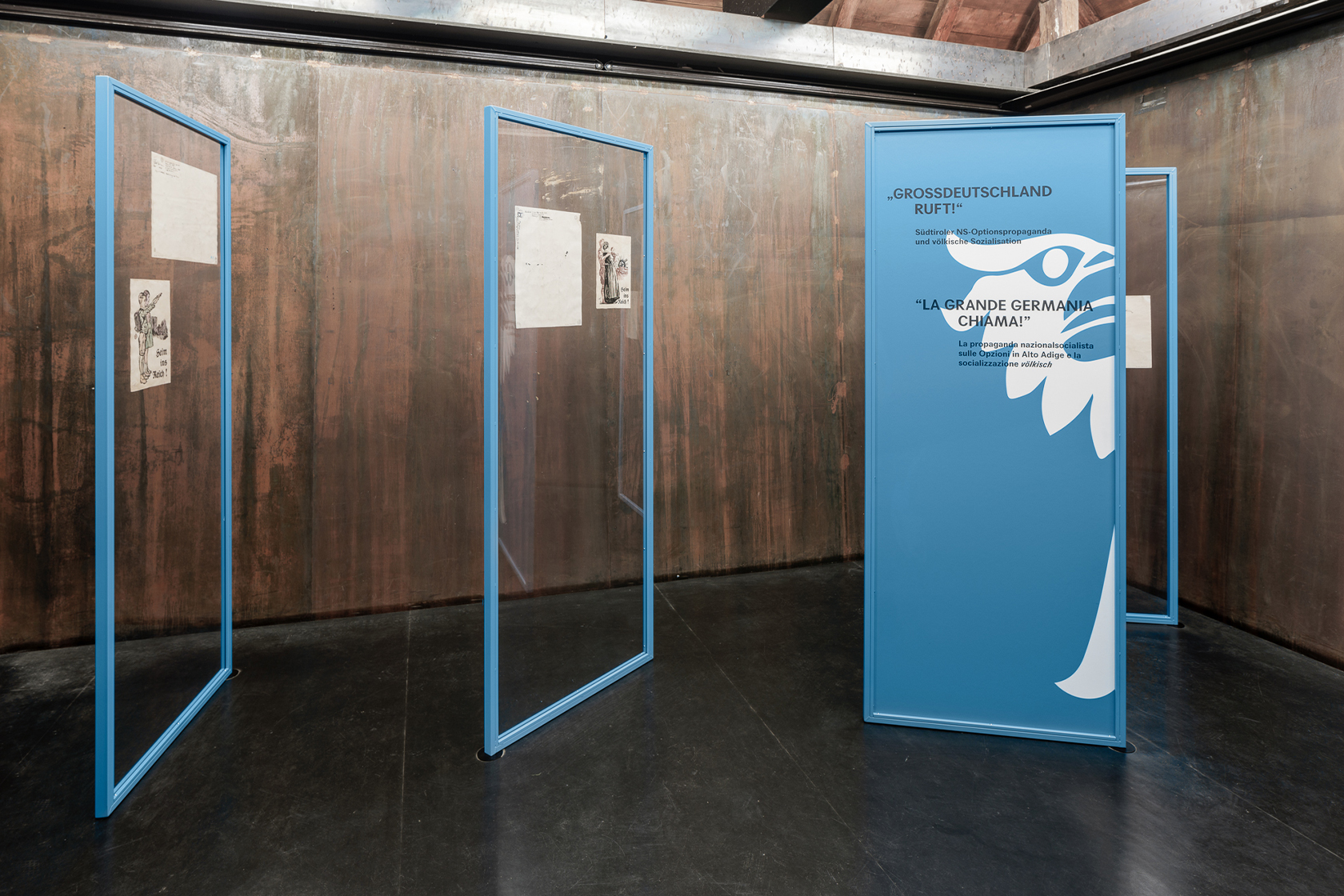 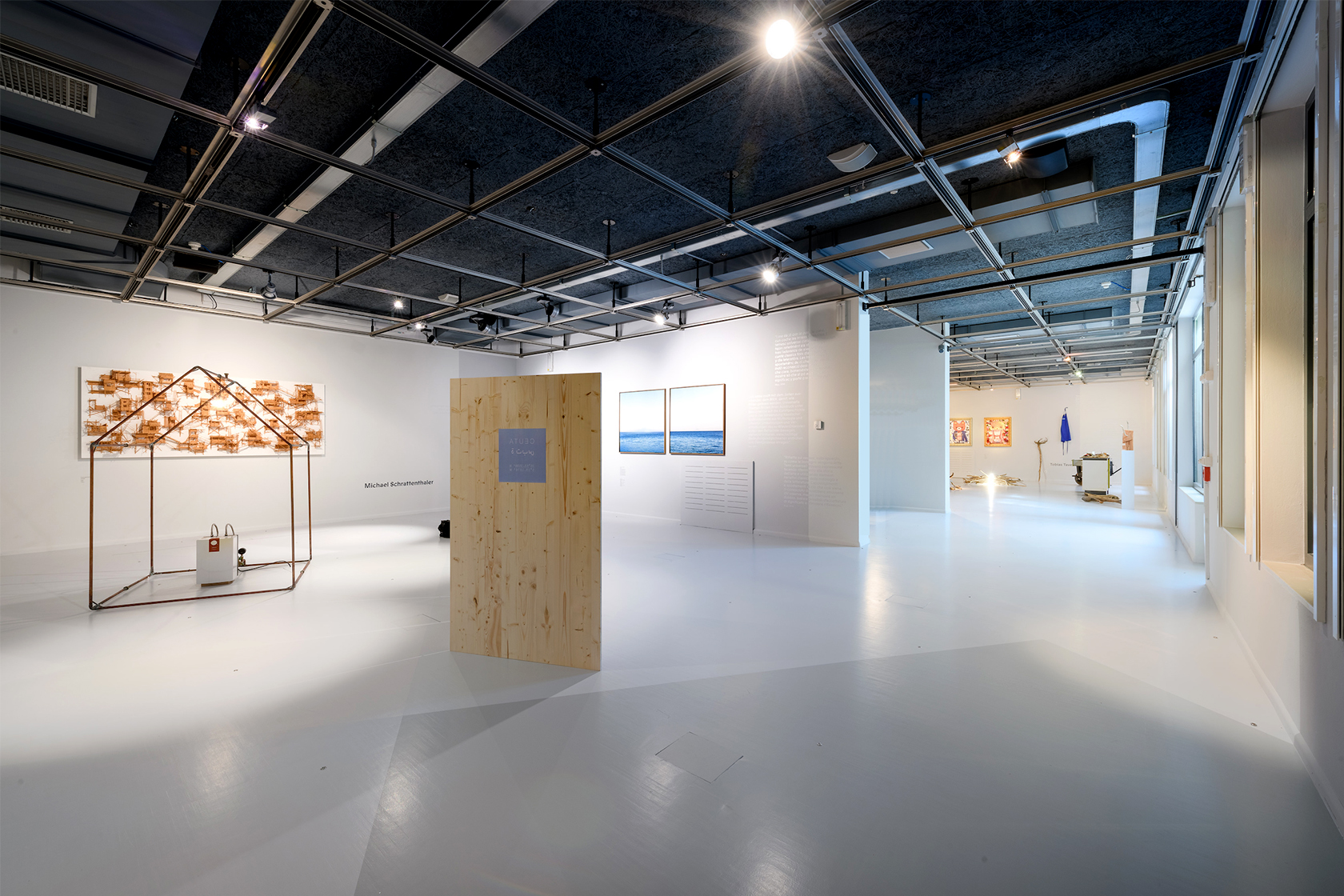 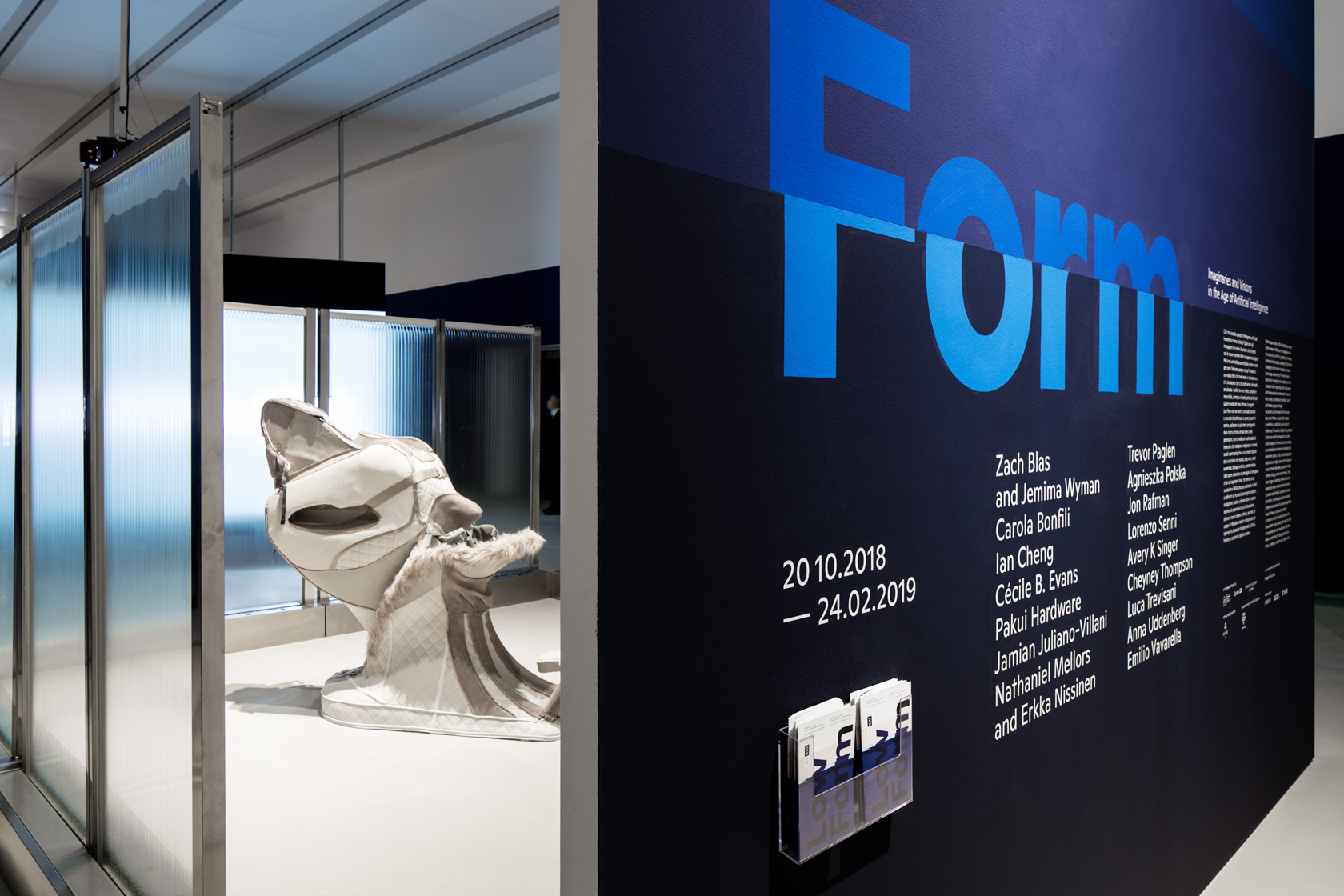 Design for the catalogue and the exhibition Low Form. Imaginaries and Visions in the Age of Artificial Intelligence at MAXXI in Rome