Films draw circles – so if they are well written, well executed, and for sure, well distributed, they produce reverberation – an echo. On this basis, Lupo Burtscher proposed the name Echo Film for the film production company and designed its visual identity. The logo translates the word “echo” visually, concretising it and leading it on. 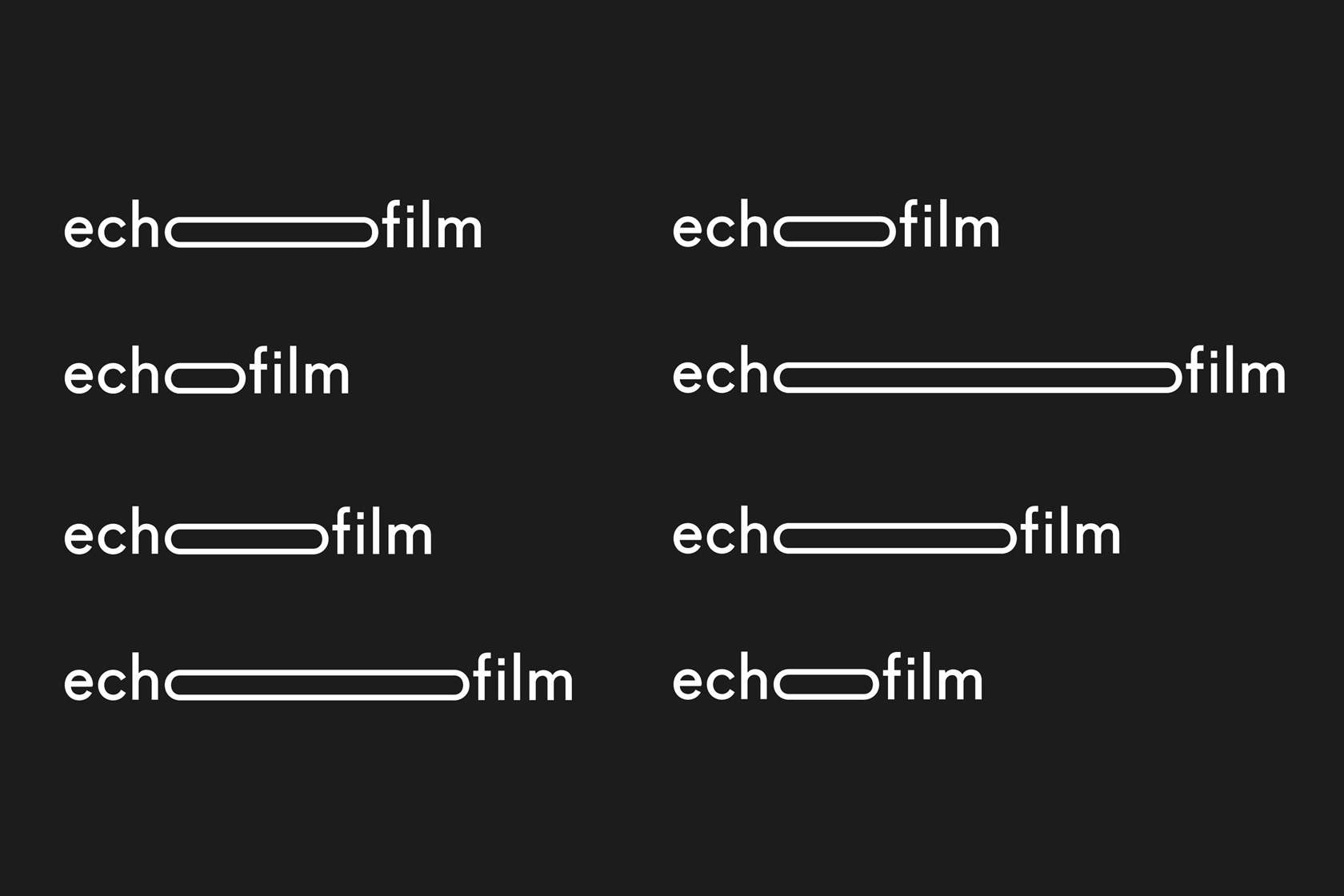 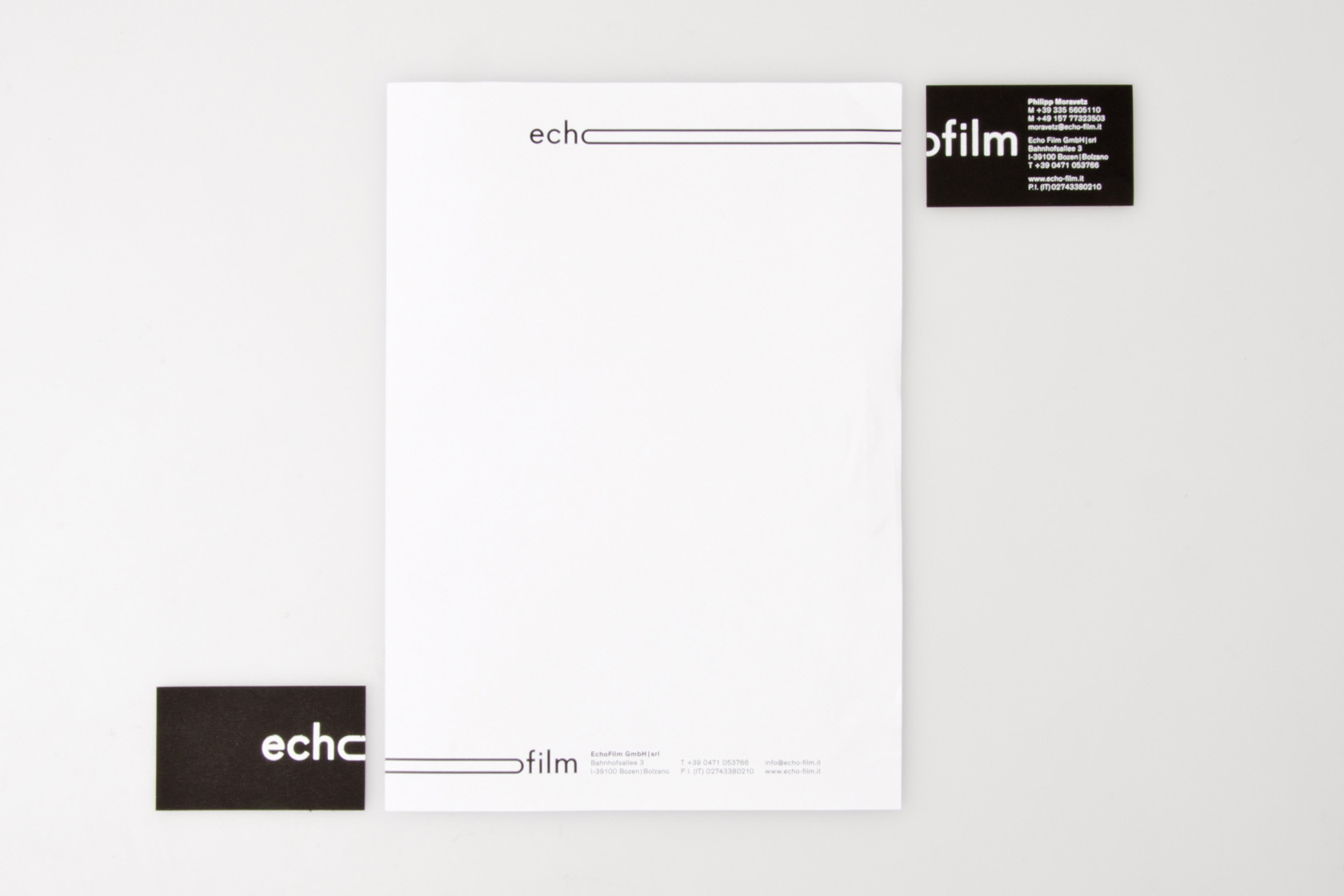 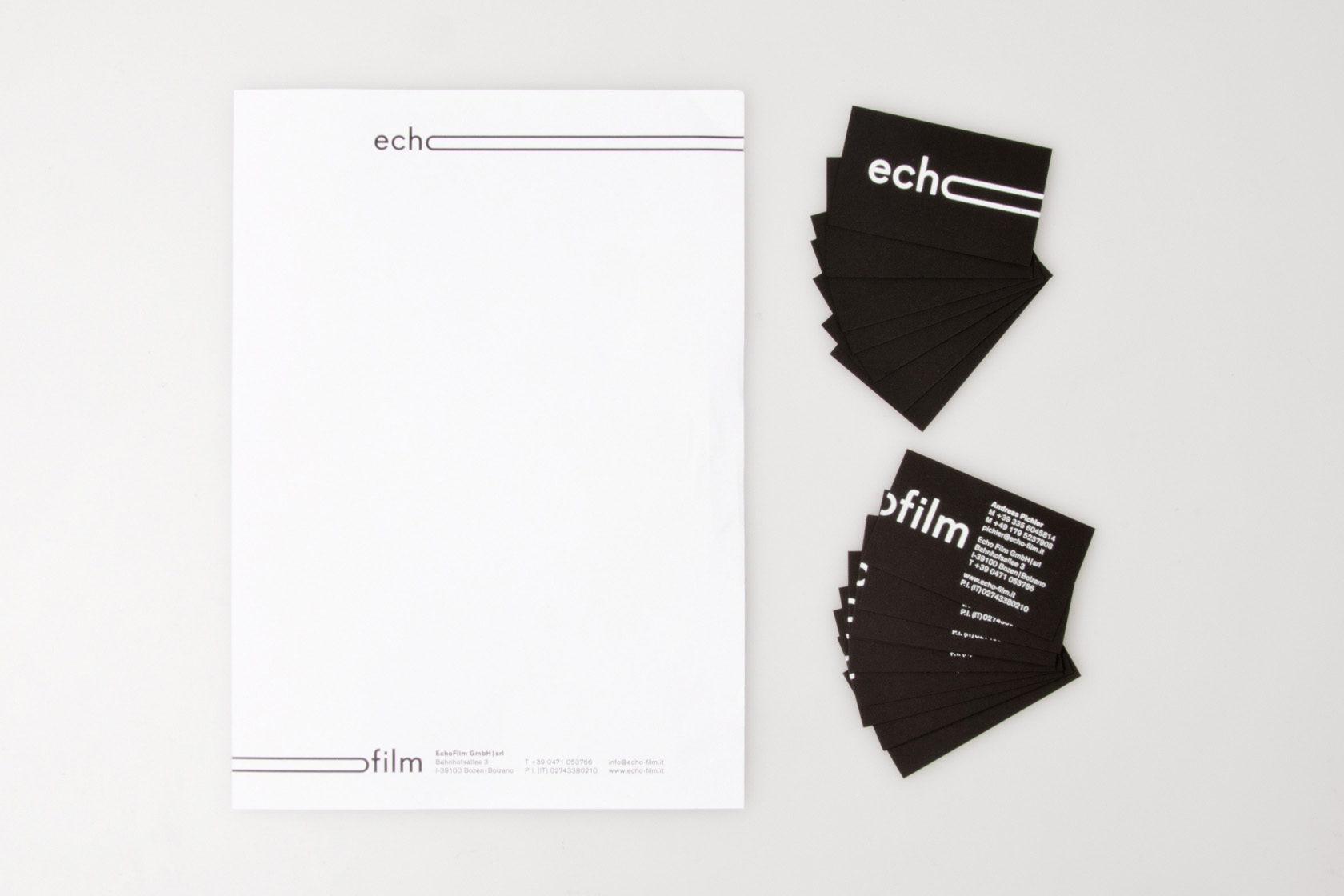 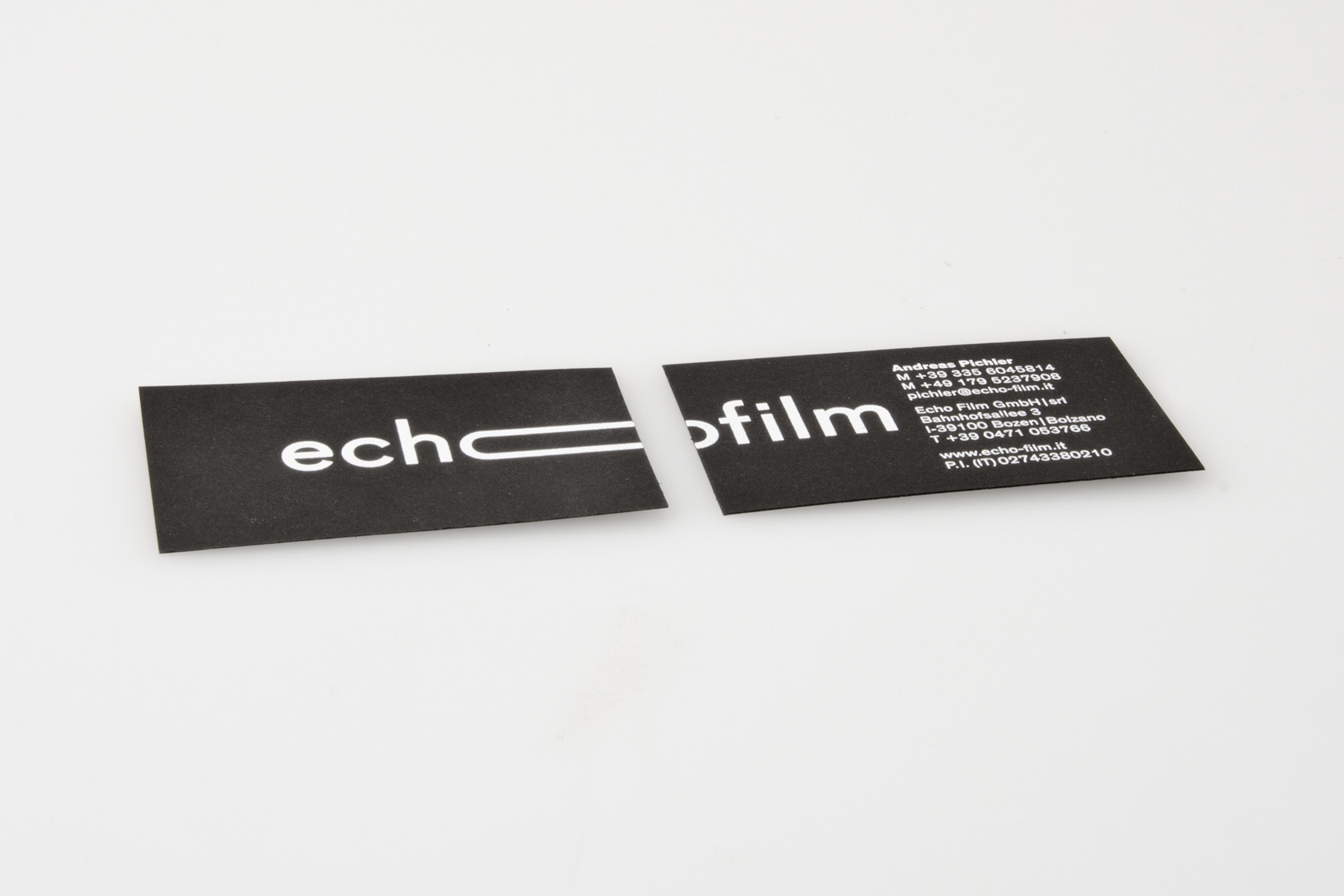 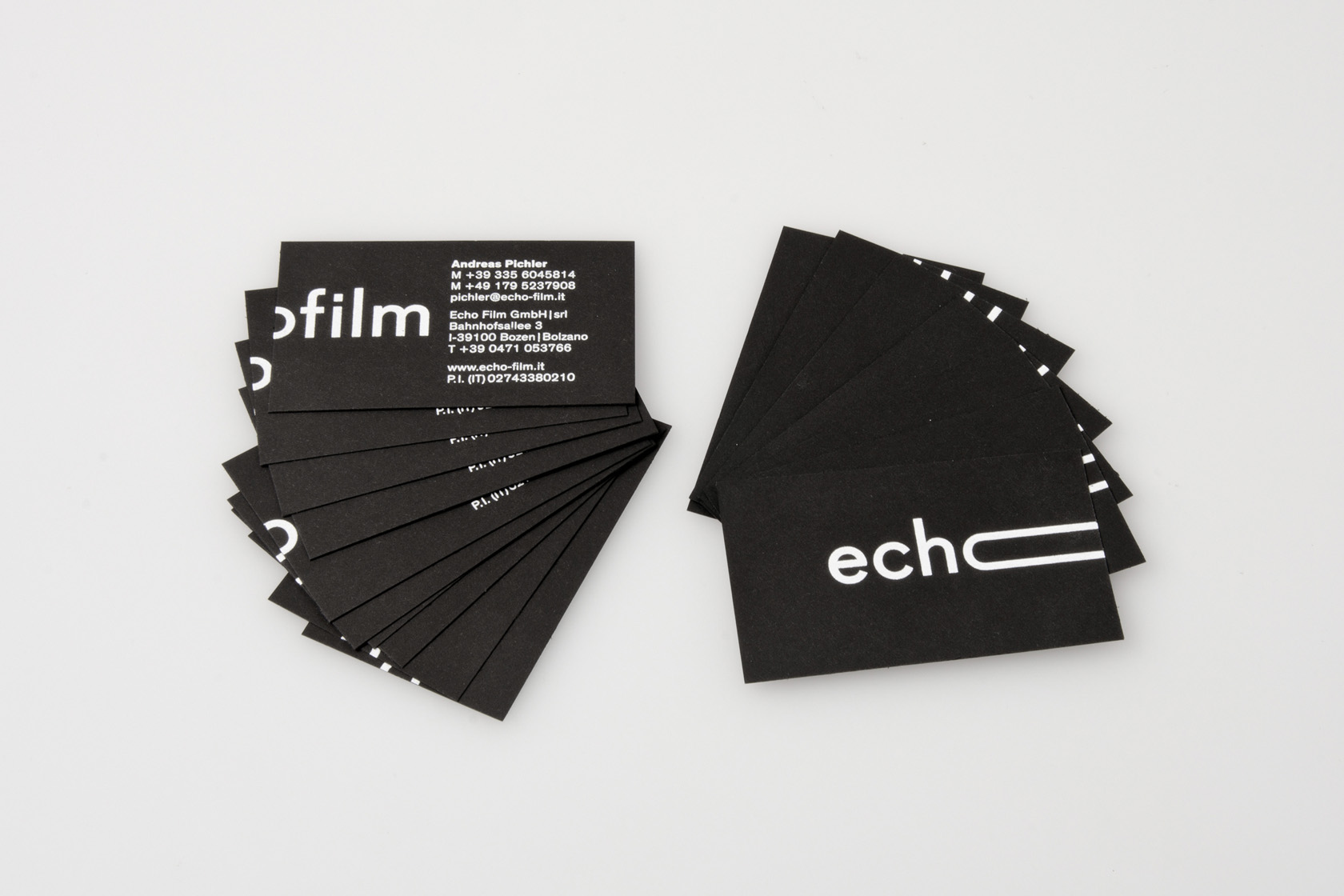 The South Tyrol-based Echo Film team has been developing and producing feature and documentary films for the international market since 2012, and acts as a service producer for film production in both the Alpine region and Italy.

Impact, resonance also outside territorial boundaries, extended relationships, filmstrips: The Echo Film logo represents all these stimuluses. Different variations of its appearance on business card, stationery, postcard and website show a non-standard O in the lettering, which varies continuously in its length. 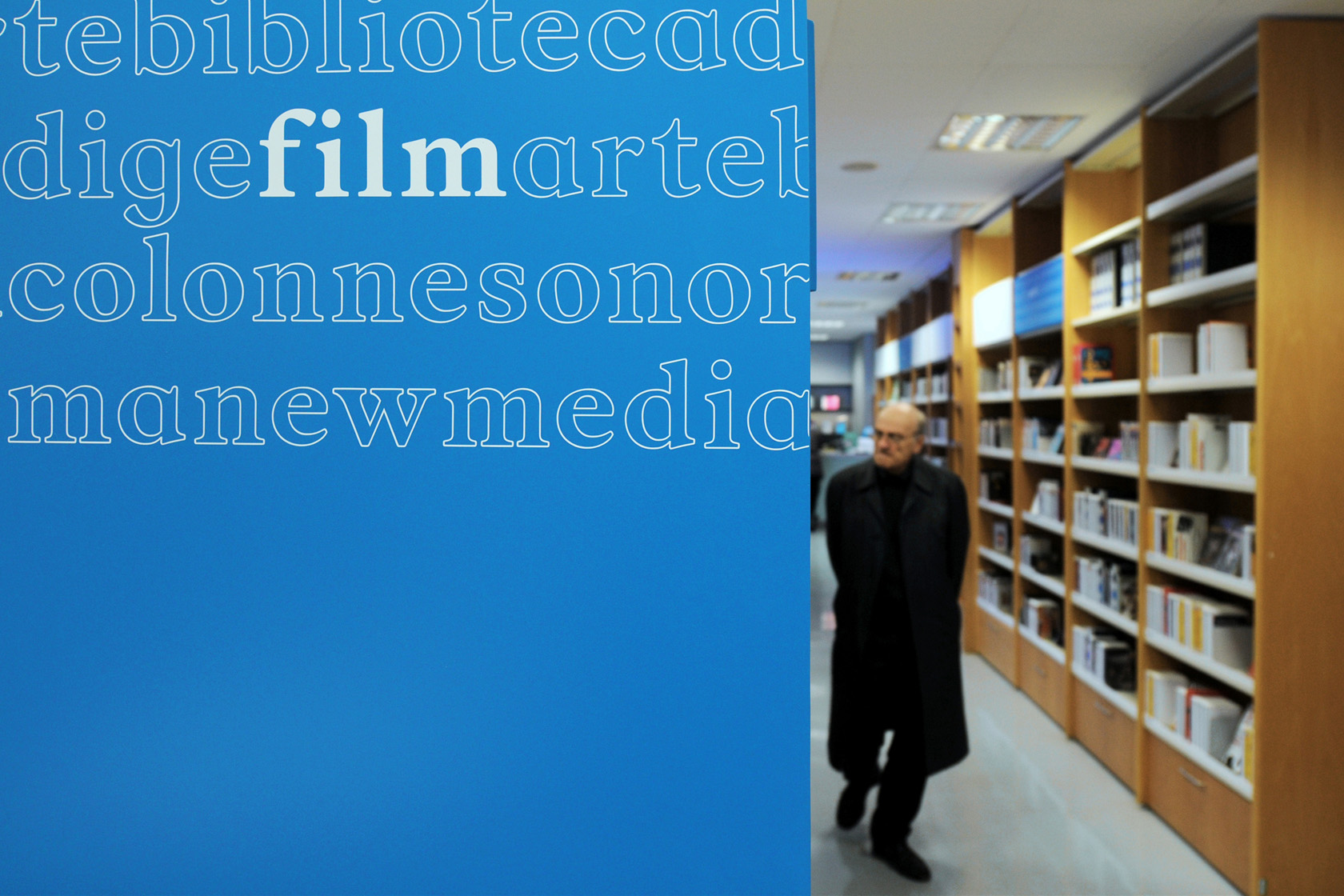 Wayfinding system and communication campaign for Centro Audiovisivi in Bolzano, a platform for audiovisual culture 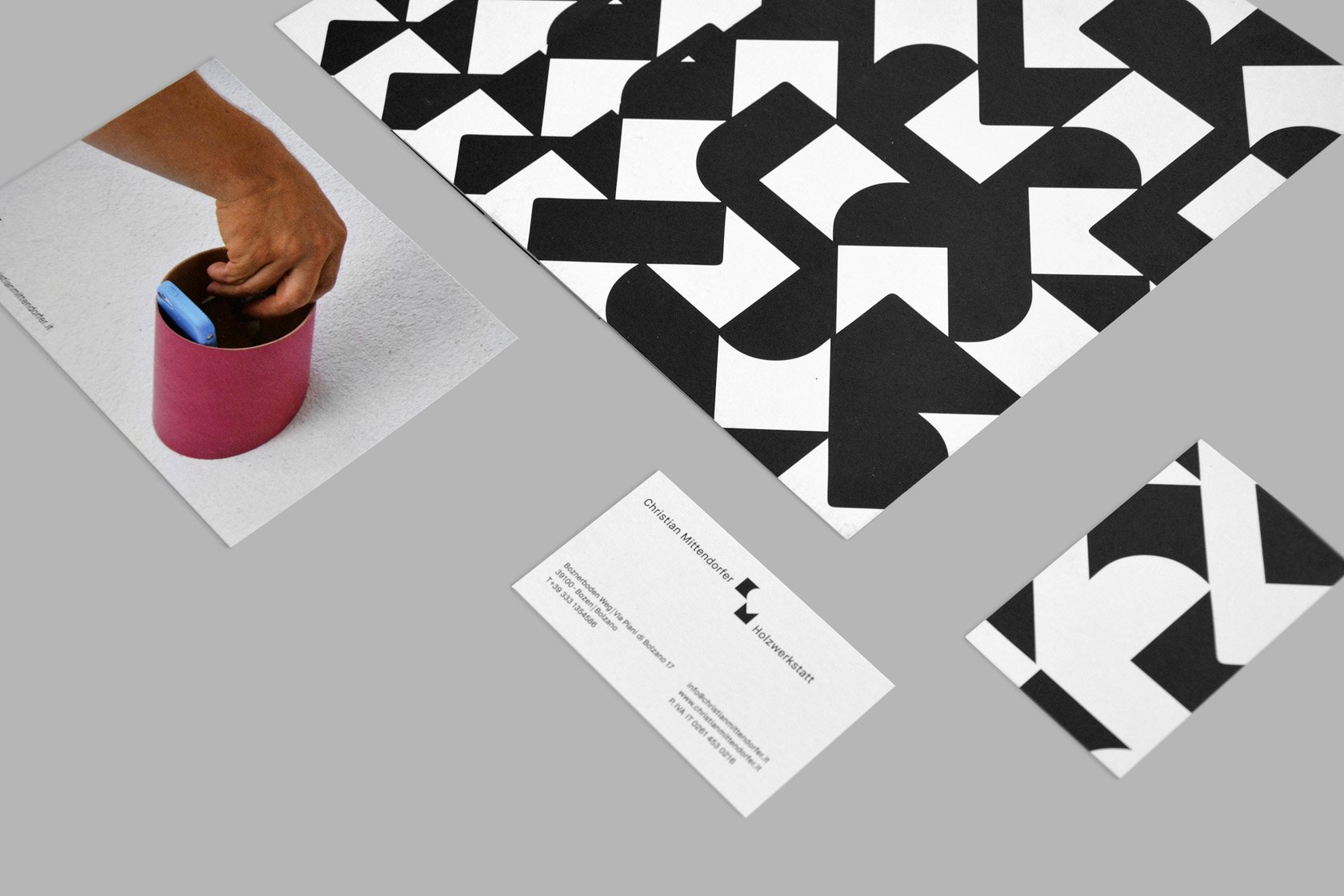