Fragments of the women’s movement in South Tyrol

“My belly belongs to me” and “The other half of heaven” was demanded by the second women’s movement of the late sixties and seventies. The Bolzano Women’s Archives follows the footsteps of this social movement and recounts in fragments how women progressively demanded and eventually gained more self-determination, more rights and more freedom. Lupo Burtscher co-developed the content of the exhibition, was responsible for its exhibition design, and its visual identity. 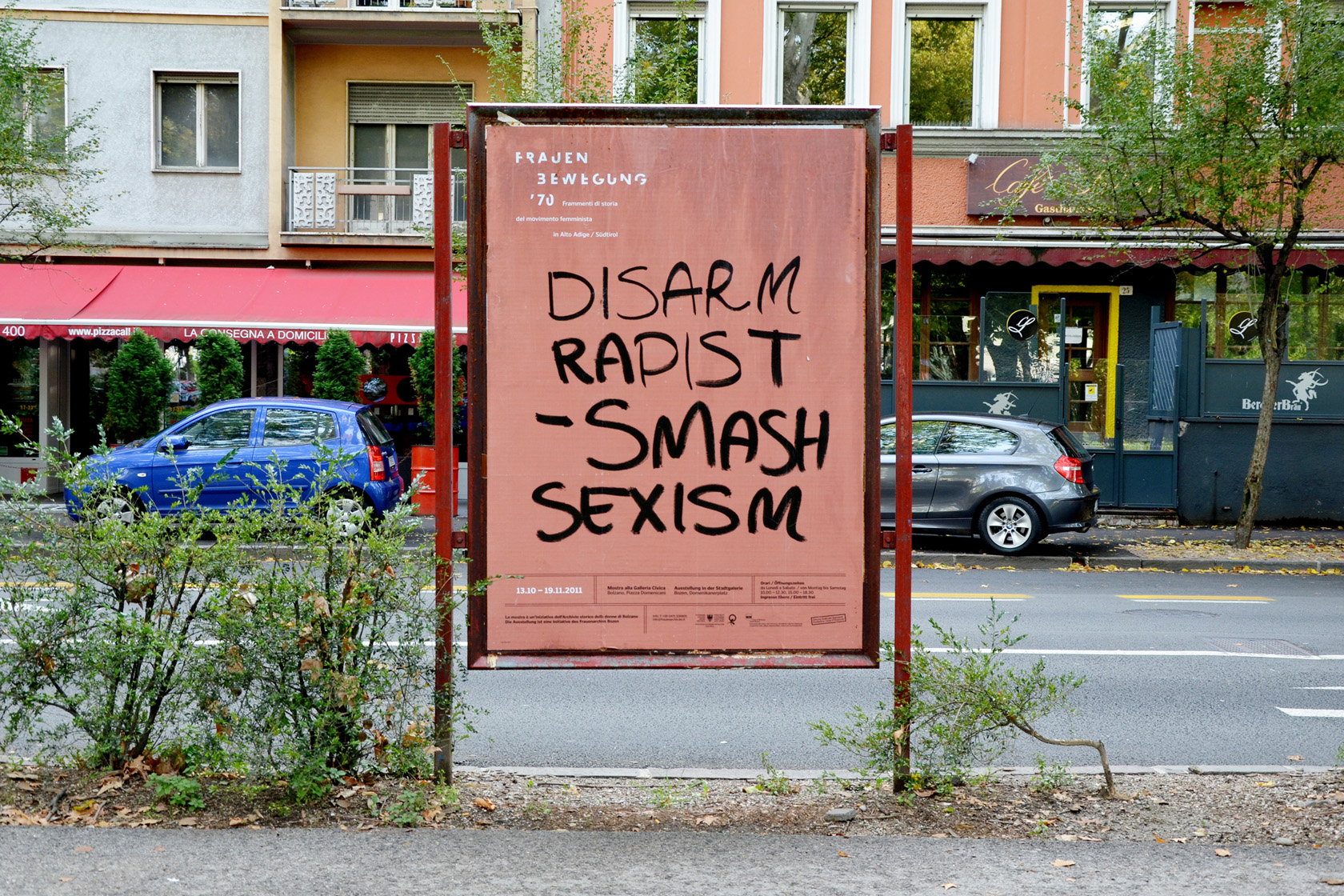 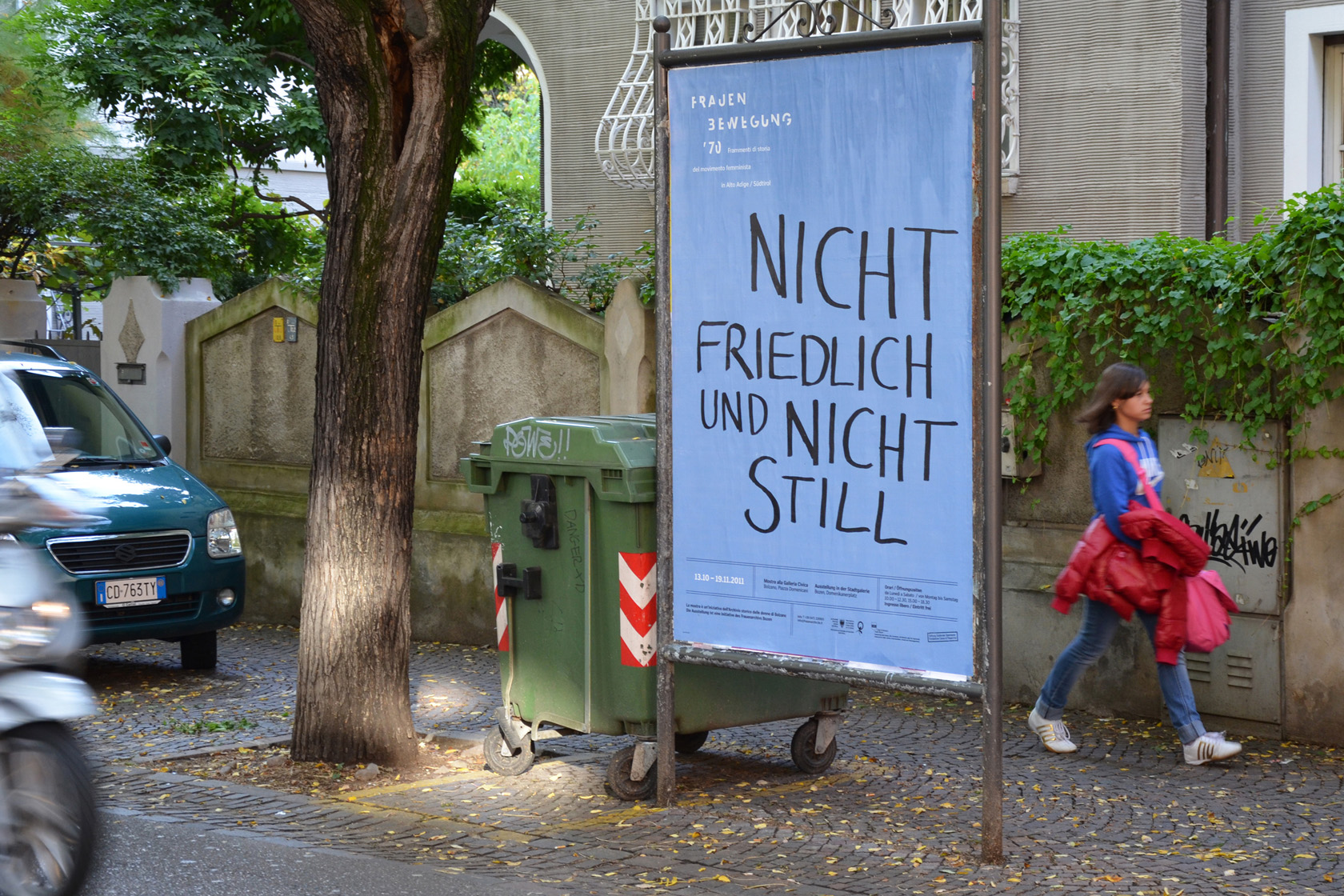 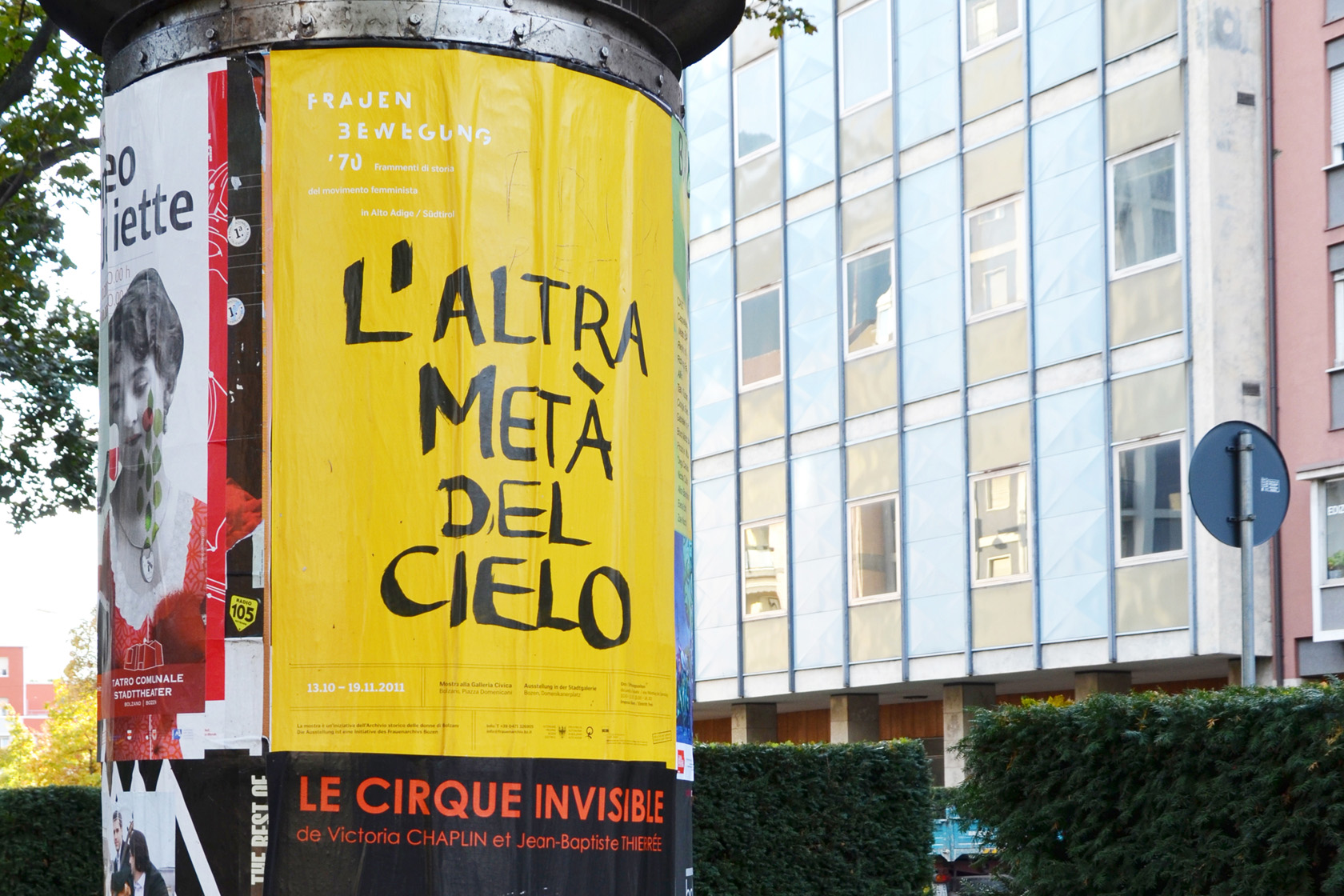 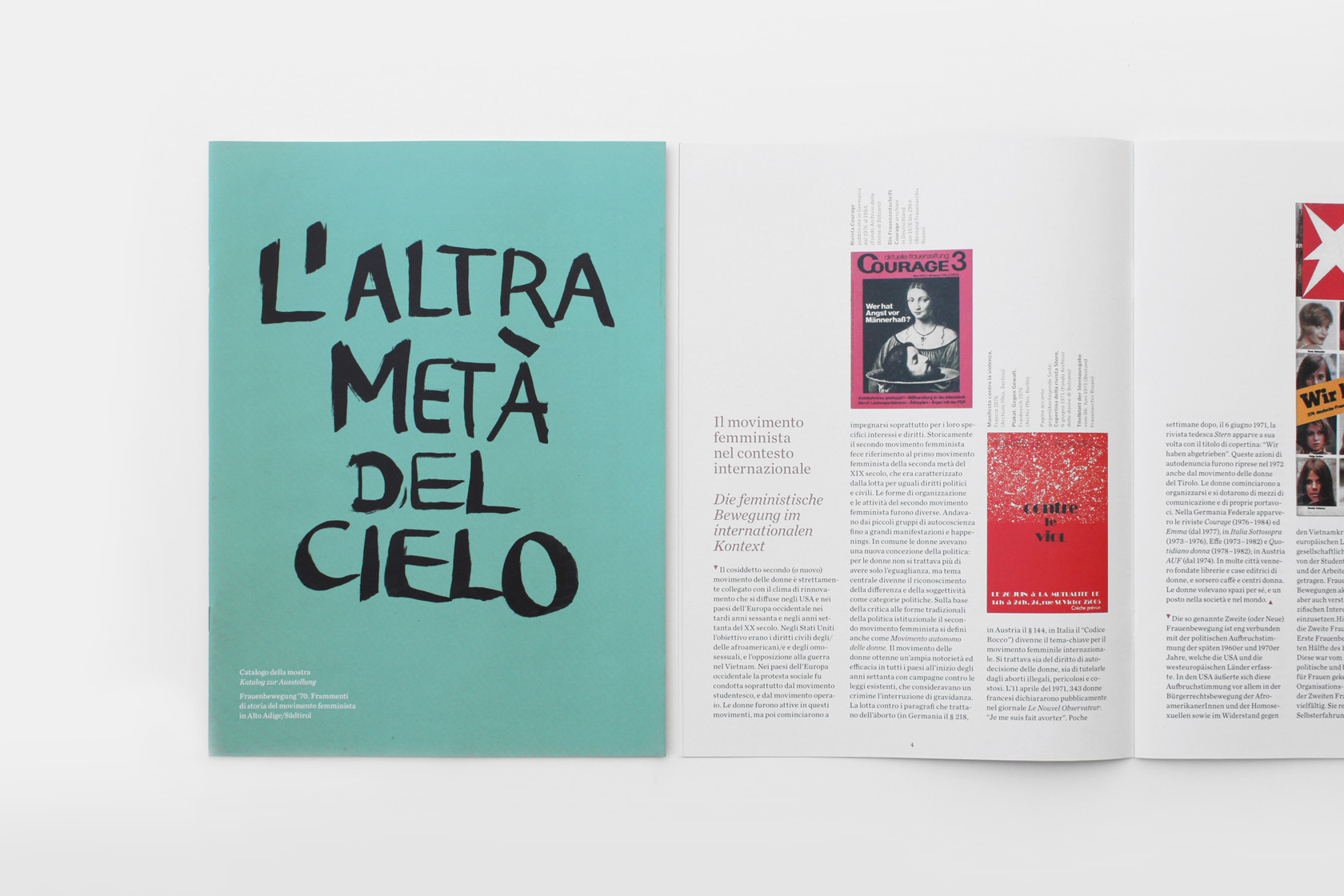 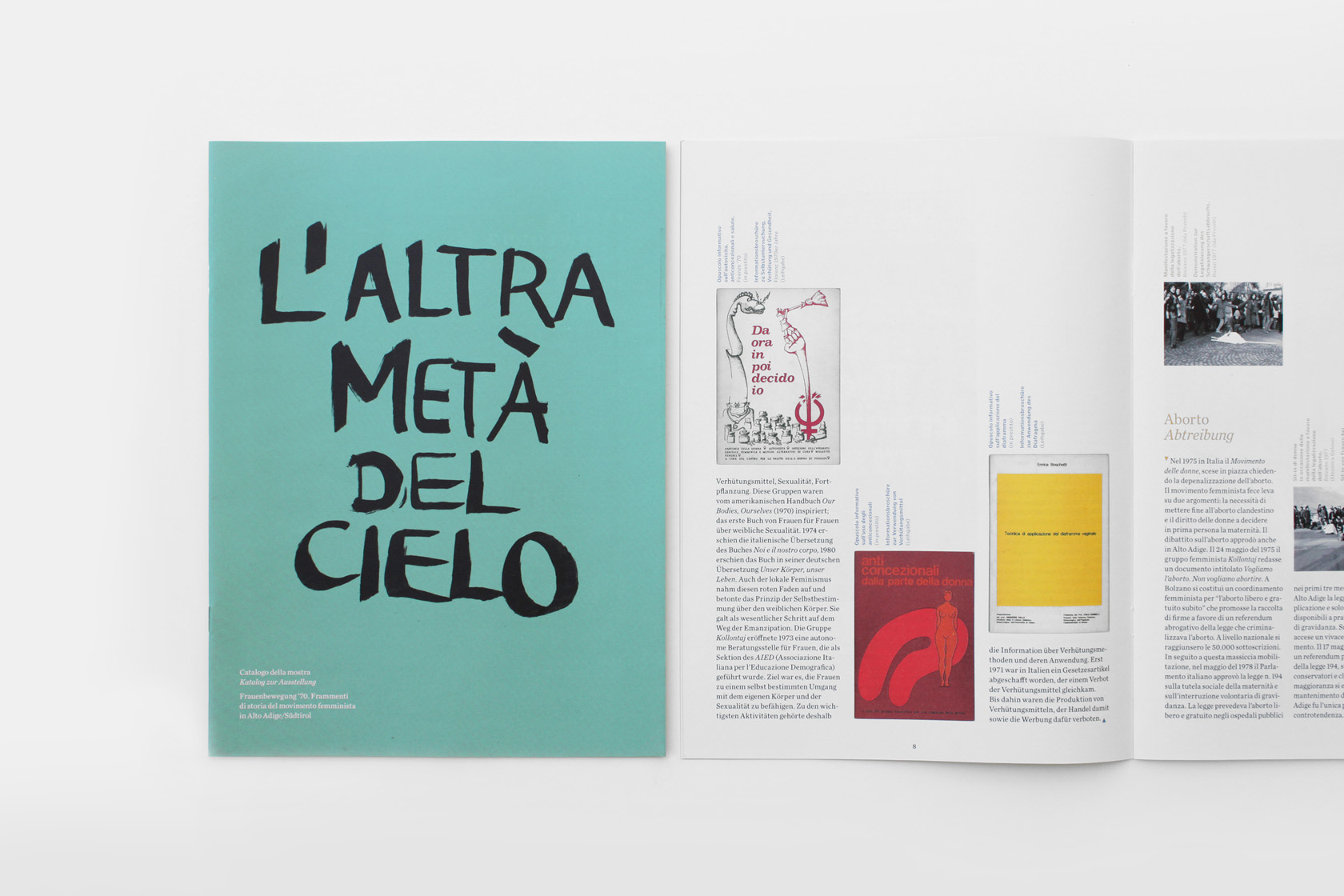 For the exhibition in Bolzano’s Stadtgalerie, Lupo Burtscher worked extensively with the topic and worked out a visual strategy that would revive the anger and power that was sparked during this period. Slogans that have barely lost their validity were displayed in large format and handwritten on billboards throughout the city. A bilingual exhibition catalogue with informative texts and visual documentation was available free of charge.

The title of the exhibition, Frauenbewegung ’70 – Fragments of the feminist movement in South Tyrol, obtains a recognisable signature made up of fragments of letters of the alphabet – in reference to the fragmentary nature of narration during this period, which is one based on personal documents and accounts. 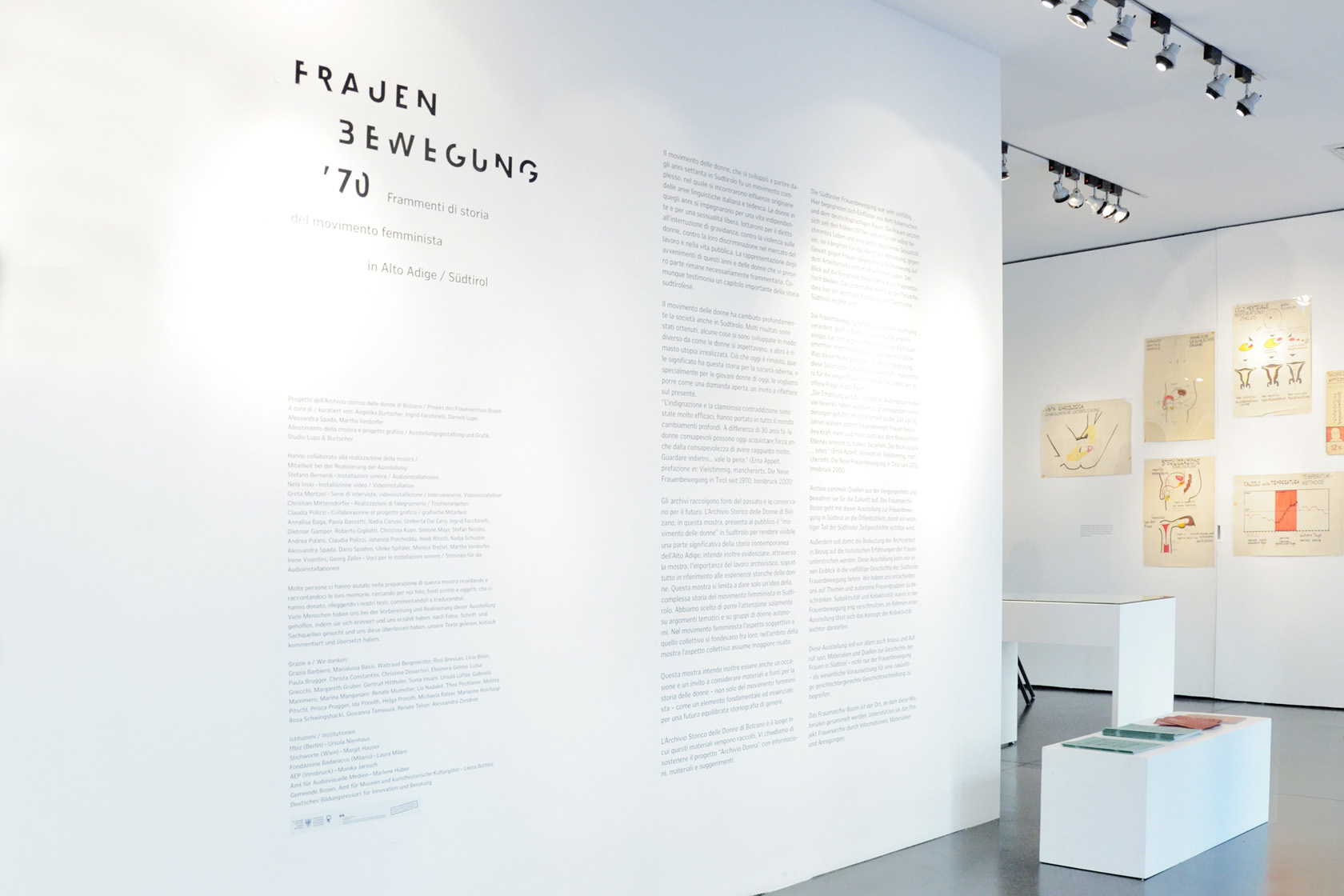 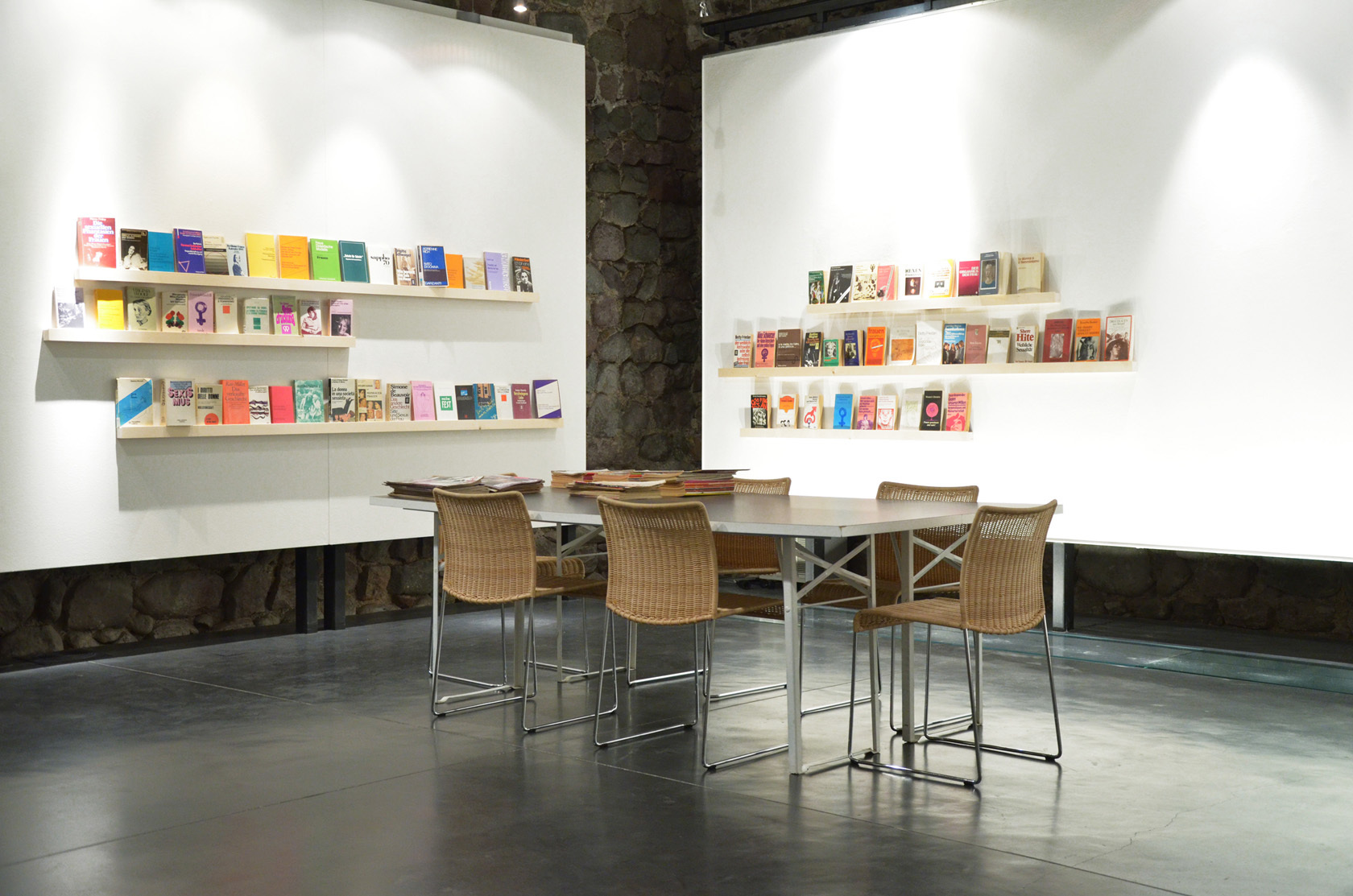 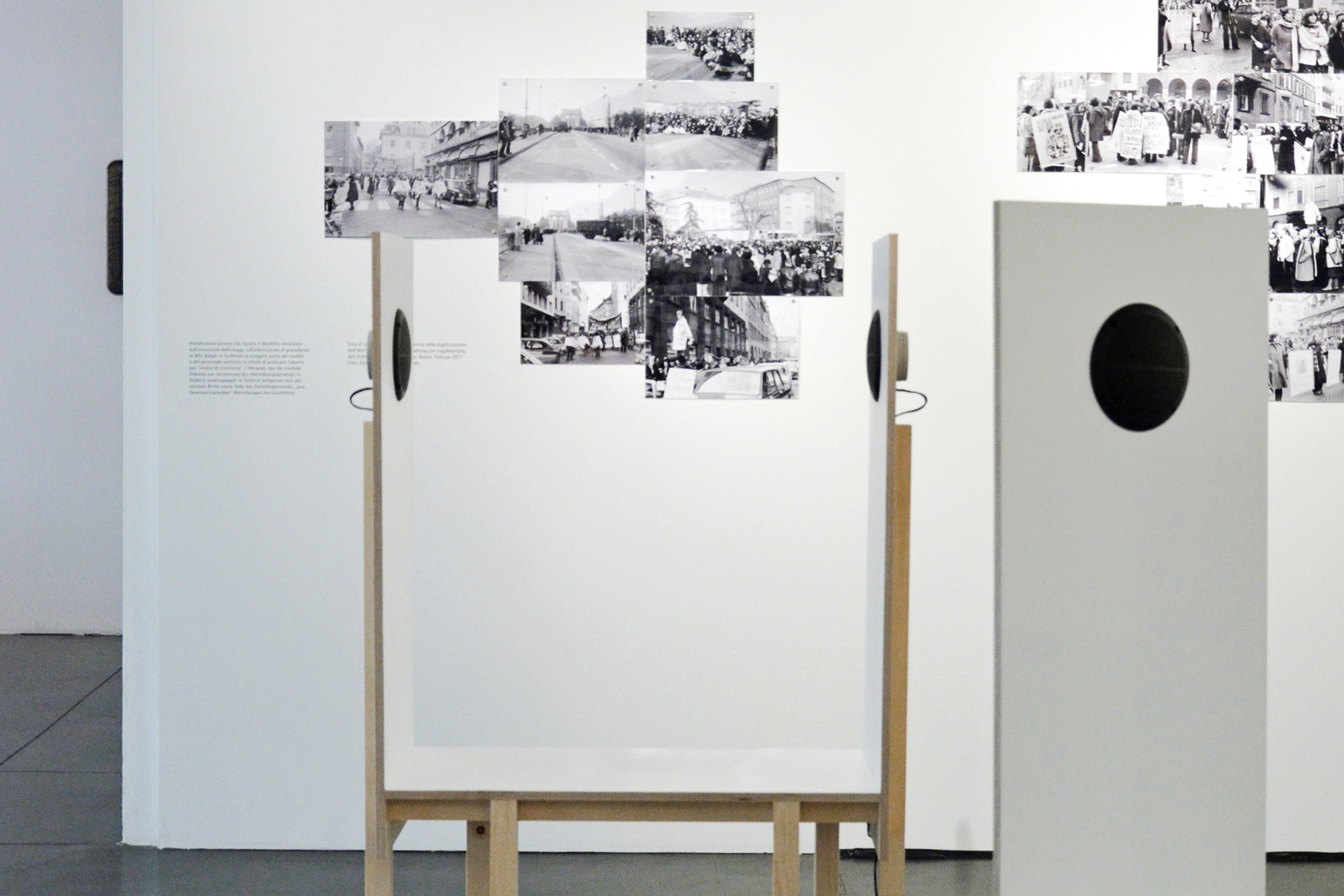 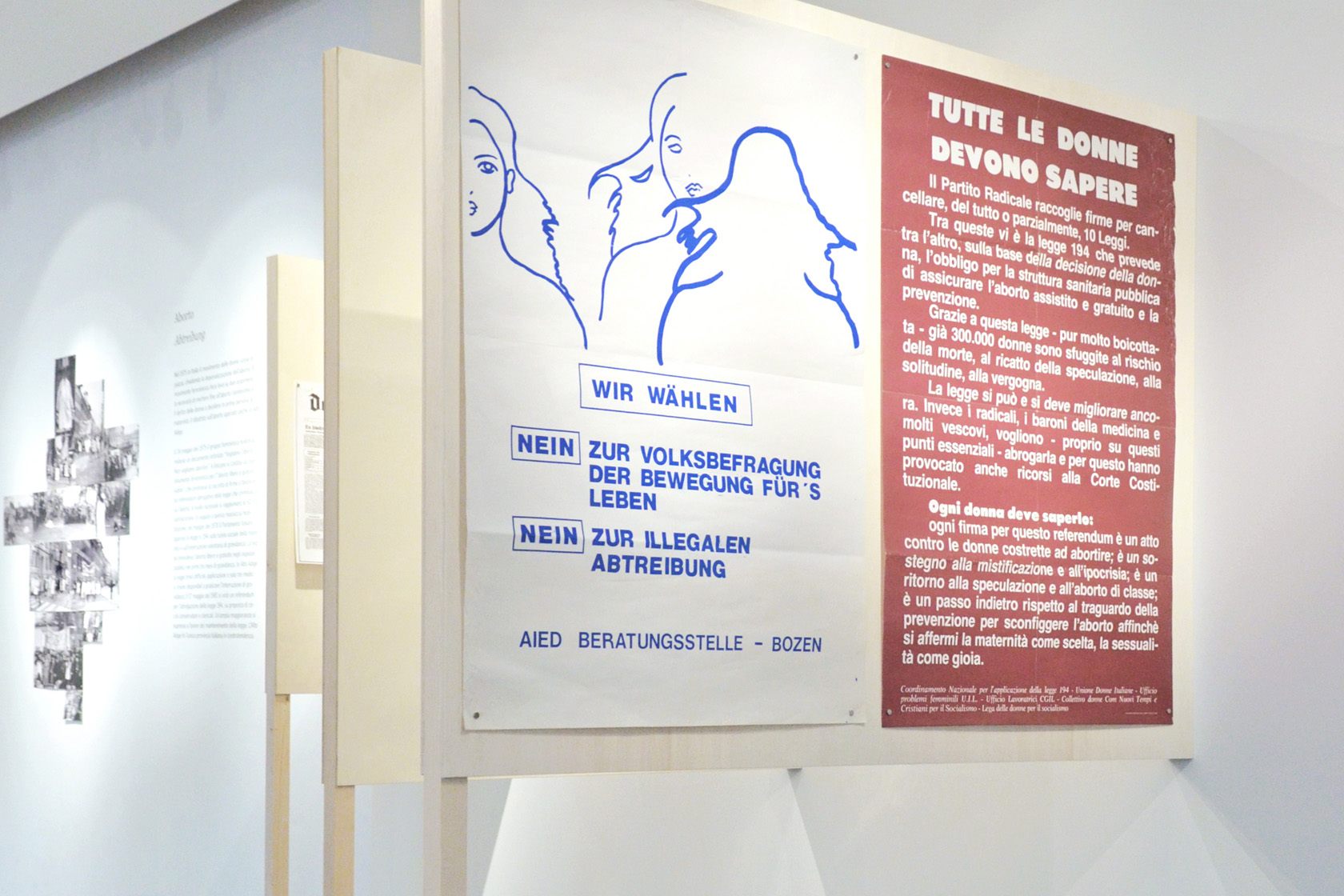 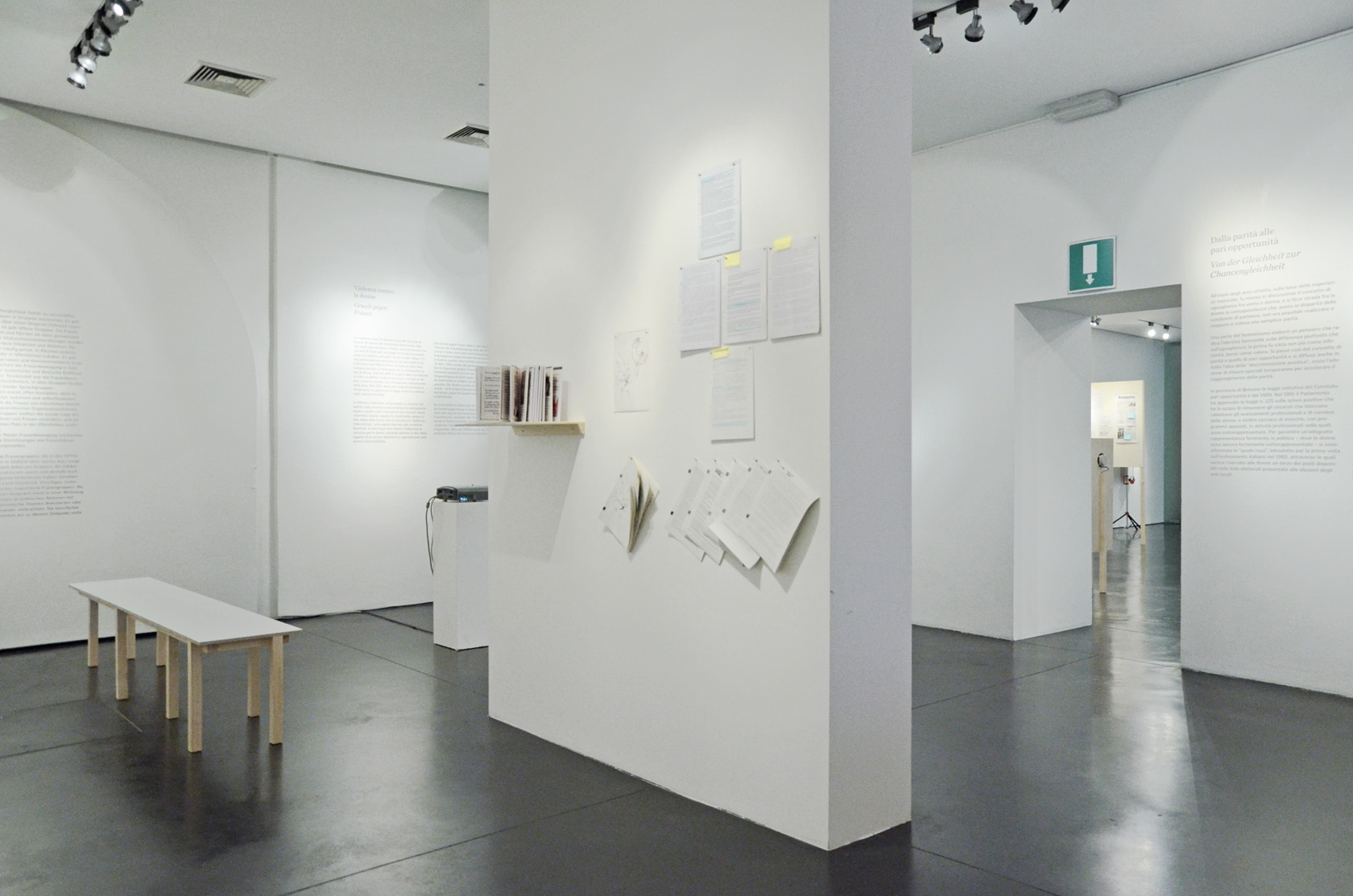 Lupo Burtscher have taken up three main themes of the women’s movement and then curated this contribution. Together with filmmaker Greta Mentzel, a series of interviews were designed to display important topics for women today from the perspective of both genders. An animated film by Nela Märkli broaches the subject of abortion, and a public space sound installation by Stefano Bernardi reminds us, among other things, of the loud demonstrations of half a century ago. 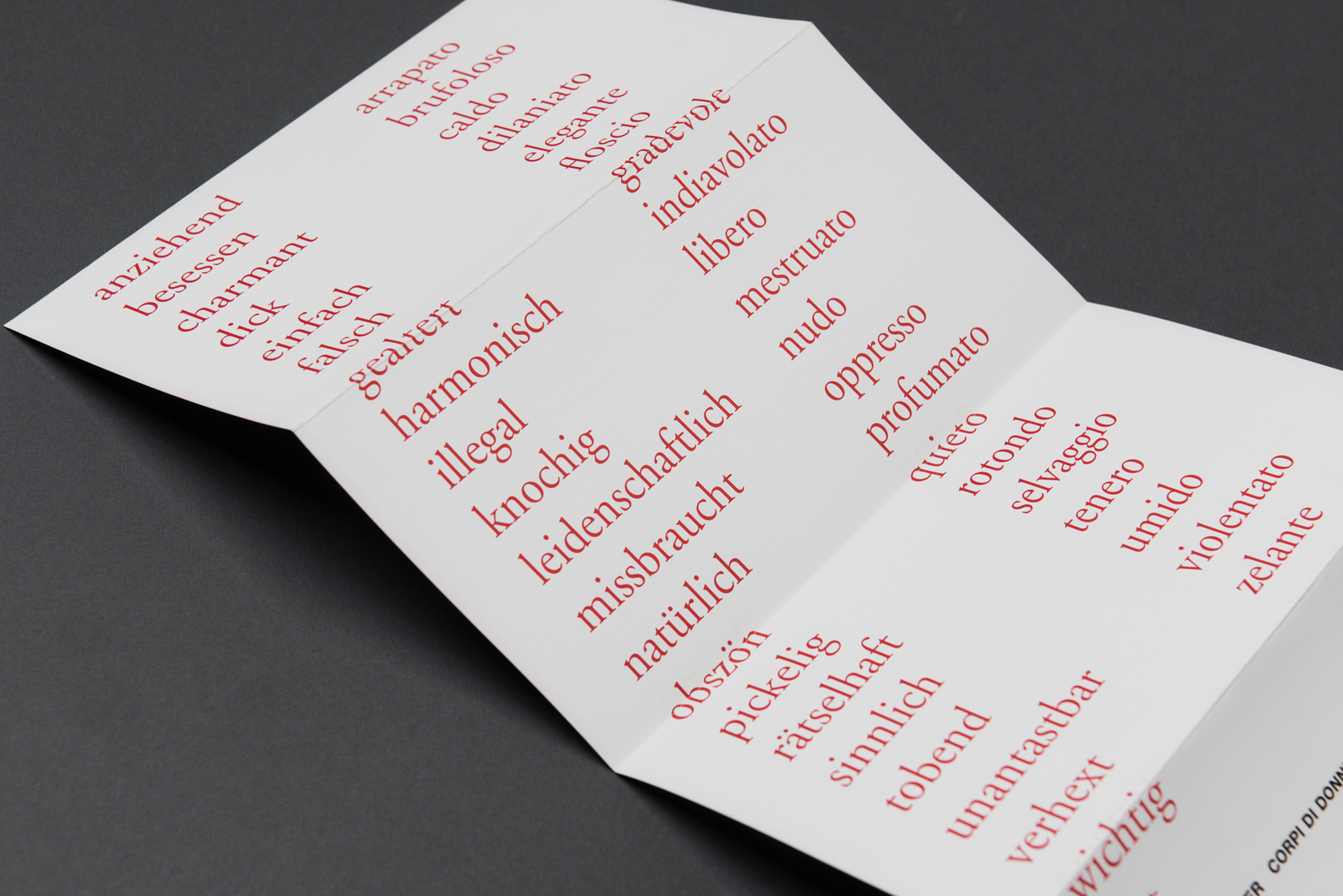