The snake whispers in the ear of a frog, the frog says something to the blackbird: what is the message that they pass one another? A game, a secret or a story? The second book of les cerises is inspired by the Chinese whispers-game that Chiara Camoni drown, and that unfolds one thousand and more stories! Lupo Burtscher realised the graphic design of the book. 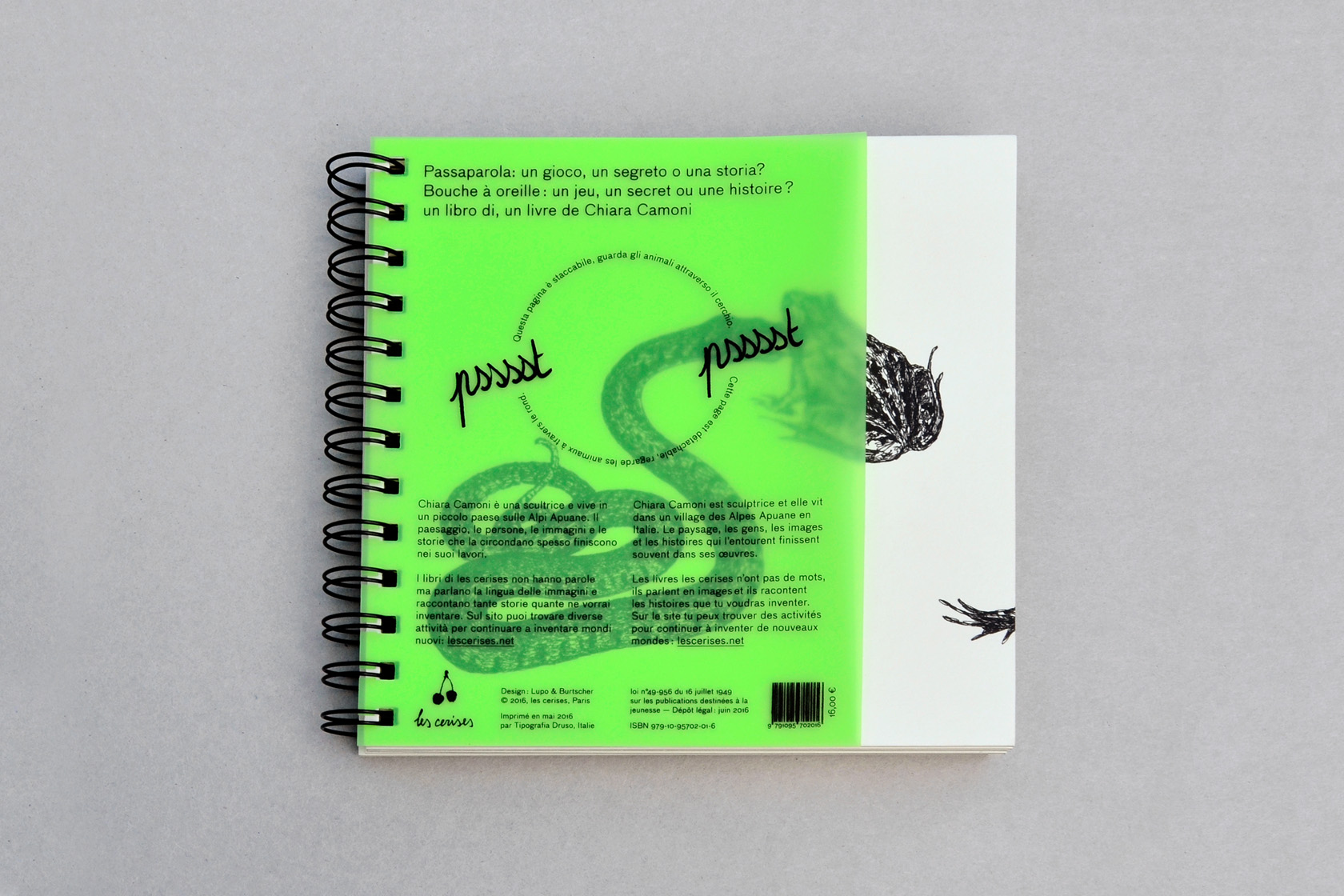 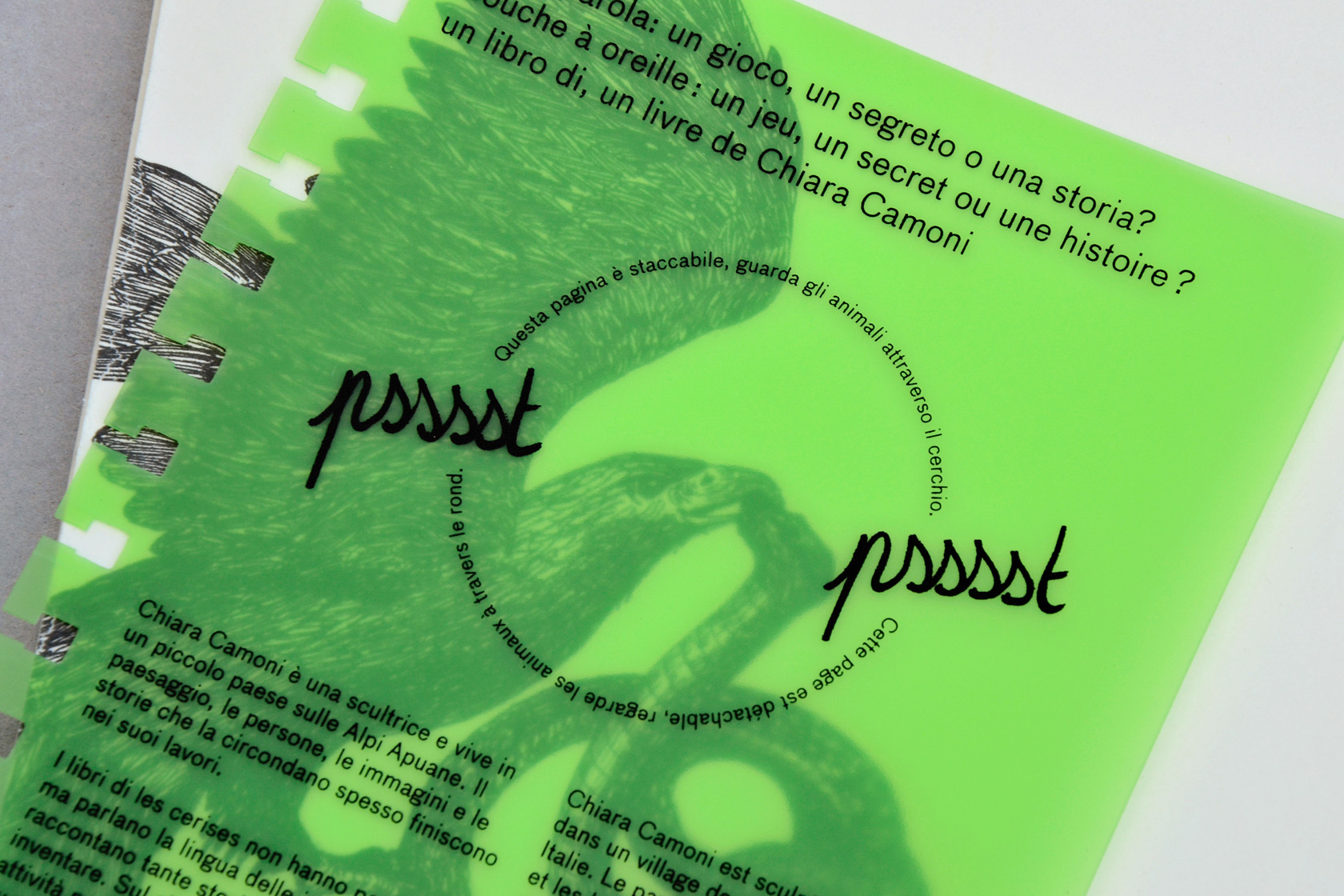 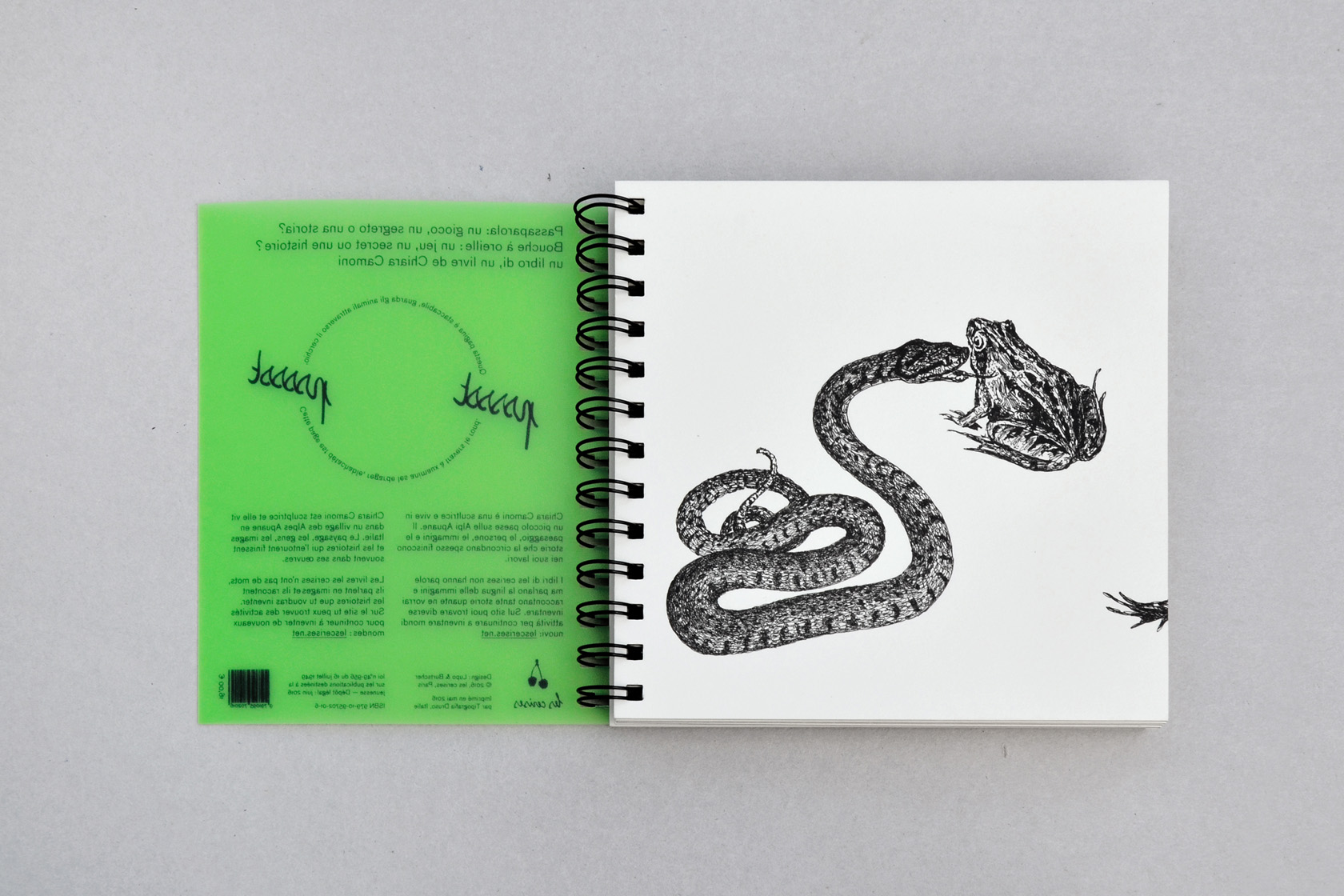 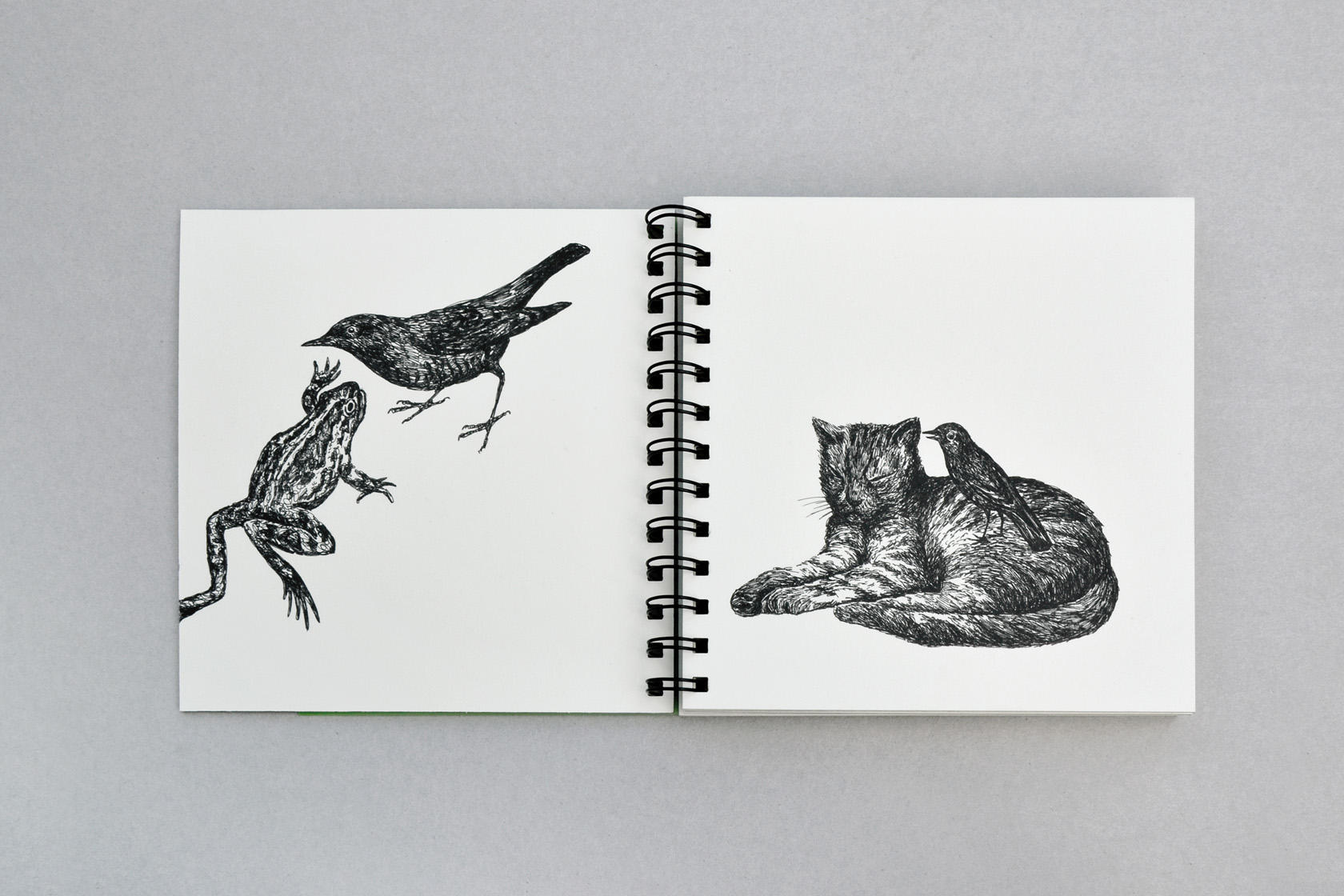 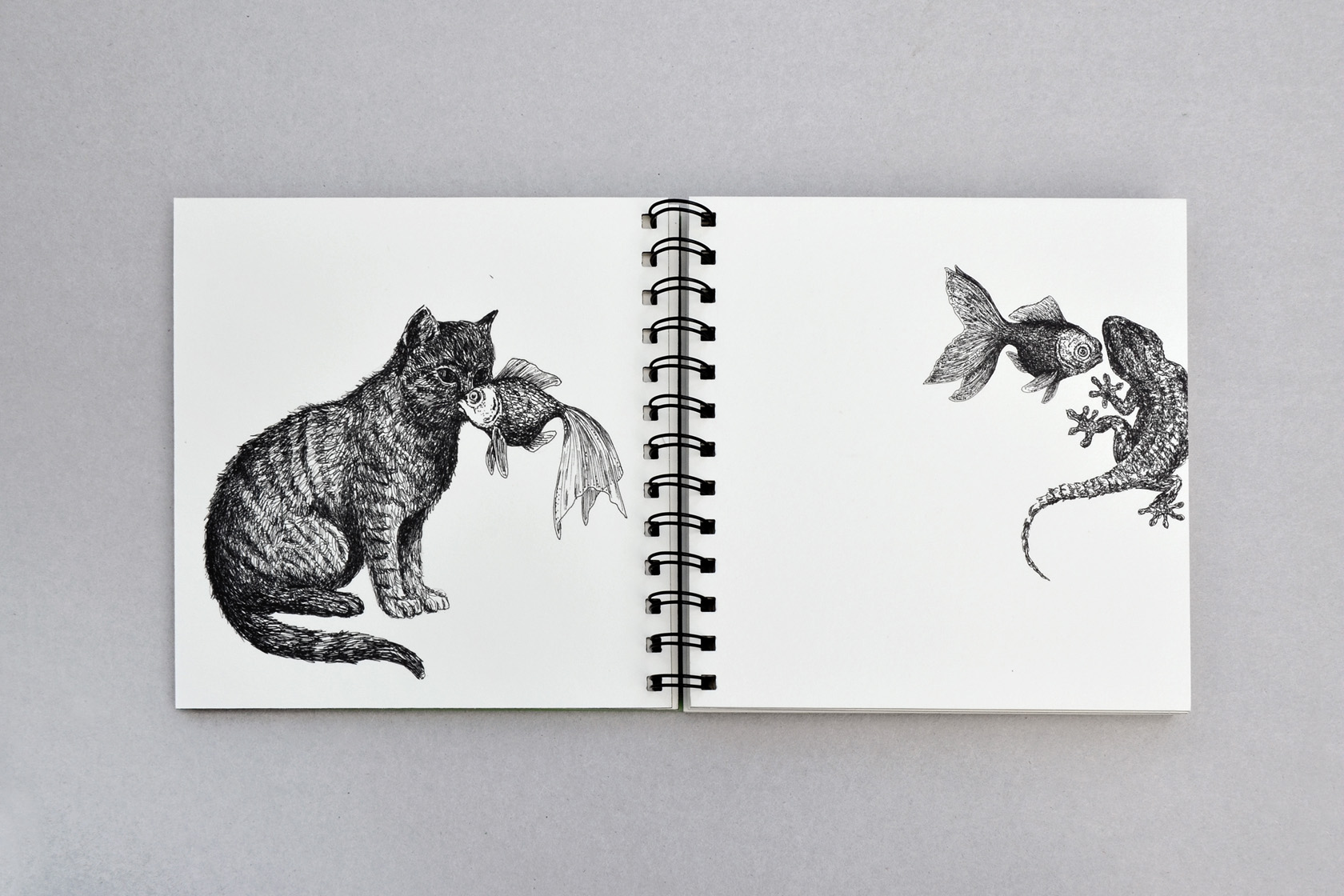 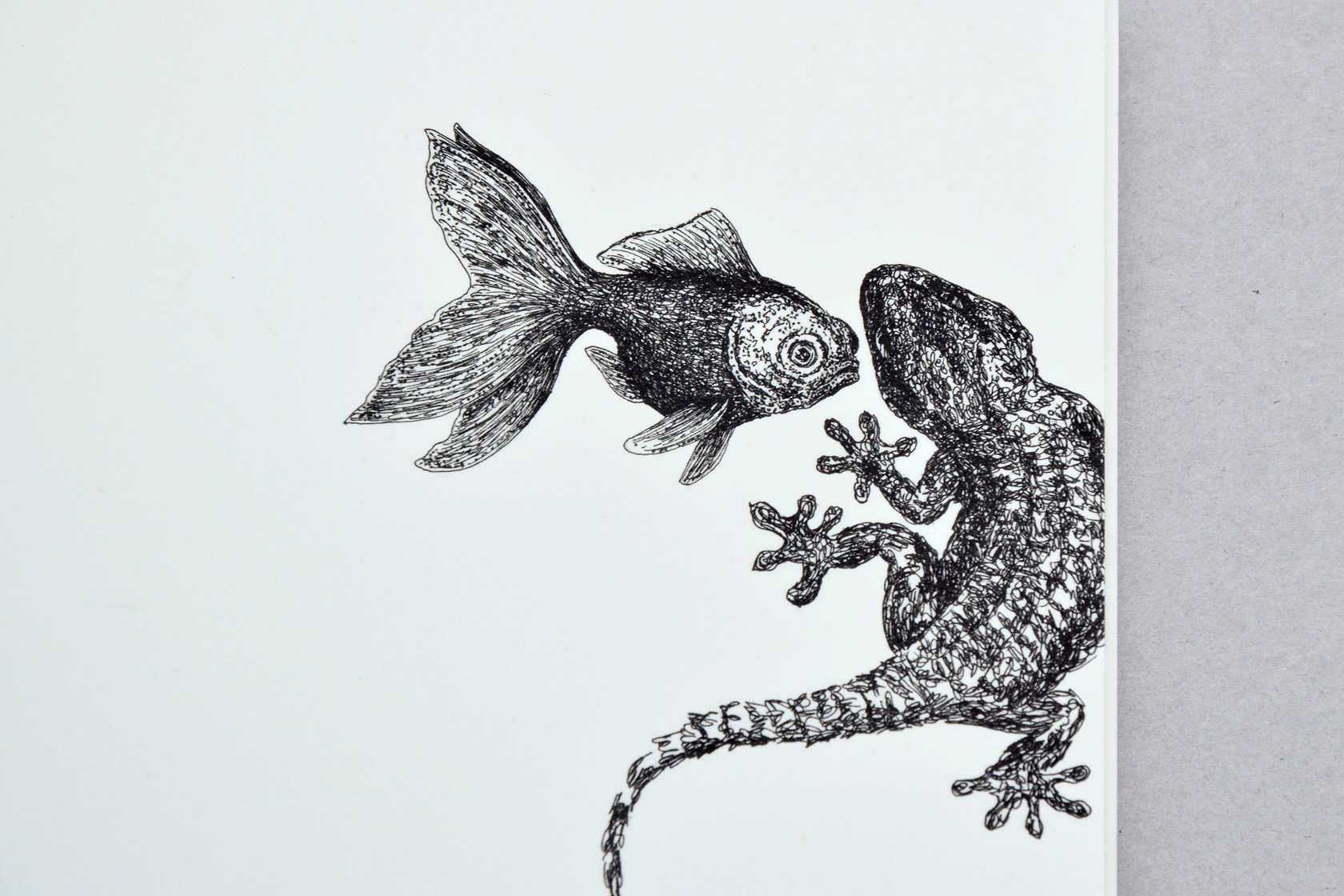 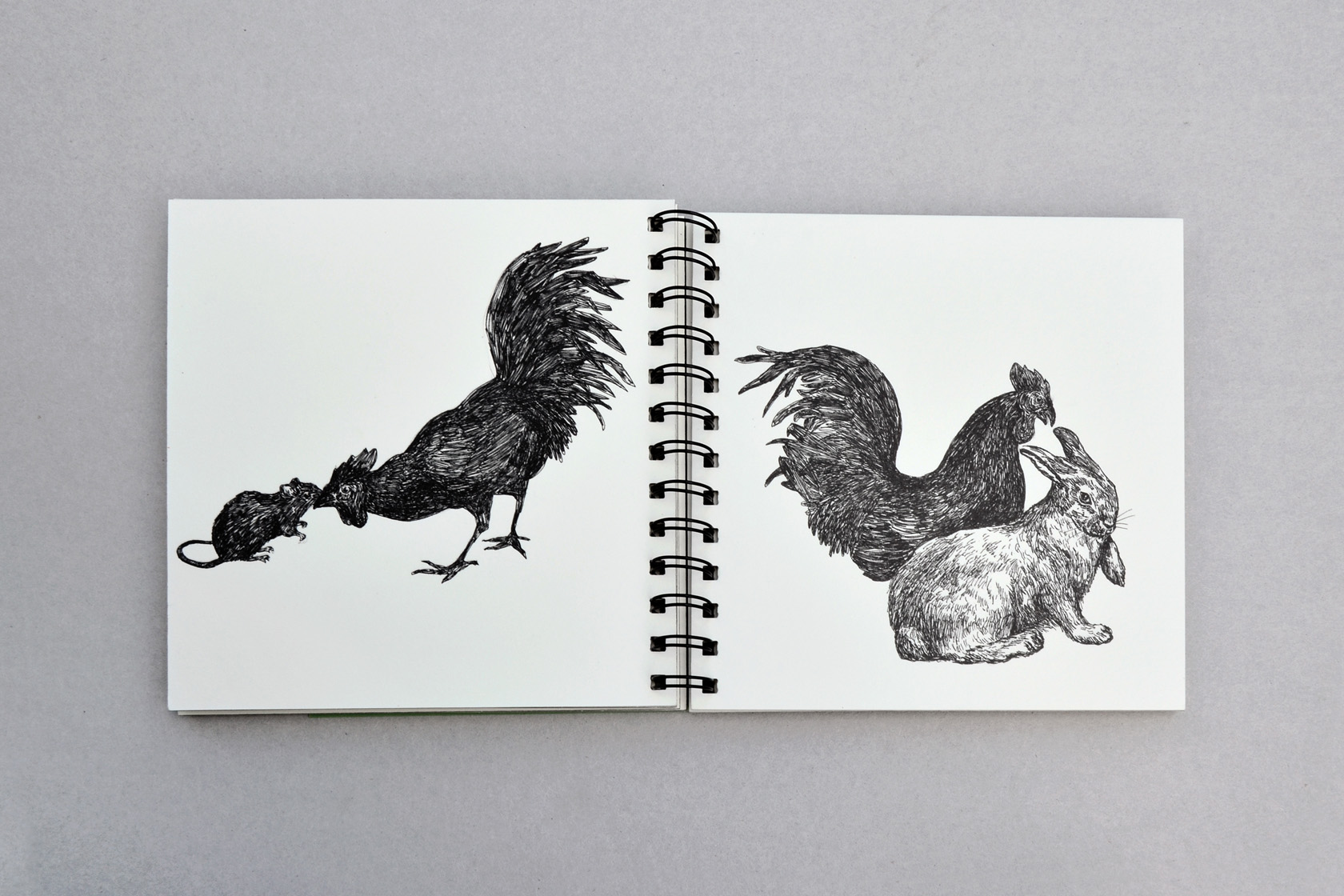 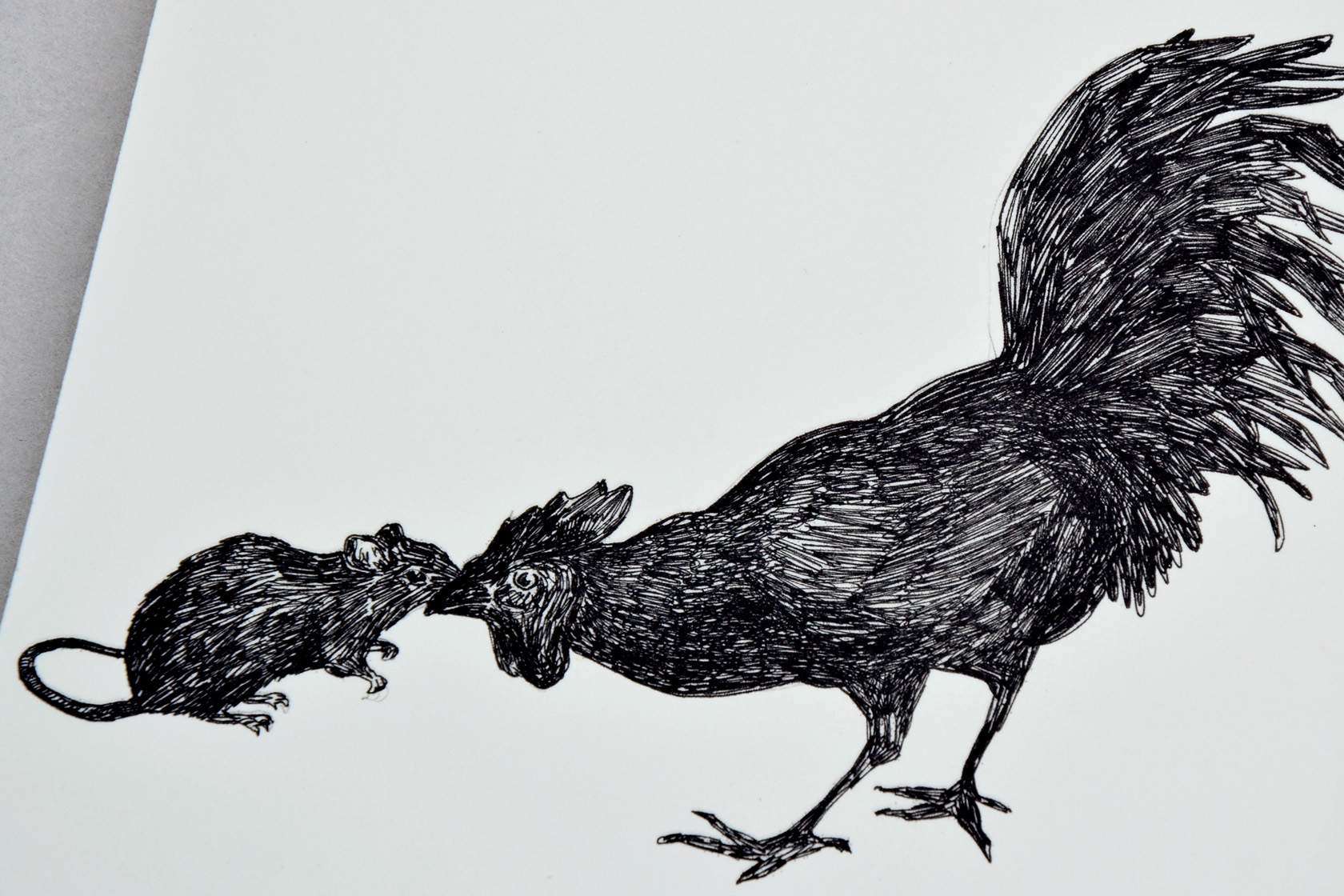 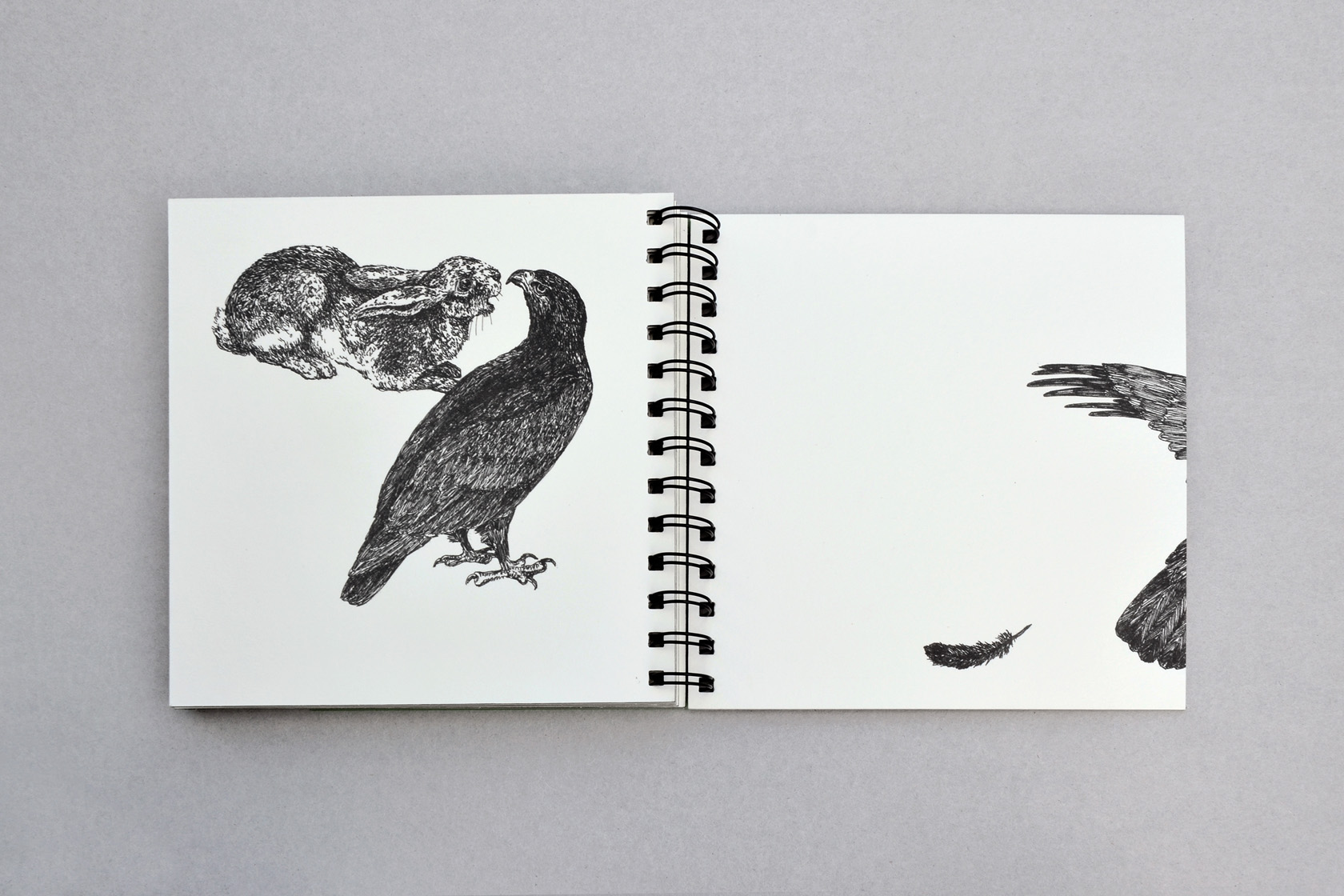 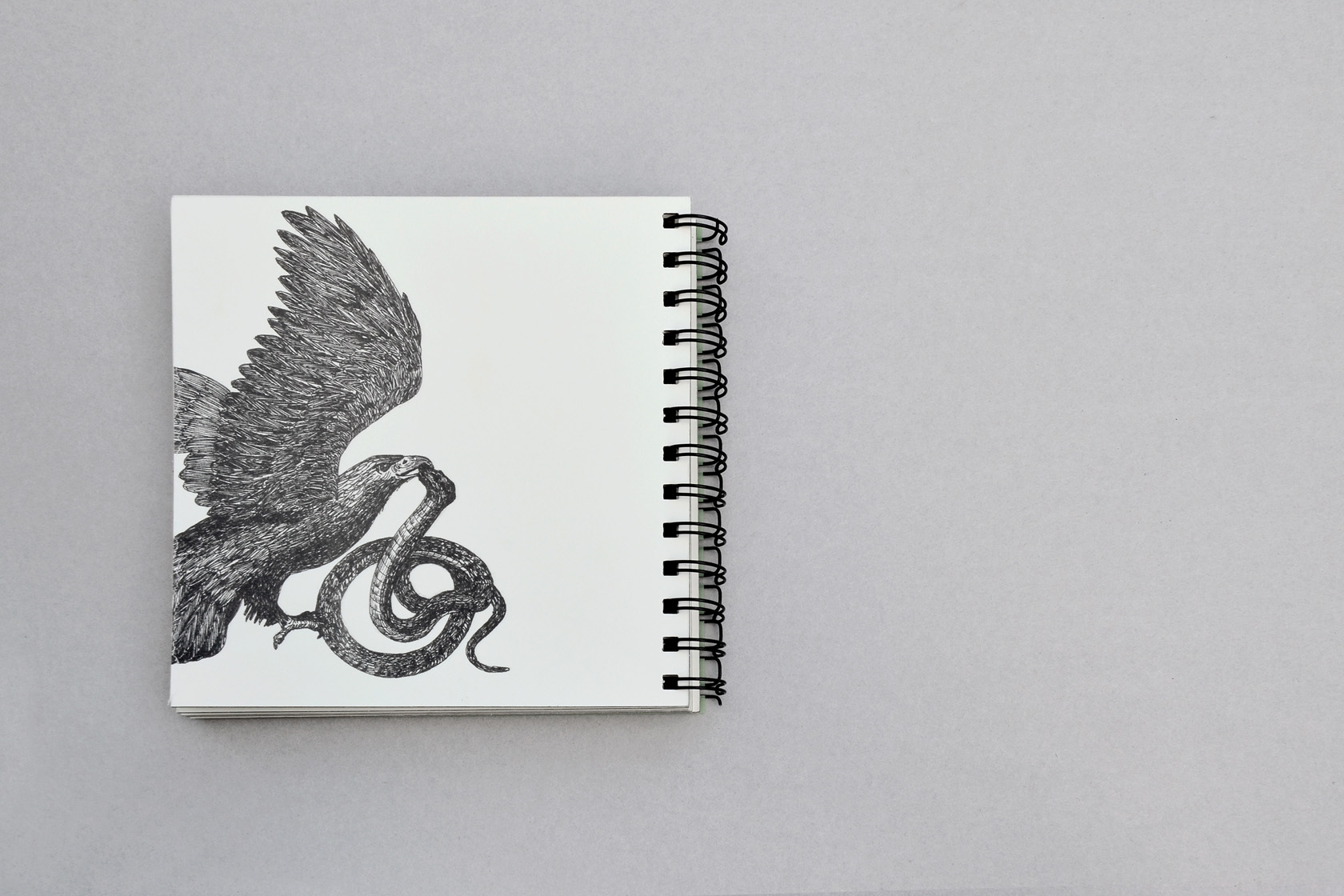 With this book Chiara Camoni represents a silent word of mouth from one animal to another, which does not tell a single story but leaves space for the reader’s imagination. Chiara Camoni’s poetics is based on an artistic investigation of the passing of time, of the analysis of nature and of its creative power. Designed with a detachable cover, Psssst Psssst is a book without beginning or end, which can be read from any page and continuously browsed.

Chiara Camoni is a visual artist who works with sculpture. She lives in a small village in the Apuan Alps; from her house she sees the sea below, the marble quarries above. The surrounding landscape, the things she has seen, the stories she reads, the people she meets often end up in her works that look simple and arcane at the same time.

les cerises is a publishing project of silent books commissioned to artists, designers, architects, who are invited to make a children’s book for the first time. The books are published as limited editions. Form, material and size are each time discussed with the author, so that they can be interpreted and narrated by children themselves – and by adults, too. The reader is asked to add their own words to the visual stories, thus making them every time different, ever-changing, new, and multilingual. 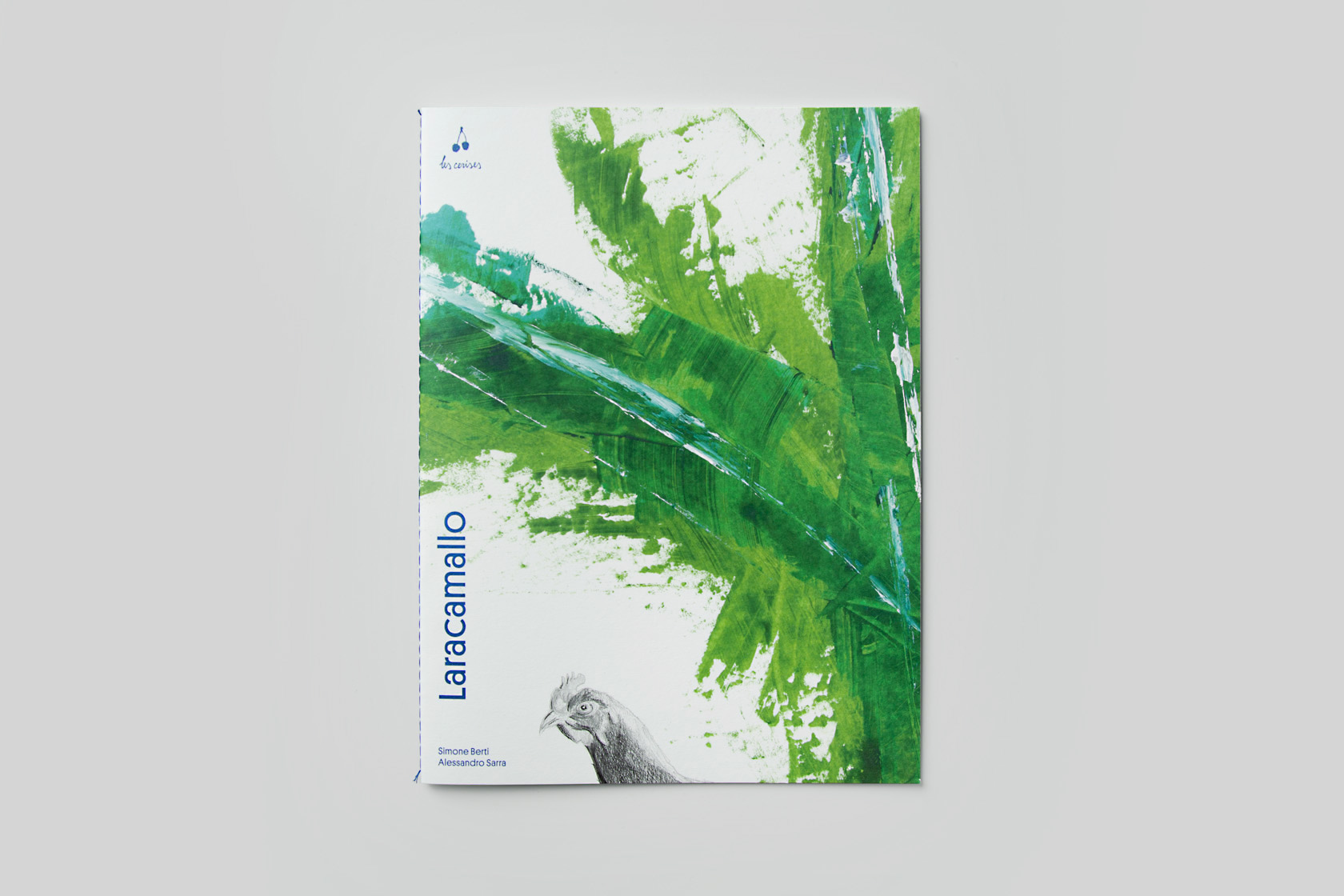 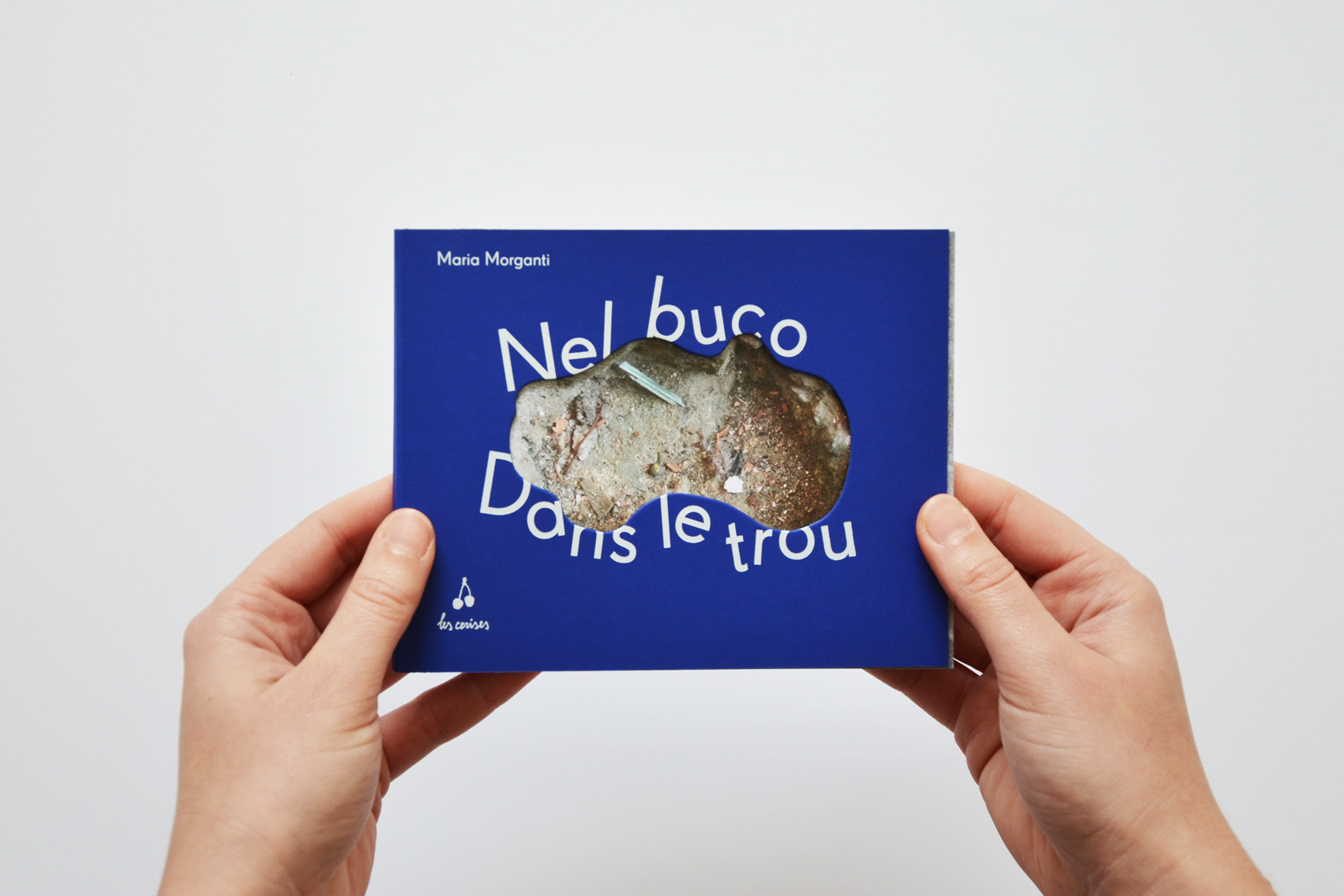 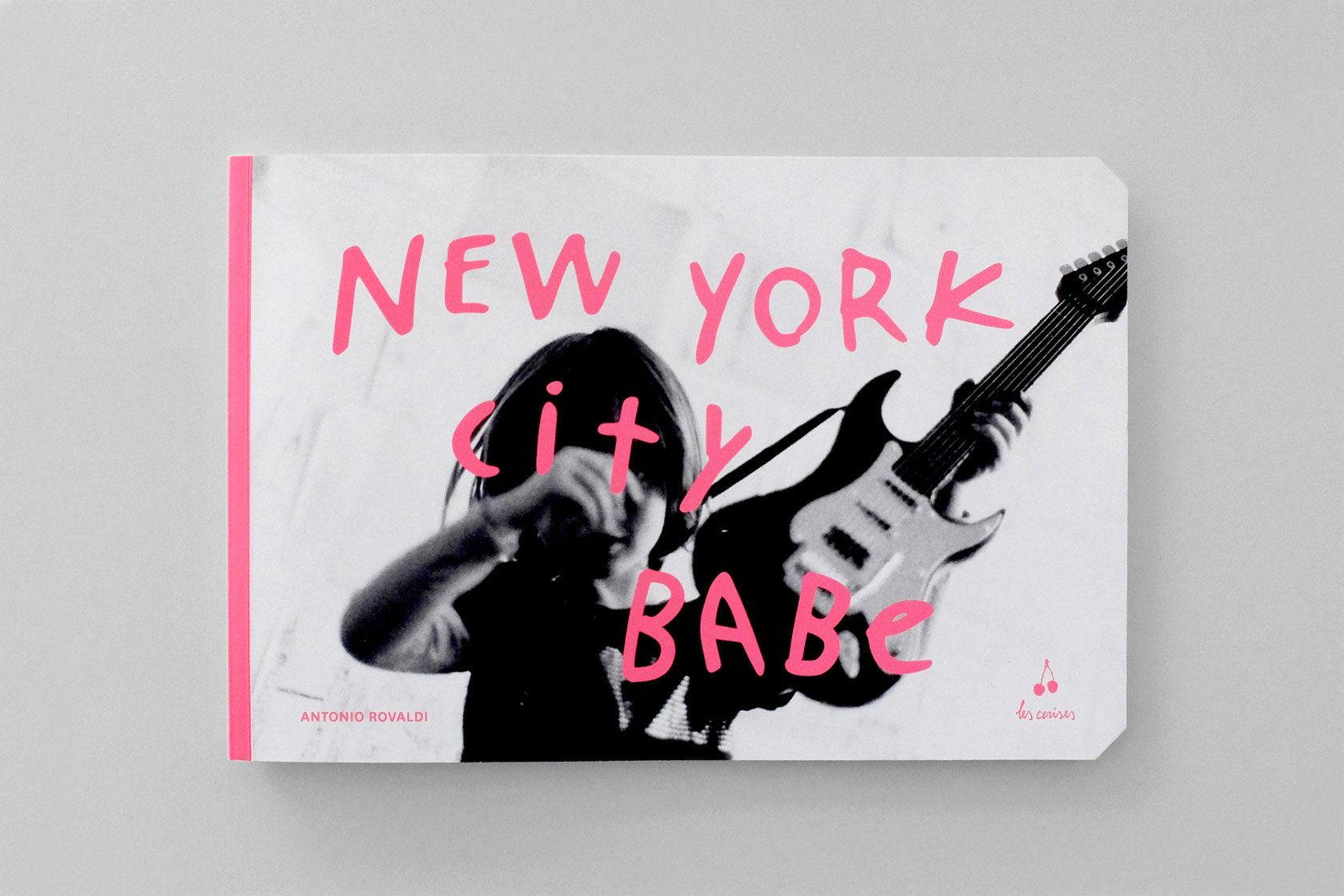